Thank you for inviting me to Montreal’s festival of ideas, if you will. To me, it’s up there and above all the other festivals the city has to offer – jazz, comedy, fireworks, car racing, lobster …..

The three-day conference on commerce and creativity at the Arsenal is always inspiring – as well as overwhelming.

I filled two notebooks with the ideas from some of the best, brightest – and highest – of our age, from 14-year-old Sabarish Gnanamoorthy on artificial intelligence to Snoop Dogg on Merry Jane to BuzzFeed’s Craig Silverman on the terrifying power of the algorithms feeding us information – true, false and extreme. 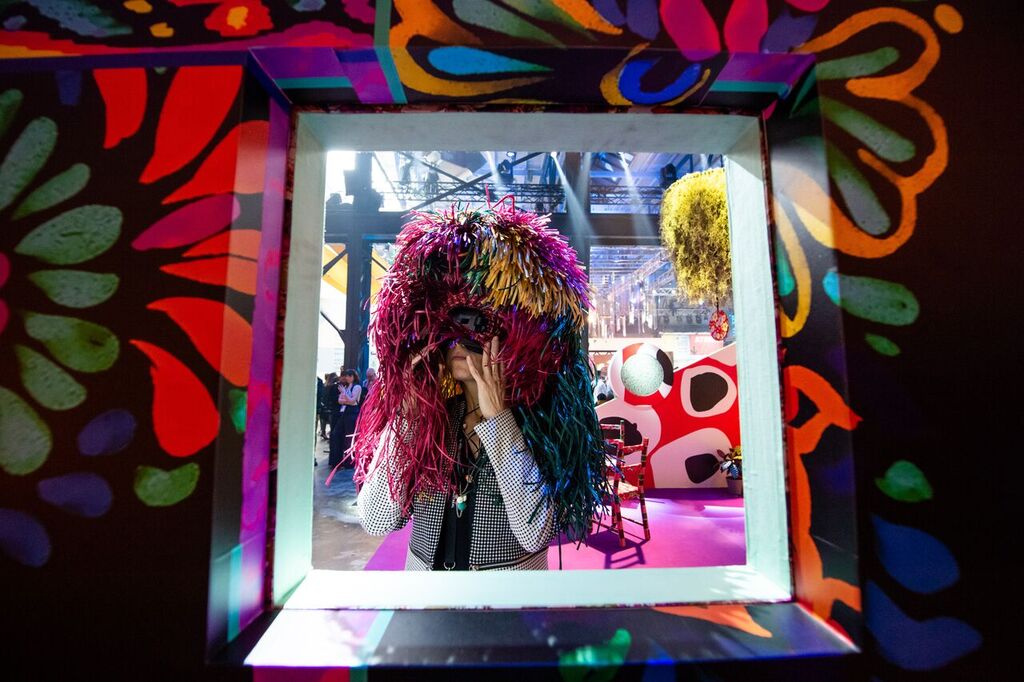 I watched young journalists/bloggers/influencers tweet, videotape and story-tell without pause during these talks with their big ideas, and I went to Instagram Story School, where maybe I, too, can learn to tell Insta stories and/or beat the algorithms.

Yet, somehow, I always want to let the information sink in before I write, although I have been known to post fuzzy pix and amateur videos in the thrill of the moment. An old-school journalist, I am no stranger to deadlines and the imperative to push out news fast and first.

Here’s what I’ve been pondering.

C2’s 2018 theme of Transformative Collisions resonated for me in the juxtaposition of BuzzFeed’s Craig Silverman, The Economist’s Daniel Franklin, and Instagram Story School. Bonus workshop: Storytelling and Content Marketing, in which I streamed, physically, into the group discussing how to attract attention in a cluttered landscape.

Of course, BuzzFeed is all about click bait in that cluttered landscape, so Silverman was a must-see for me. He delivered, offering insights into how news is manipulated – and emphasizing this was not a how-to manual.

Contrast BuzzFeed, which “has no editorial vision,’’ according to a talk by BF’s marketing VP Laura Henderson at last year’s C2, and The Economist, founded on and following a mission of liberal values. Speaking about trust and the continuing relevance of liberal values, executive editor Daniel Franklin said there is a role in this difficult media landscape for something to cut through the clutter. “We sift ruthlessly,’’ Franklin said. (Time to subscribe, perhaps?)

Silverman said he would tell some “horrible stories,” and showed an Instagram photo of a huge, hideous hamburger, surely not the worst of what’s happening out there. And then there was the Instagram post of a black square – which garnered 1,500 likes. The likes came from real accounts, but the likes were supplied by influencers using a service to buy likes and comments, he explained.

“So it’s real humans controlled by machines trying to trick algorithms to reach other humans. Welcome to the present. It’s terrible.”

The algorithms that drive engagement favour the extreme, Silverman said.

“It’s appealing to the algorithms on social media that are deciding who is going to see what.”

Among other scams: fake and manufactured reviews on sites like Amazon, music streaming data reports, Twitter bots that tweet out hashtags to trigger trending mechanisms, the purchase of fake accounts, likes and on it goes.

“These are the things you don’t do but you need to be aware of,’’ he said. BuzzFeed runs a small team in Toronto that works to figure out the new scams that are working to trick the systems to win attention and money, he said.

Our ability to trust is fractured, he concluded. His pointers for this brave new world:

Trust is a challenge these days, Franklin said in the following talk. But he contends there is reason to be optimistic even as the tech giants that dominate the media world have changed the economics of journalism, sucking up ad revenue.

One factor: the founding mission of liberal values is as relevant as ever, he said. He showed a few humdinger Economist covers: “Great Britain, Little England,” about Brexit; “Washington, We Have aProblem,” with a photo of a Trumpian hairpiece hovering over the White House; and “Liberty Moves North,’’ about Canada.

Meanwhile, at Instagram Story School, I learned that Instagram is shifting from feed-based consumption to story based. Jim Squires, head of business at the Facebook-owned social media giant, noted that Stories launched in 2016 and by November 2017 had racked up 300 million users. It’s ephemeral, playful and 40 per cent video, he said. “Stories are like a pressure release valve for things people didn’t want to post on feeds.”

Then came the workshop, and I can tell you I was not at the top of the class.

We learned to do rainbow letters, black magic in which a blown-up giphy creates letters, and use the rewind and stop-motion cameras. Best of all, I learned about the Kira Kira filter, $1.39 on the app store, which creates sparkles and twinkles on your photos or videos. There has been much sparkle on my feed recently.

And then there was Snoop Dogg, interviewed on his cannabis ventures by a stoned Alvi Suroosh. “I’m all f…ed up,’’ the Vice founder said. “I don’t know how you do it.”

Snoop, who said he was inspired by youth, also made a call to “Let them out!” of the legions serving time for drug offences.

Then it was time for a live podcast in the Aquarium, a glassed-in box inside the Arsenal, where Snoop fired up a joint.