Yes, all of the above. With speakers including Apple co-founder Steve Wozniak, BuzzFeed’s Laura Henderson, venture capitalist Leonard Brody, A+E’s Amanda Hill, designers Dror Benshetrit and Karim Rashid – to name a few – plus a bewildering array of workshops and labs, parties and brain dates, no person could report on it all.

So here’s a cheat sheet on some of the most profound, surprising and inspiring things I heard. Just don’t ask me how to get from the Hangar to the Plaza to the Studio to the Forum in the Arsenal. My sense of direction is challenged at best, but when intellectual and sensory overload sets in, I am lost. 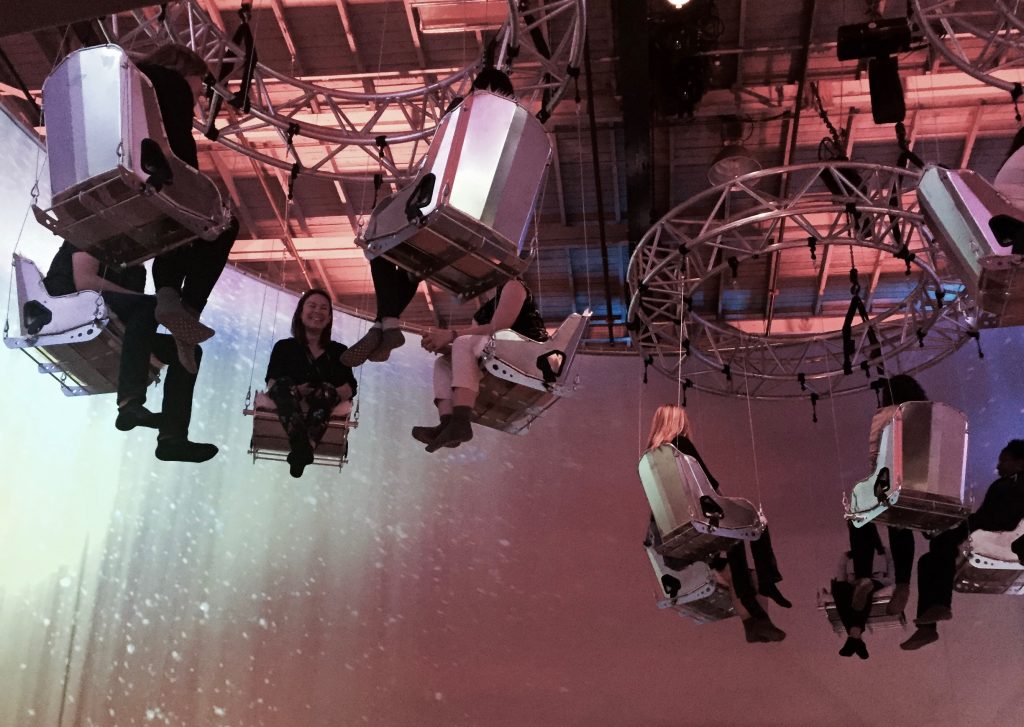 Hanging from the rafters at the Arsenal.

We are now at a tipping point, going through The Great Rewrite in history, with more change in the past 100 years than at any other time in history. We are better off on most counts, Brody says – life expectancy, literacy, work load – but most North Americans don’t see it. Why? Because institutions are failing to keep up with the societal shift.

For the first time in history, we own our own means of communication. “Part of the instability you feel – that society seasickness,’’ he says, is because we are not sure how institutions are going to keep up.

And our behaviour has fundamentally changed because of the internet. He calls it bifurcation. As an internet user you have a physical self and a virtual self.

* Housing will be the new water.

* There are 3 billion people on the network now; in 24 months there will be 1 billion more.

“This will be the single largest economic even in human history.” 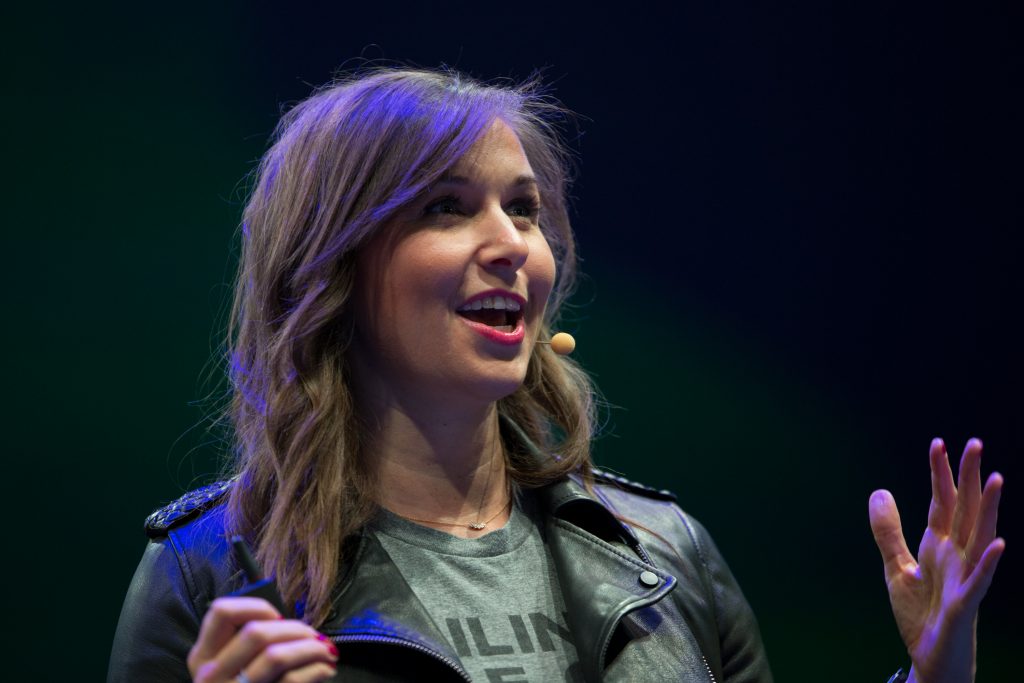 “BuzzFeed is a next gen-media company built on human connection,” Henderson says, “Everything we do is built from the audience.

“Everything is focussed on sharing.”

And: “We have zero editorial vision.”

It garners 9 billion views a month, and with its “digital advantages,” is quick to react.

So when, on Henderson’s first week on the job, incoming President Trump call BuzzFeed a “failing pile of garbage,’’ after it published salacious reports on the president-elect, the company quickly launched a line of merch, featuring trash cans and T-shirts. It made $25,000 in nine hours, and donated the money to the Committee to Protect Journalists.

Henderson suggest brands do simple things to adapt to the digital age:

* Get good at prototyping in bite size pieces, with small stakes..

* Resist the urge to create strategy.

* Experiment. “Experimentation is about creating space for serendipity,’’ Henderson says.

Henderson’s boss, founder and CEO Jonah Peretti, would say, “I’d rather just put out a whole lot of crap and see what sticks,’’ Henderson recounted.

“If we design well, we make better human experiences,’’ says design superstar Karim Rashid. Rashid is not just thinking about better products; he is concerned about the state of the planet. Humans have been around for 100,000 years, but in the 180 years since the start of industrial revolution, we have destroyed, extracted and robbed the earth, he says..

He went on to make a case for sugar-based plastics – “Who needs sugar, anyhow?” and talk about an epoch of creativity and empowerment. For the first time in history, he says, every one of us has a voice.

“We’re on this earth to create. That’s the meaning of life, to create,’’ he says, meaning both procreation and intellectual creation.

Furthermore: “The digital age came along to save the planet.”

Why? Because there are no borders, the world is shrinking and it is bringing humanity back together.

But we’re only 40 years into the digital era, at a tipping point between analog and digital.

The most important thing about the digital age: it affords us heightened experiences with much less consumption, Rashid says.