The story of the masks’ stellar success internationally is remarkable – as perhaps are the masks. They are dry masks on printed Japanese textiles, activated by massage, humidity, movement and the skin’s Ph level, and boast 87 per cent active ingredients and emollients.

A delivery system called Biomimetic MicroVectors allows the active ingredients to penetrate the skin, according to the brand’s literature, and third party labs measured significant improvements in wrinkles, hydration, firming and brightening.

“Instead of injecting, we’re infusing,” de Gaspé Beaubien said of the technology as an alternative to injectable fillers. 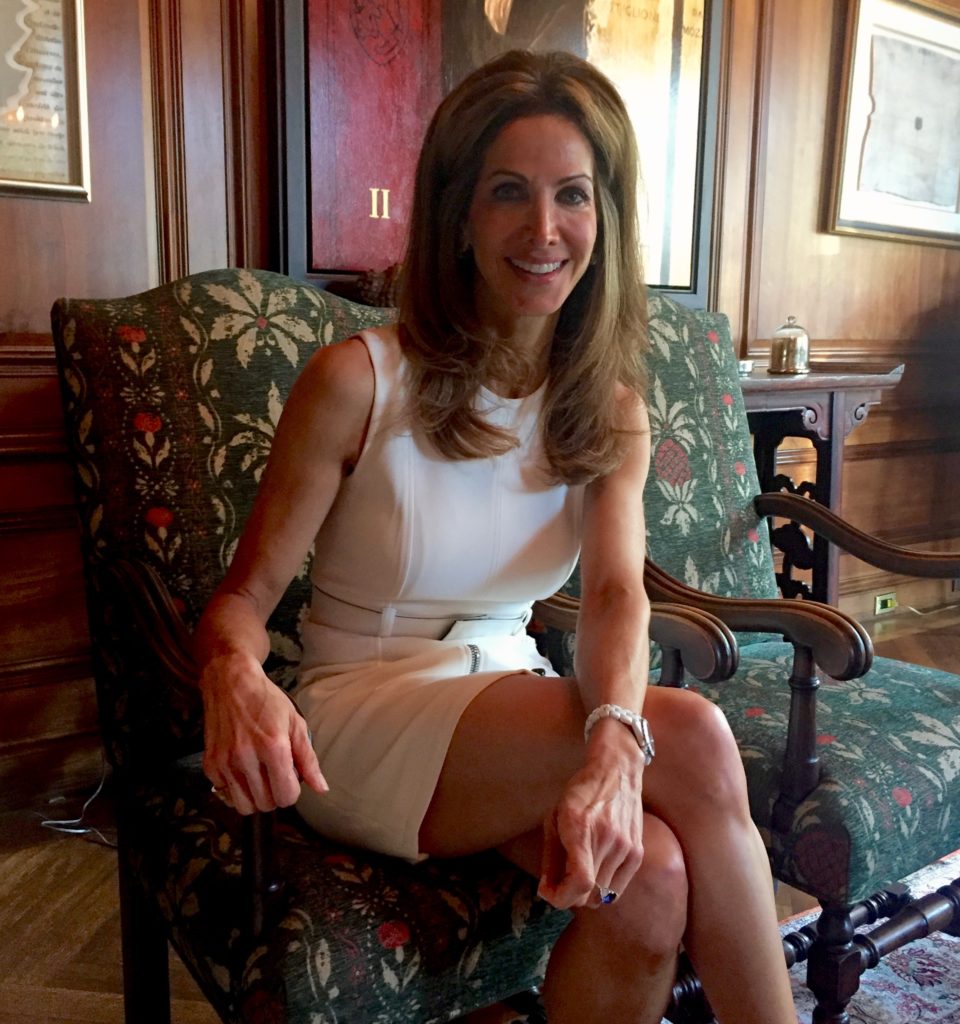 Nannette de Gaspé Beaubien at home. Below, the hands mask in its pretty packaging. 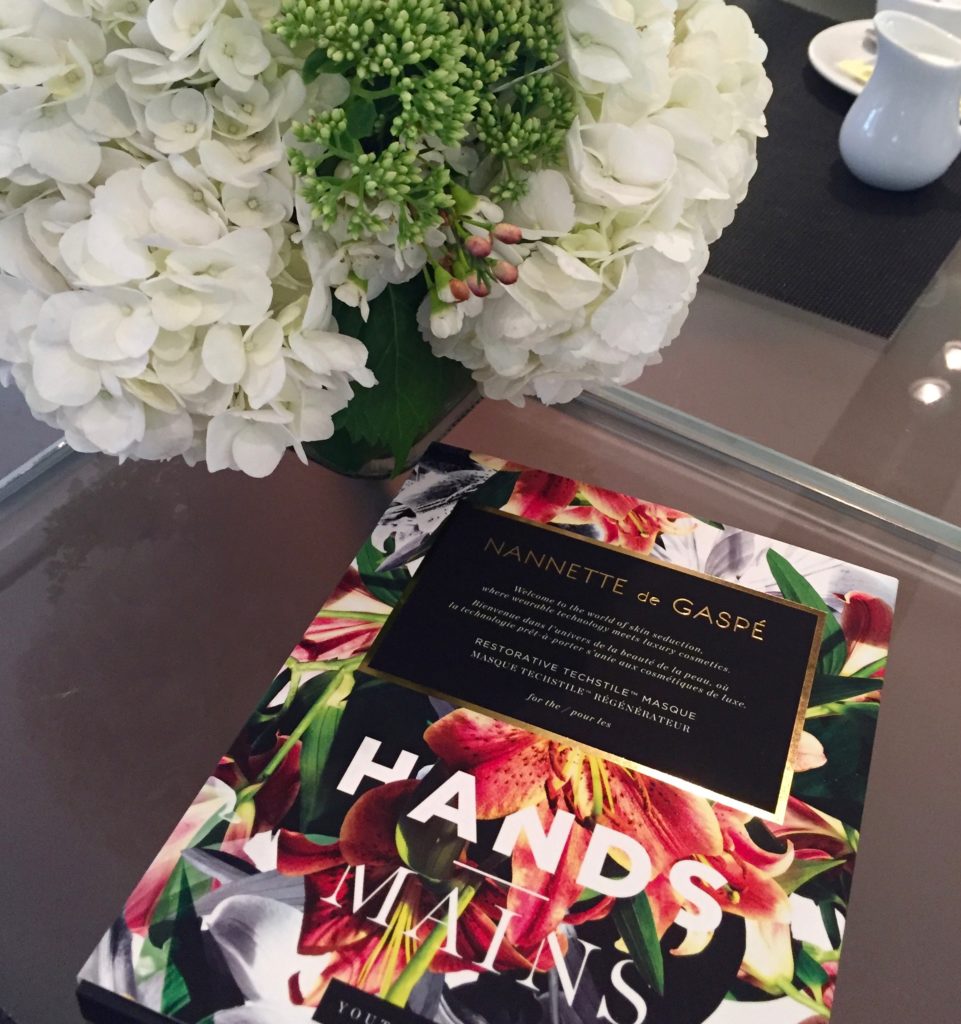 The proper name of the masks – Nannette de Gaspé Youth Revealed Restorative Techstile Masques – may be a bit of a mouthful, and we are anxious to try the mouth masks, one of five targeted masks – face, eyes, hands, mouth, neck. There’s also a coffret of all the formats.

I tried the eye mask and liked the results enough to use it a second time before a big event. A rich balm develops as the mask meets skin. The masks are comfy, not scary looking at all – and can be used up to three times.

The technology was developed by Biomod Concepts, of Ste-Julie, Quebec, and brought to market by de Gaspé Beaubien – with a little bit of help from her friends.

First stop: a visit to Hilary and Galen Weston, the owners of Holt Renfrew and Selfridges of London, among other major holdings. The masks were a hostess gift, along with a bottle of Pure Vodka, another investment of de Gaspé Beaubien and her husband, Philippe de Gaspé Beaubien III, scion of the Quebec dynasty.

Next stop: an exclusive launch at Selfridges in May, although Biomod had already pitched it to cosmetic companies and created a private label. Selfridges beauty boss, who travels the world looking for innovation, told de Gaspé Beaubien: “This is the bomb. You need to create a brand,’’ she recalled in the drawing room of her Italian-villa style Golden Square mansion after the Holt’s breakfast.

The masks were a sensation in London, covered by 33 publications in the U.K., she said. She herself spent two weeks on the beauty floor, doing brisk sales of the product.

And she could not have done it in Canada, she acknowledged.

“It’s because Selfridges is very unique. It’s probably one of the most important and visible platforms in the world. Just the traffic and the flow-through at Selfridges. And the fact that it’s such a machine,’’ de Gaspé Beaubien said.

“They really believed in the brand.”

With a background in finance, de Gaspé Beaubien knows about growing a business, and right now she’s working on managing growth. “I need revenues to fund future growth, right?

“My approach was, ‘I am going to enter each country with the best stores,’’’ she said. That meant Colette in Paris, Holt Renfrew in Canada, and Barney’s in the U.S.

“If my little brand is just a catalyst to get all the cosmetic brands to step up and buy Biomed technology, that’s okay.

“This little brand has legs, it has a personality of its own, and people love it,’’ she said, explaining she enhanced the private label version with expensive Japanese fabric.

“I, Nannete de Gaspé – not I, the brand – was going to be the La Mer of this new approach to skin care.”

Nannette de Gaspé Youth Revealed Restorative Techstile Masques are expected at Holt Renfrew beauty counters in mid-September. Prices range from $100 to $145 depending on the targeted area.