Kudos to Emanuela Lolli for keeping Fashion Preview, a showcase for Montreal design, up and running for 10 seasons. It can’t be easy.

It has moved from its early editions at the Phi Centre and Ogilvy’s Tudor Hall, on to the Agora of the Coeur des Sciences at UQAM, and now to the Edifice Wilder, the home of Les Grands Ballets.

It has seen dozens of designers pass through. Among some notables: Denis Gagnon, Helmer, Daniel Beaudet (rebranded as Leinad Mtl), the Joncas twins, WRKDEPT, Travis Taddeo, Elisa C-Rossow, Pedram Karimi – and then some.

The current star is Markantoine. With a gothic aesthetic and cult following, he garners buzz, crowds and standing ovations these days.

Thursday night, he closed the spring summer 2019 shows with Acqua Tofana, in which he premiered a gruesome short film, opening with the lines: “911, what’s your emergency ?”

“I just killed my old and rich husband…” 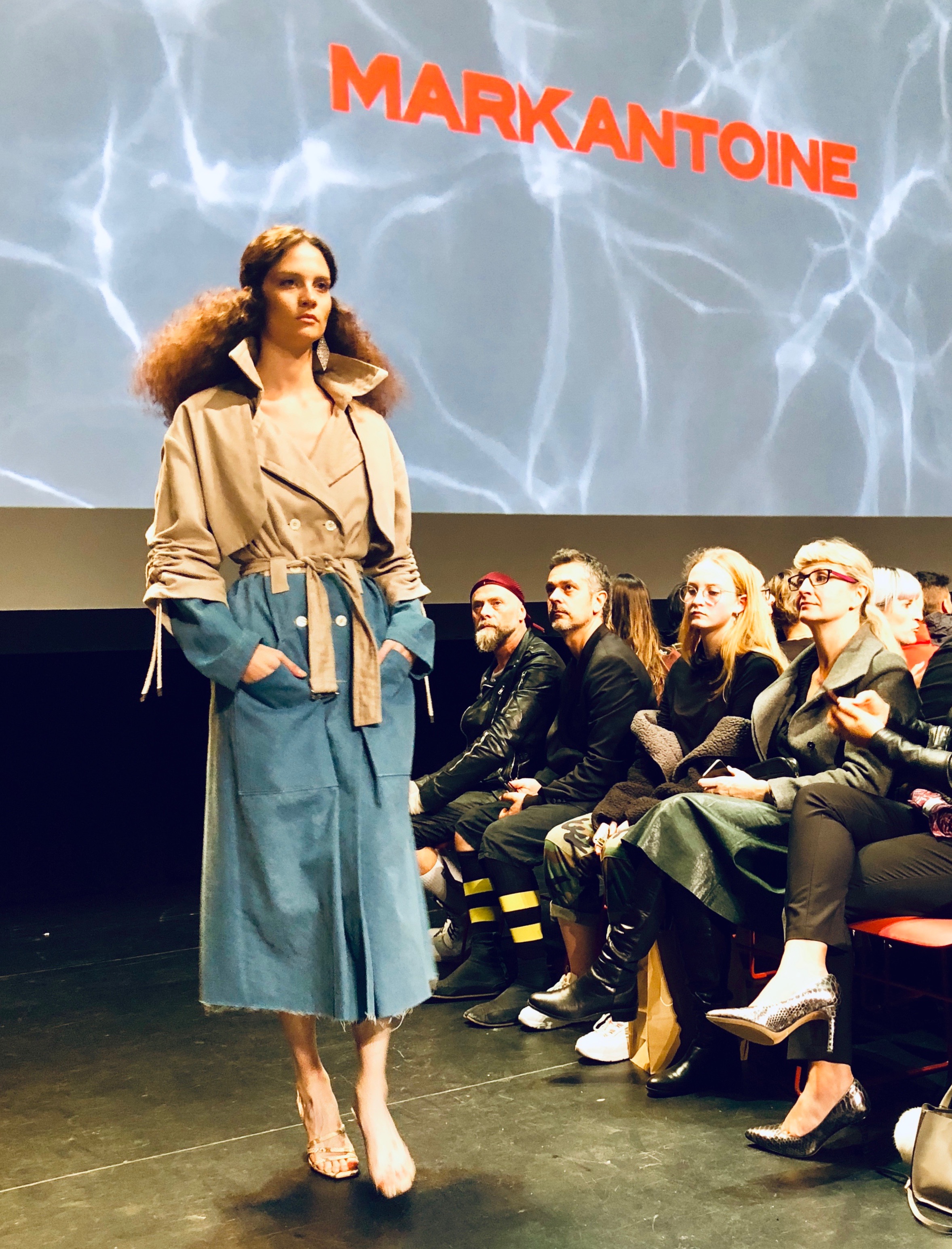 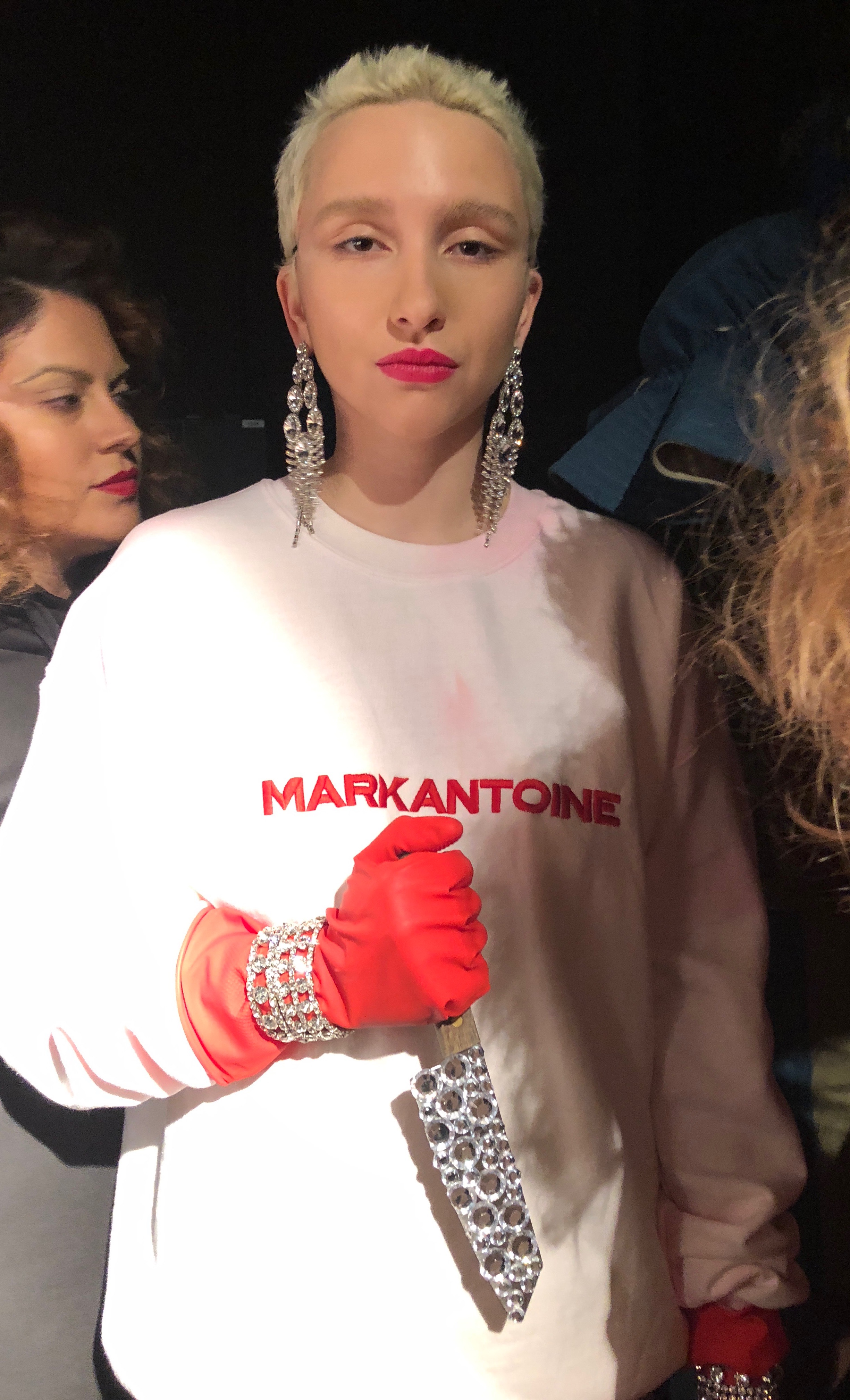 Still, the designer, Markantoine Lynch-Boisvert, seems to be getting serious about fashion that might be worn by those outside his style tribe, showing peplum jackets, a cool trench coat and pretty little ruched and denim summer things, often topped with chapeaux by Fumile. Yes, there were guys in red sequin shorts and neon lime underpants. That’s the way fashion rolls these days. 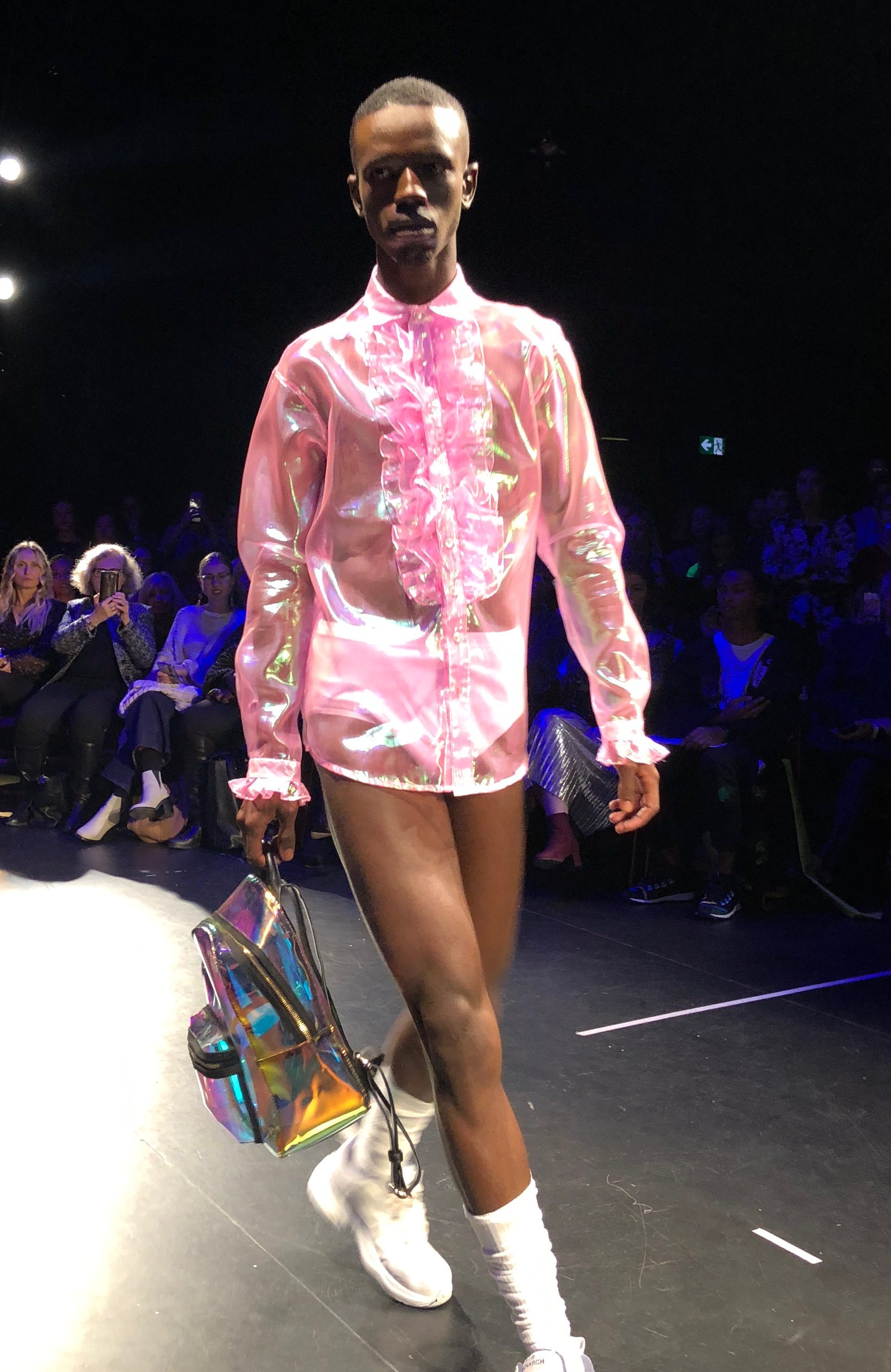 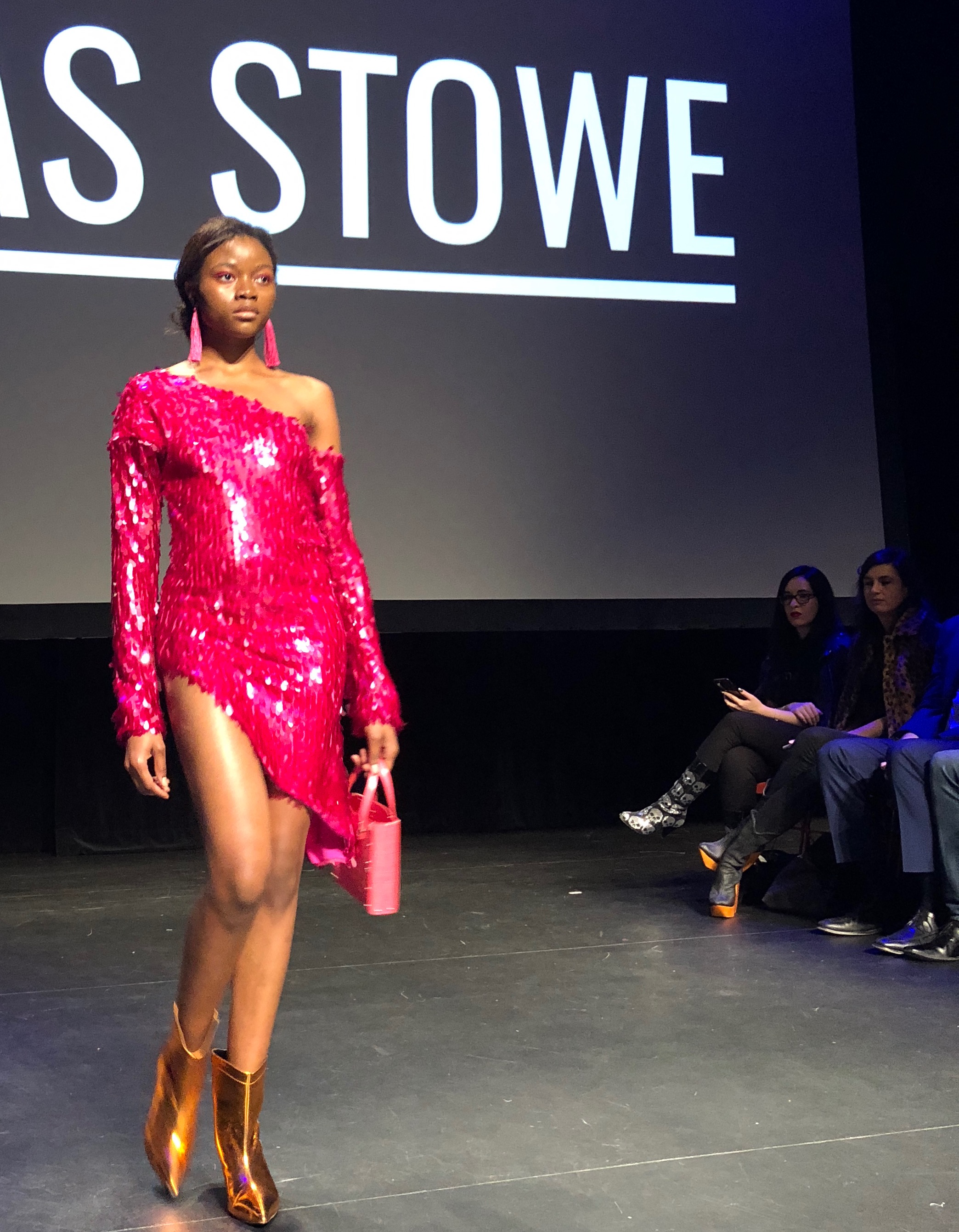 Lucas Stowe also visited the sparkle theme, with garments fit for the the ‘80s excess club scene, like hot pink lurex chaps for one guy, and a succession of rather good hot pink sequin and tulle dresses for the gals. 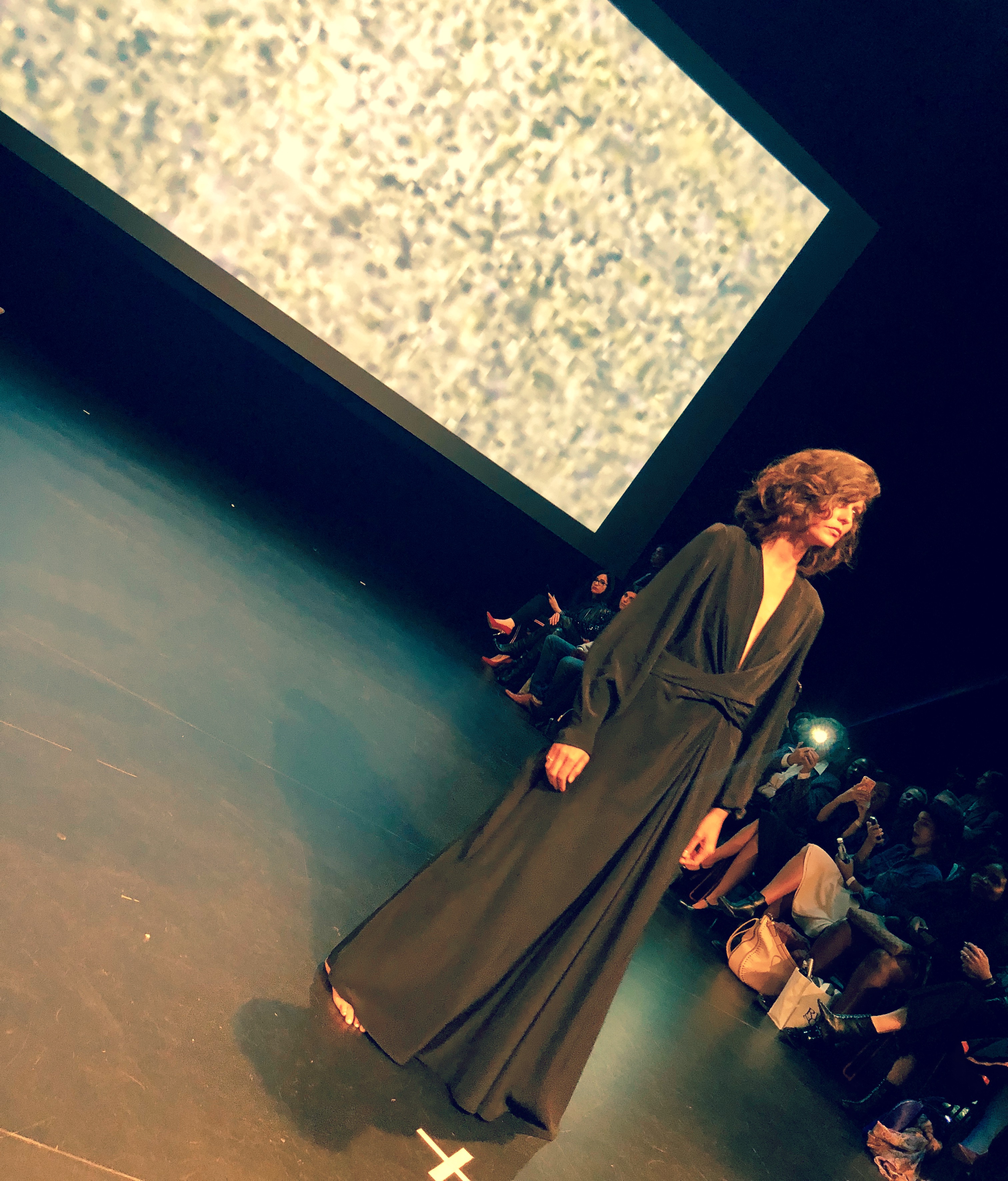 On a more subdued aesthetic, as always, was Beaudet’s show, featuring a series of long dresses, which just feels right for the moment, shown against a white noise projection. The first white cotton pieces felt like undergarments – or showpieces for draping and ruching; the following blacks (and one rust pleated dress) flowed beautifully and were quite versatile – like from the boudoir to the ball, depending on how you accessorized.

Two shows paired together mid-week were a good match. Karen Quirion enhanced her tailored KQK pieces with a touch of flou, while Les Poupounes de Luxe, whose mission is to dress women of all sizes, showed variations on the tuxedo, its signature base. 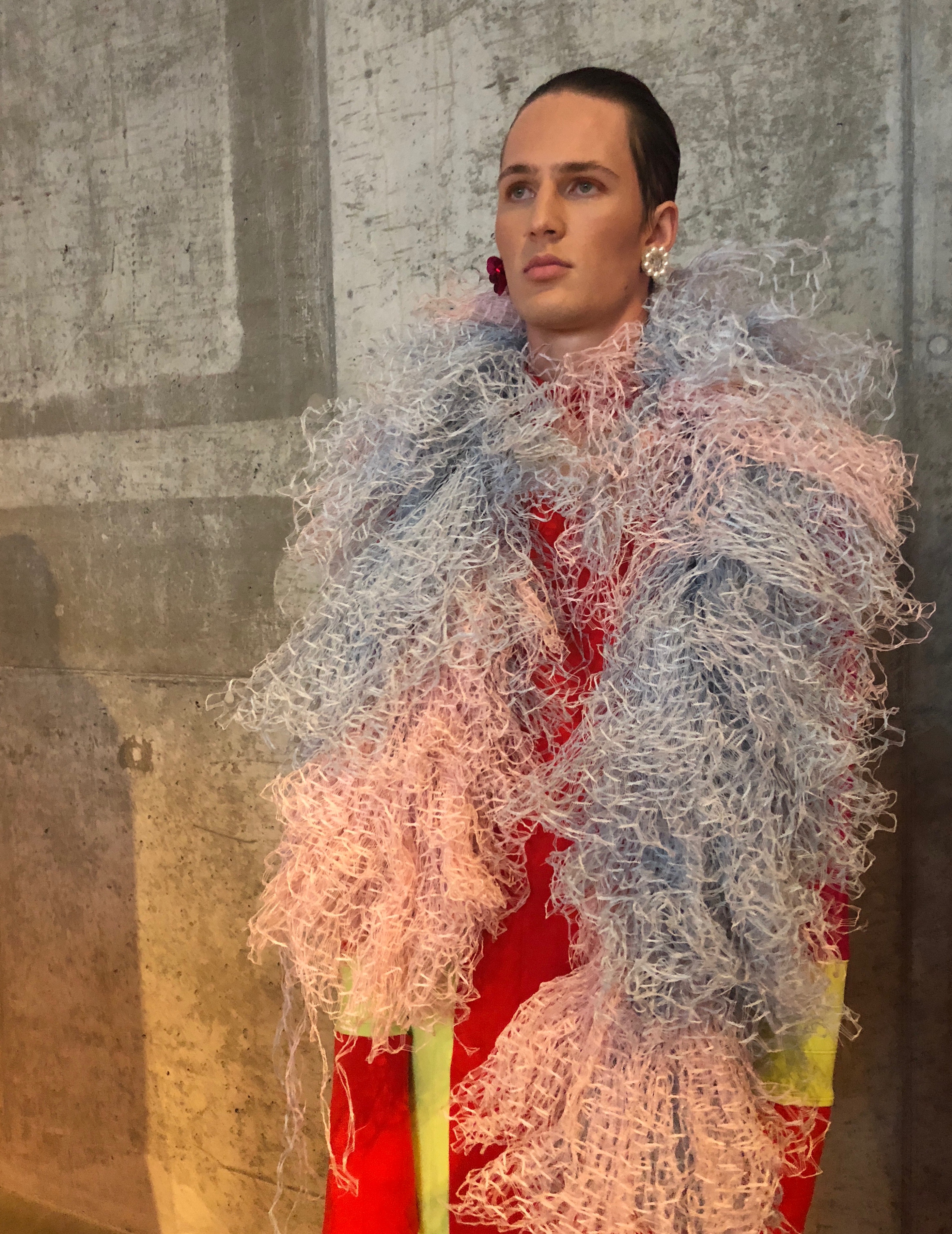 WRKDEPT marked its fifth anniversary with an unpublicized (except on Facebook) installation-show at the opening cocktail of the three-day event. Still, Tinashe Musara and Andy Long Hoang know how to put on a show. 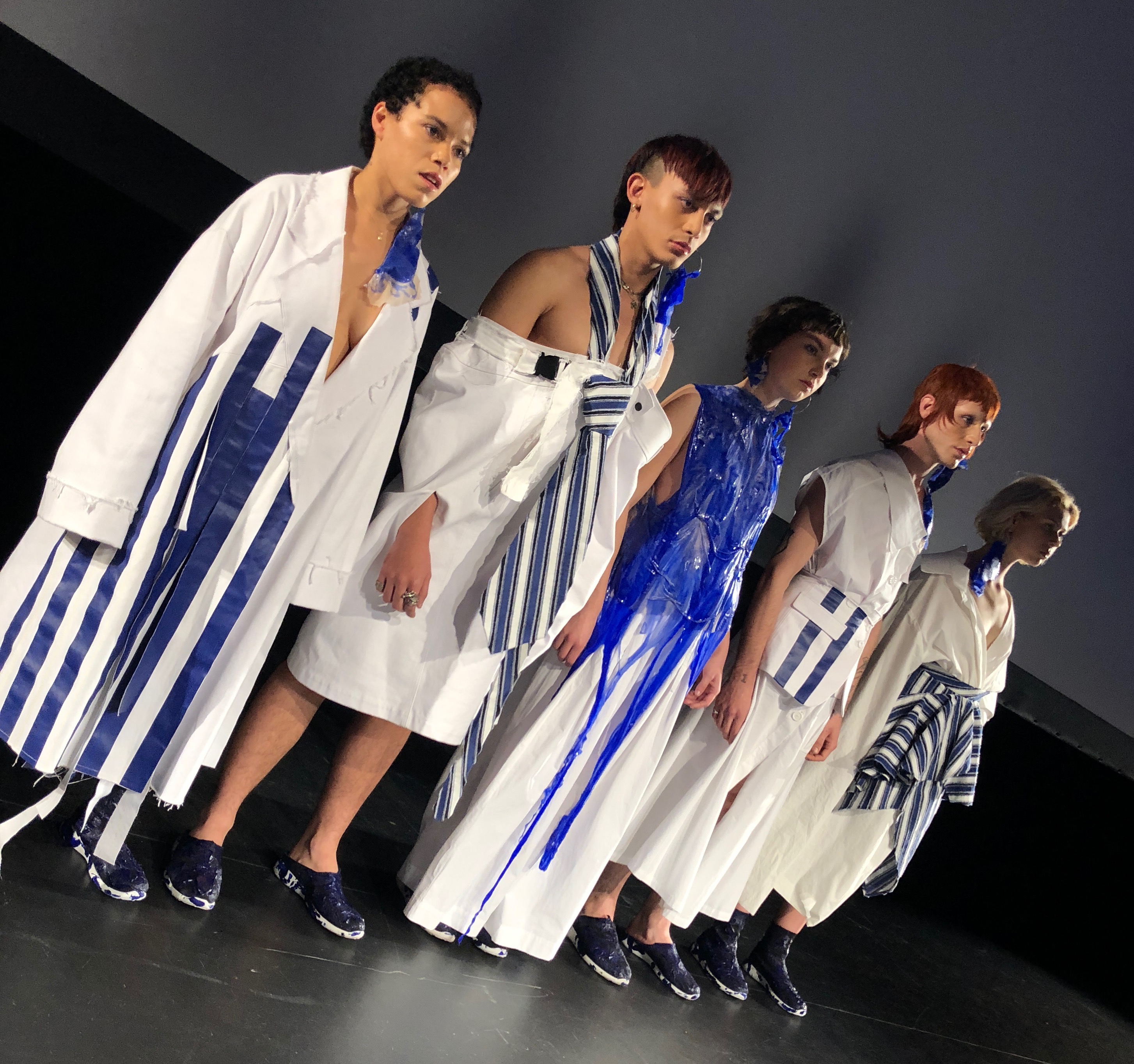 Vujà dé as part of the LaSalle College show.

And it was nice that the pop-up boutique/stands outside the runway room were all local brands this season. To discover: Partoem luxe leather accessories, Louve lacquered wood jewelry, HYP colourful socks, and Nina Nanas fine, delicate jewelry.