Fashion Preview, Montreal’s semi-annual showcase of fashion and accessory design, is two weeks away, and Daniel Beaudet will once again be one of the ones to watch with his Leinad Beaudet collection, titled Outremont, ma chère.

Always poetic and evocative, Beaudet’s words match the mood of his fashion.

From the invitation to the upcoming show:

“….Through the thick veil of dust, the beauty of a doddering chandelier, pearls on a frayed velvet case, a pristine pleated flannel midi skirt, a lace trimmed bishop sleeved blouse and a floral print taffeta evening gown.’’

Beaudet explains that he was inspired by the shops of Outremont and Mile End, some with an inch of dust on the windows obscuring the elegant fashion and antiques inside. 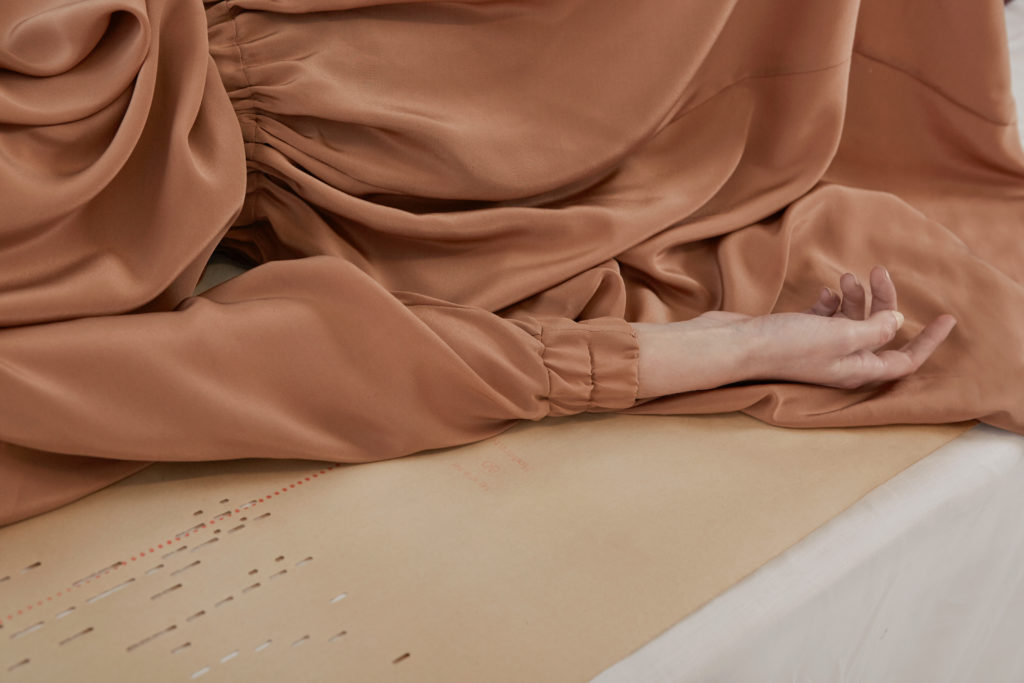 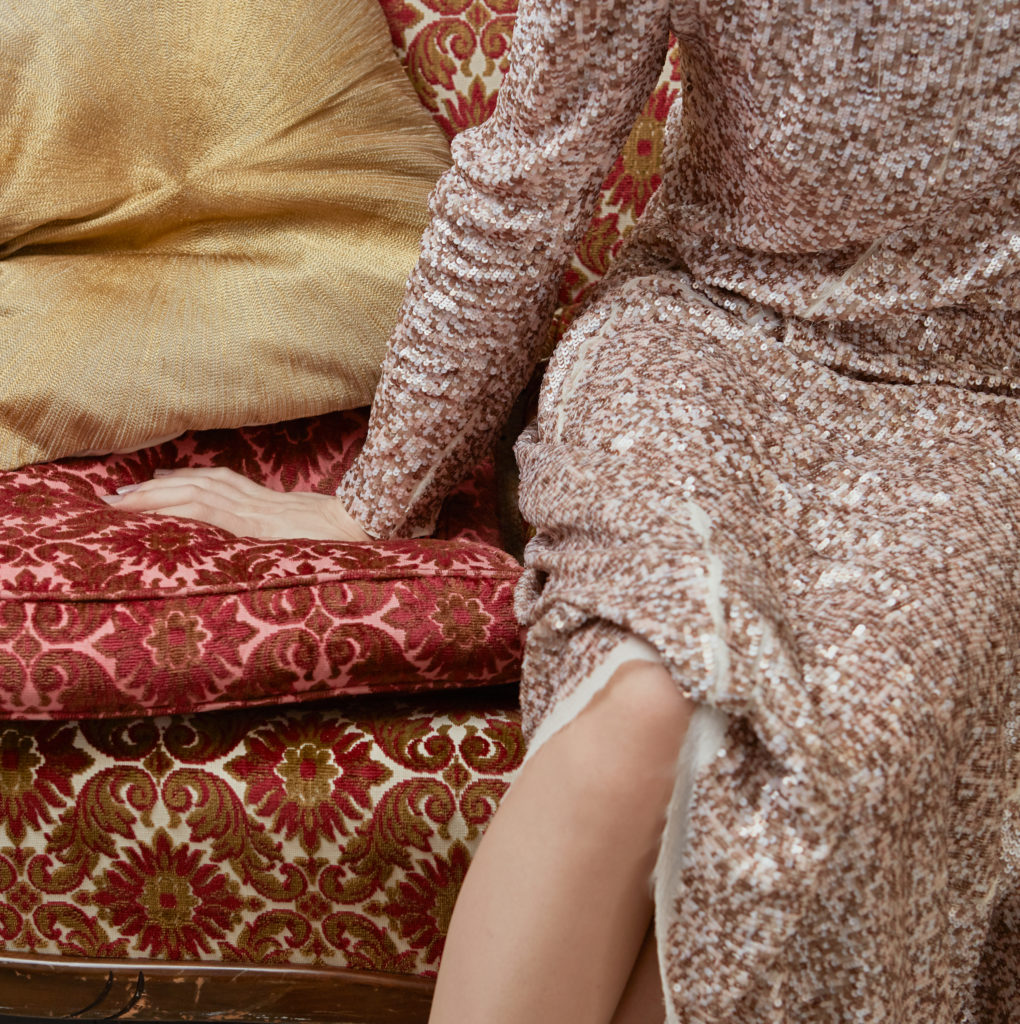 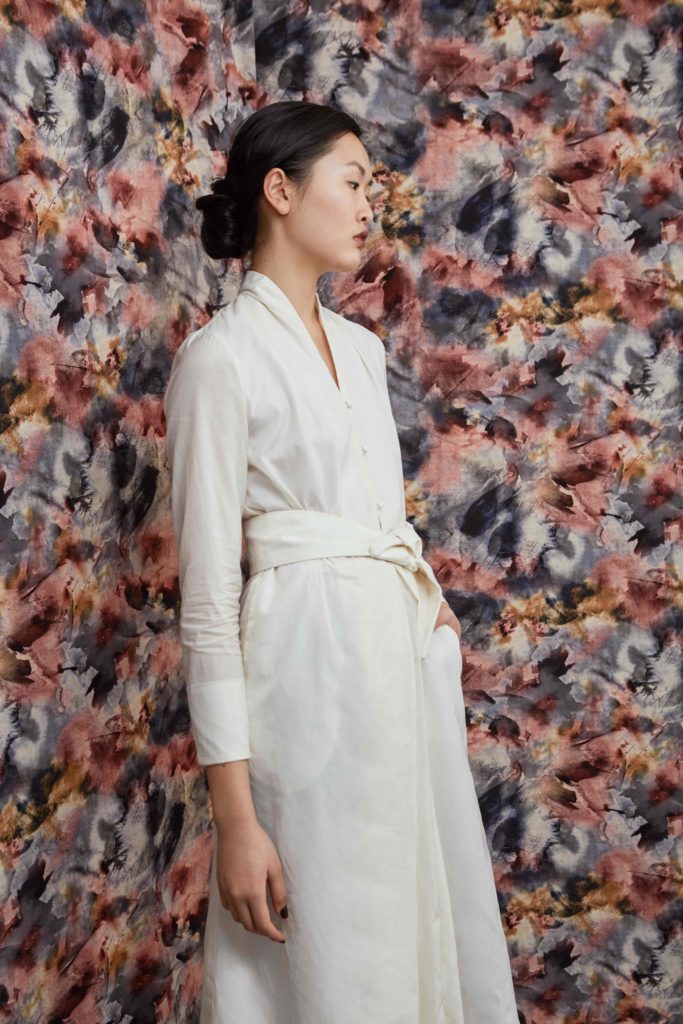 He likes the contrast, he says, between the shabbiness and the high end.

The designer is loyal to the showcase; this is his sixth showing, of Fashion Preview’s seven seasons in total. Other evocative show titles of his have been Dimanche, Comfort of Indifference and Solastalgia, with fashions I have variously described as austere, monkish, poetic and beautifully draped.

“We’re working hard so it’s part of the fun to show it to the public. It’s a way to keep the momentum going,’’ he says. “It’s bringing contacts and visibility.”

As for business, there is some light on the horizon. Sophie Grégoire Trudeau’s stylist has ordered some pieces, and Montagne, a boutique on de la Montagne, has ordered a selection of styles for spring, due in store in April.

He’s hanging in, he says, explaining that the difficulty is that Quebec does not have retail points for high end local fashion. “All the stores selling local are in a certain price point,’’ he says. 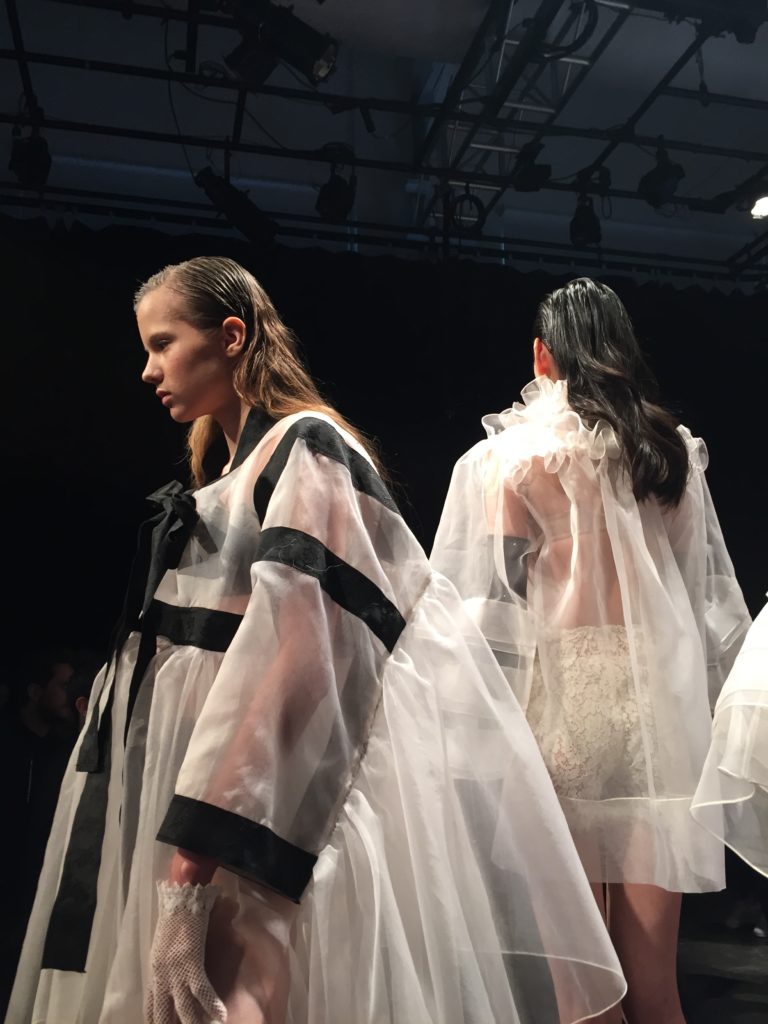 Helmer’s collection of elaborate blouses at the last edition of Fashion Preview.

Helmer, the couturier with a flair for elaborate ruffles and lace, as well as menswear, is another draw who has graced the Fashion Preview catwalk numerous times. Naïké, KQK, Muse, V-Franz and the students of LaSalle, Marie-Victorin and UQAM’s École supérieure de mode return, while Brit Wacher and Markantoine are making names for themselves.

Fashion Preview runs March 27-29 at the Agora Hydro-Québec, the UQAM pavilion at Jeanne Mance and President-Kennedy.

And as in previous editions, there is a satellite salon of accessories – dolls, bags, shoes and bijoux to peruse between shows.

Here is the schedule: Doors open at 5:45 p.m., with shows to start half an hour later.

The shows are open to the public, with tickets for sale here: