Fashion Preview: from classic to cutting edge with a touch of Amish

Fashion Preview: from classic to cutting edge with a touch of Amish

On Monday, I asked whether Fashion Preview, the three-day fashion showcase now under way at the Agora at UQAM’s Coeur des Sciences, was Montreal’s fashion week. There was some funny reaction to that question, with one high-level person reacting – unsolicited – to the story with a resounding, “No, no, no.”

Call it what you will, it is – for the moment – this city’s fashion showcase most oriented to media and buyers. On Tuesday evening, a full house of fashion pros, media and buyers turned out for the opening night. 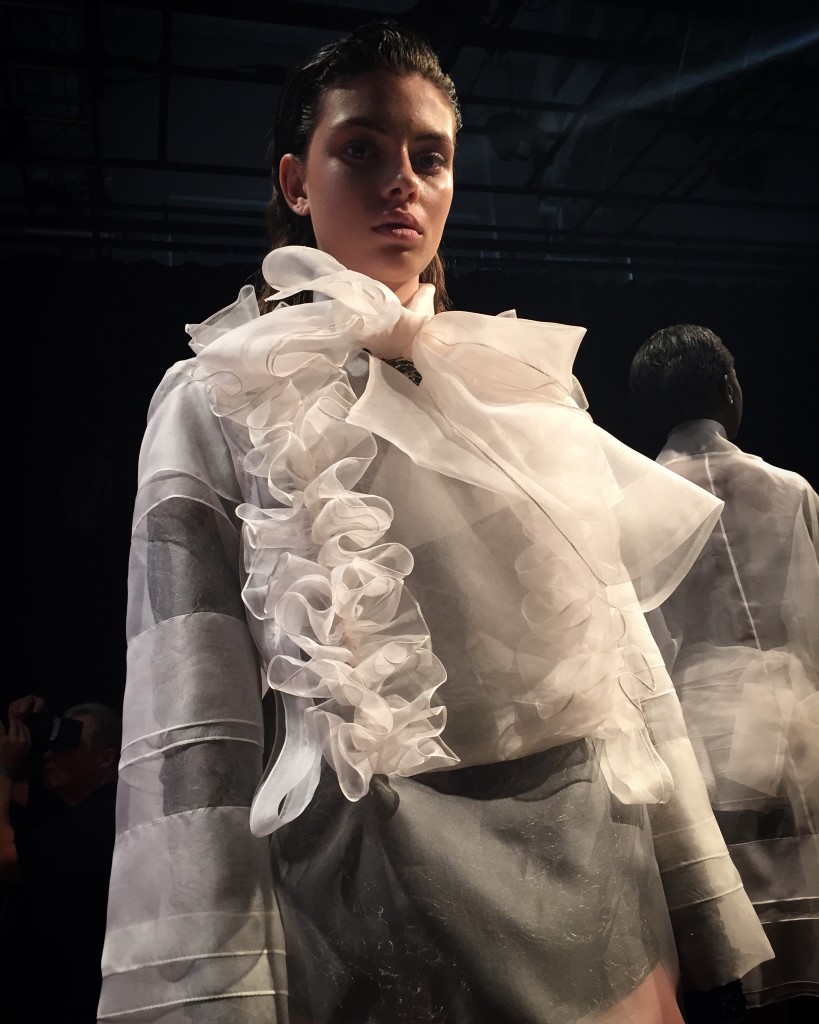 Helmer’s ruffled shirts are made in Montreal or in Haiti. 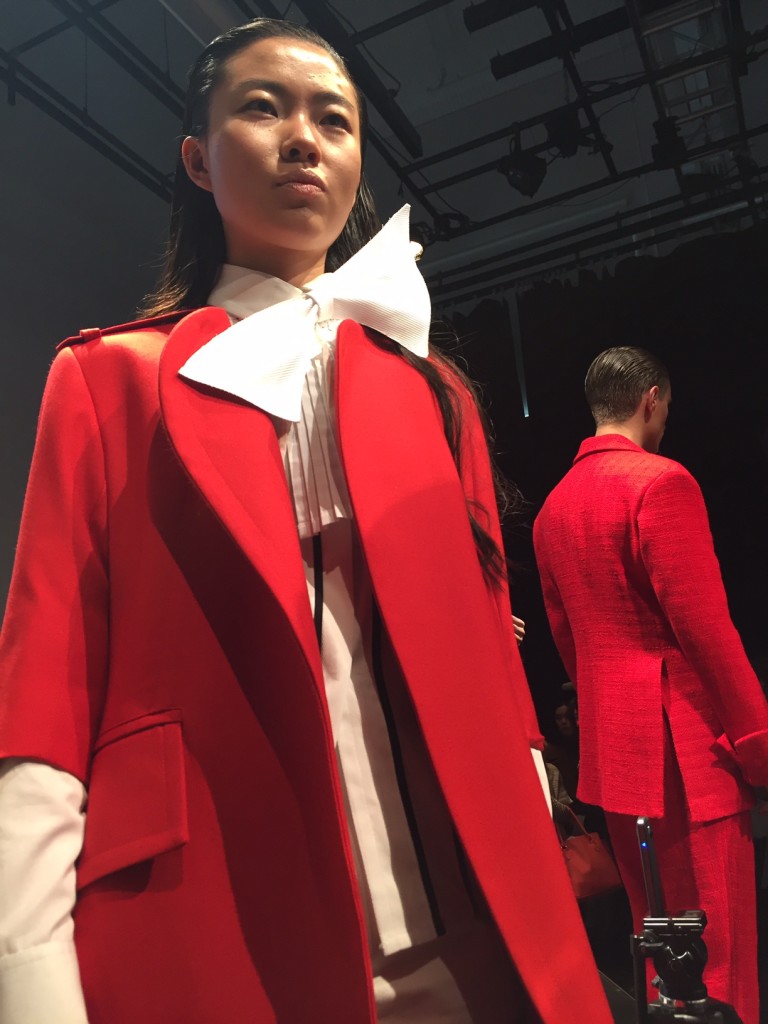 But the event remains primarily a showcase for up and coming designers and a bit of a mixed bag: street and edge, classic and couture, slow and fast, experienced and not so much.

Helmer Joseph, with years of couture experience in Paris, opened the shows with a new collection based on coats and shirtings, made in Haiti and in Montreal. In an installation rather than runway show, elaborate ruffled organza blouses for women contrasted with minimalist greatcoats in scarlet or camel, for men and women. Also on display: suits for men, in purple jacquard and red linen. Dandies, indeed. The coats were fabulous, classic with interesting details like a rounded lapel. The shirts were more tropical, as is Helmer’s way, showpieces for his couture skills. 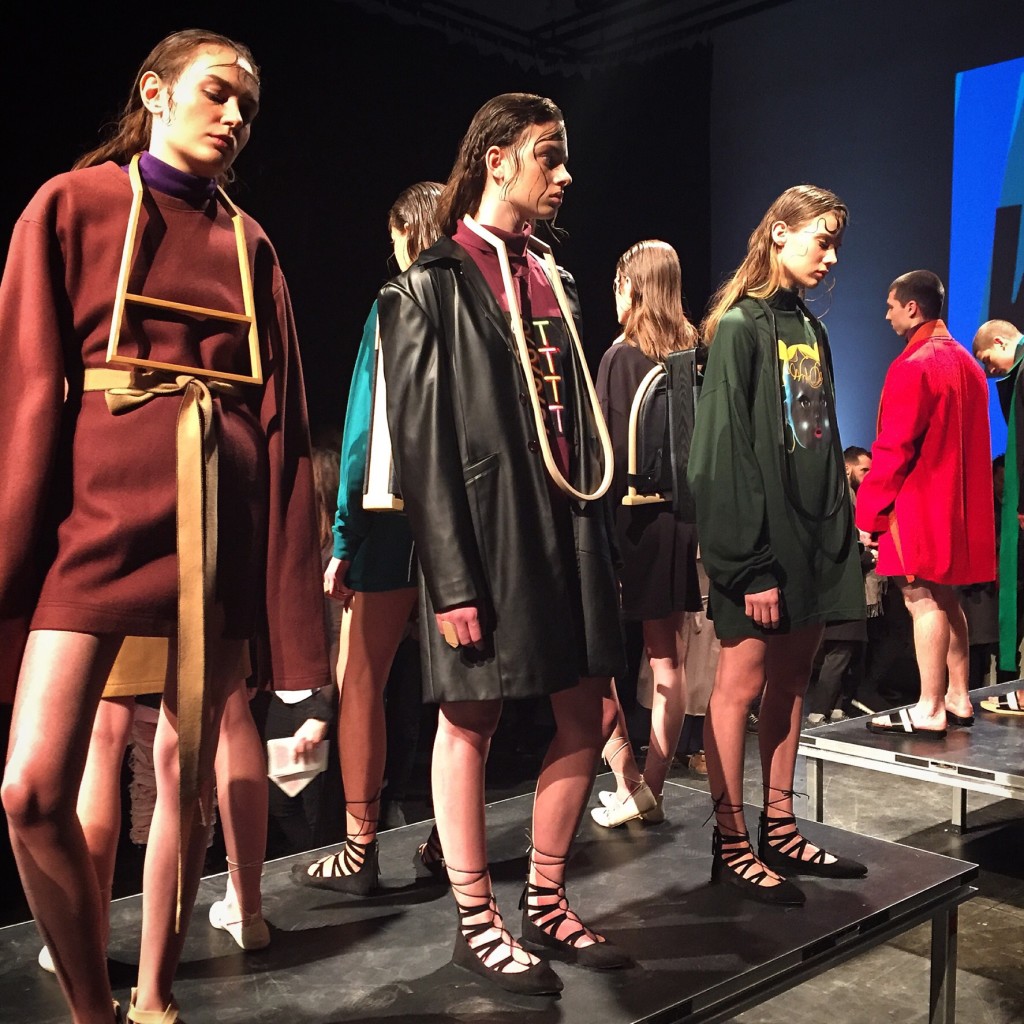 From satirical WRKDEPT, some serious tailoring. 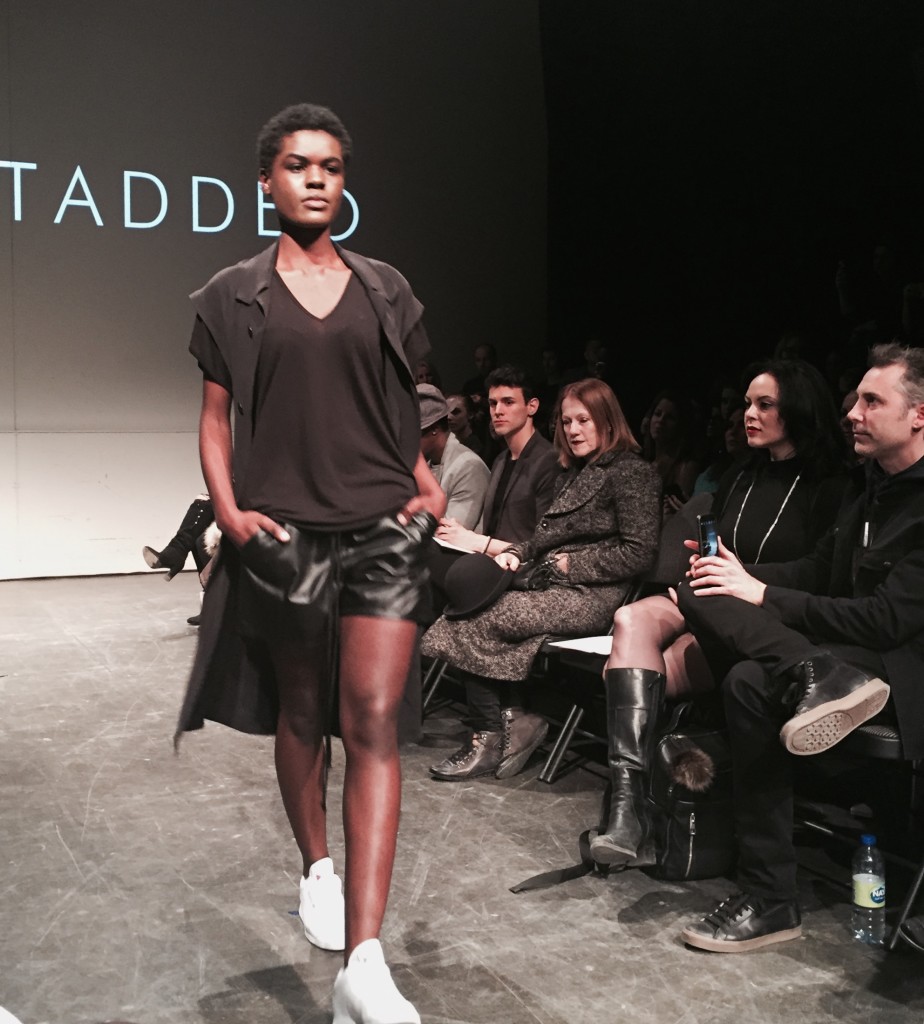 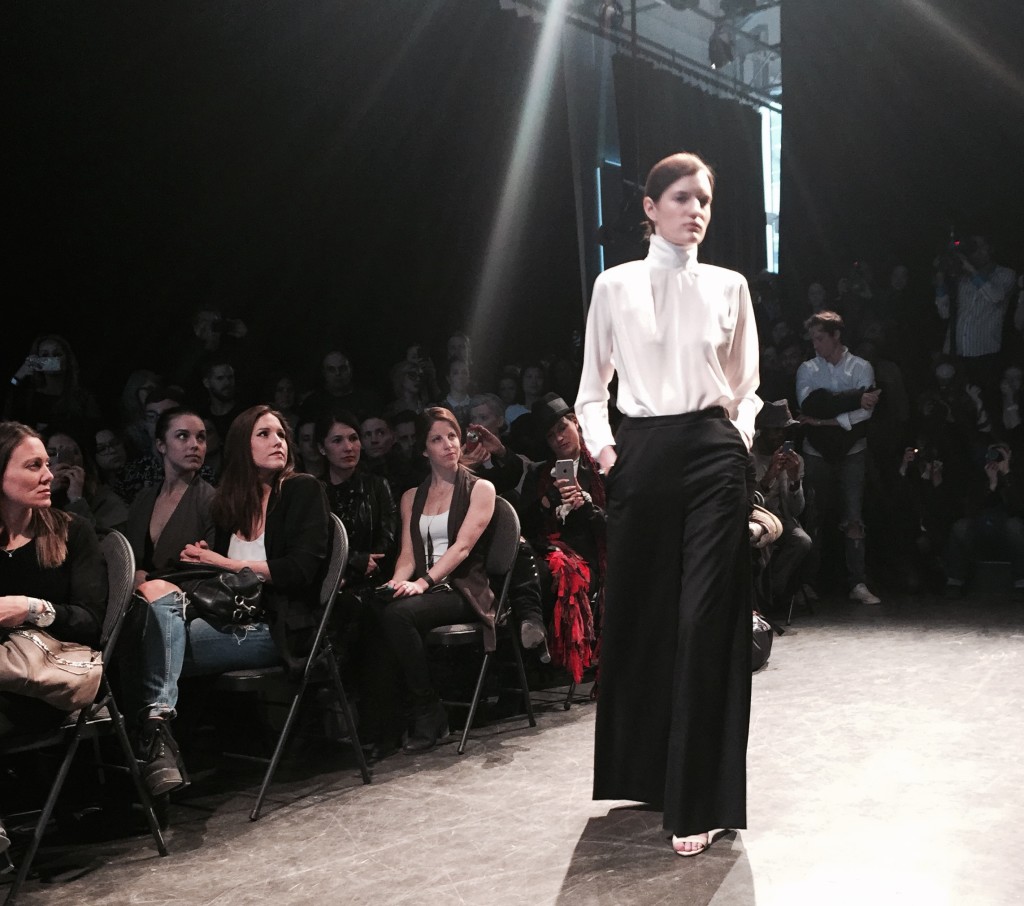 The evening ended with another installation, this time from WRKDEPT, which has that cool unisex edge and calls itself a “satirical” contemporary street brand. Designer Andy Long Hoang toned it down this season with tunics, coats, vests and cloaks, sometimes paired with ultra-wide pants. Earth tones reigned for the collection, called Bed and Breakfast.

In between, there was a speedy streetwear presentation from Travis Taddeo, with his signature leather shorts and jersey dresses. The presentation was over in a flash – which is as it should be – and it was even speedier when I mistakenly filmed it in time-lapse mode. The designer even provided a line sheet with prices for TT World, The Essentials collection. Among the offerings: Deluxe Boy Shorts, $665, paired with a silk bomber, $870.

By contrast, Leinad Beaudet always takes it slow. His Dimanche collection was, as is his esthetic, austere – even ascetic and just a little bit Amish. The runway show ended in a poetic still life of models in the covered-up, cleverly cinched and draped dresses.

Newcomer Allcovered fashion worked one interesting idea – asymmetry with flap oversets – in black and beige fabric in a collection that lacked technical finesse.

A selection of leather goods, jewellery and bits and bobs – bread, popcorn, soaps, scents – is featured in the adjacent showroom.

The event goes until Thursday evening and tickets are available to the public. Details here.