Fashion Preview: Mark Antoine emerges, as does a dystopian view

Fashion Preview: Mark Antoine emerges, as does a dystopian view
The buzz about Mark Antoine has been building since his student days at UQAM  just two years ago. This week, fans packed the closing show of the seventh edition of Fashion Preview for a rousing finale to the week.

Bursts of orange from burnt to bright and neon green stood out, as did touches of glitter (sleeves under a men’s floral shirt, for instance) and a frayed-edge denim skirt with fan detail, all in keeping with the Deep South Motel theme and the designer’s “gothic exotic” aesthetic. 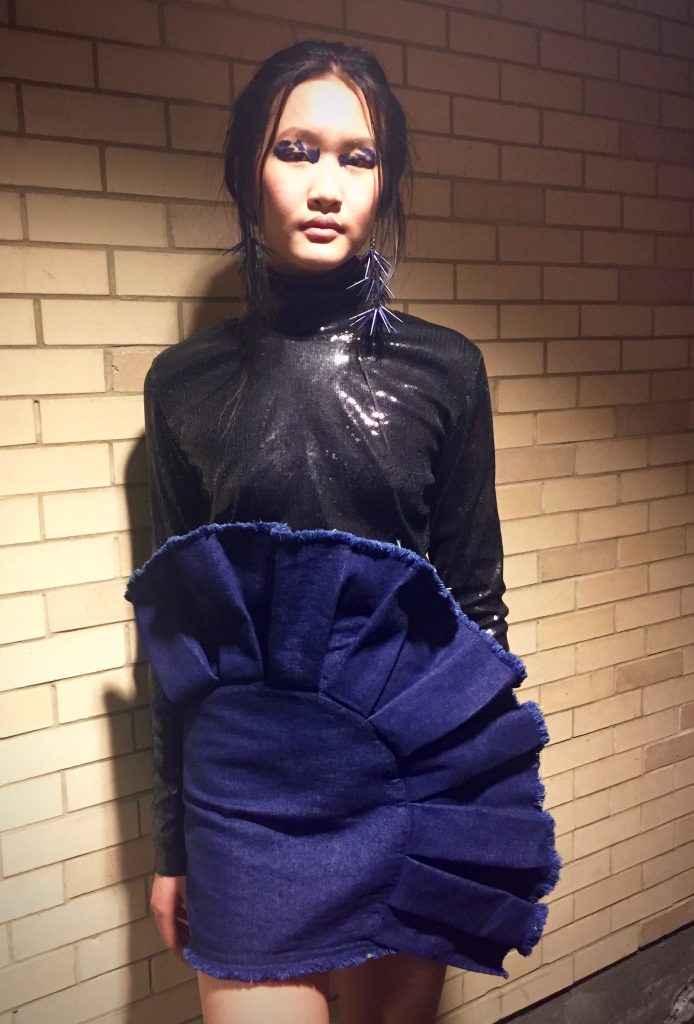 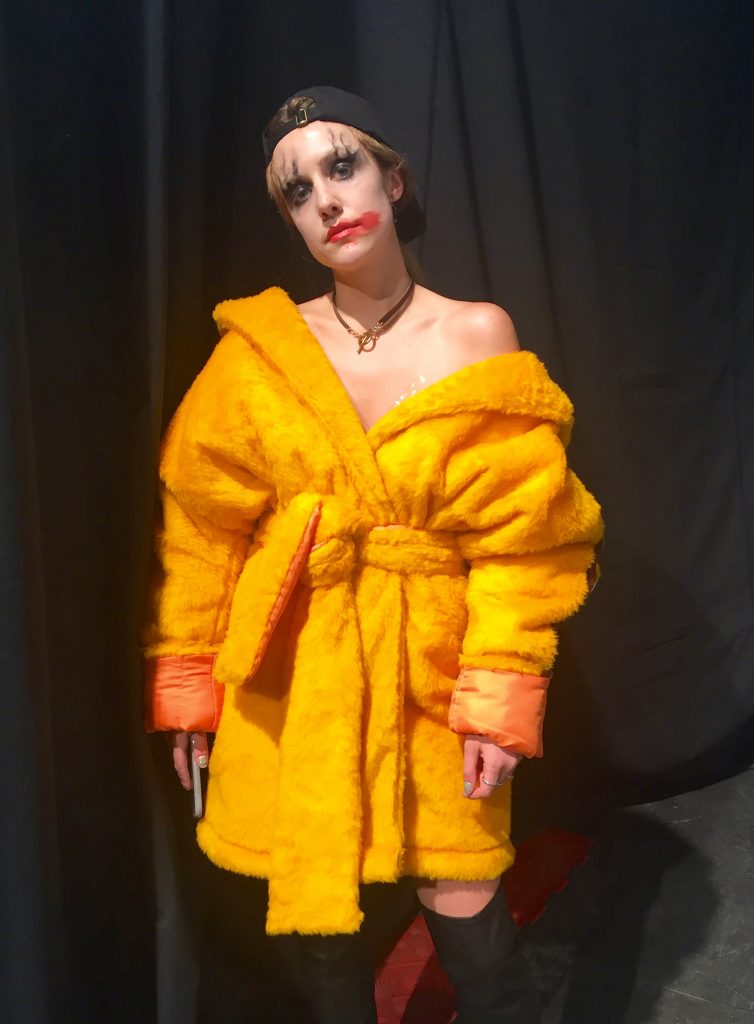 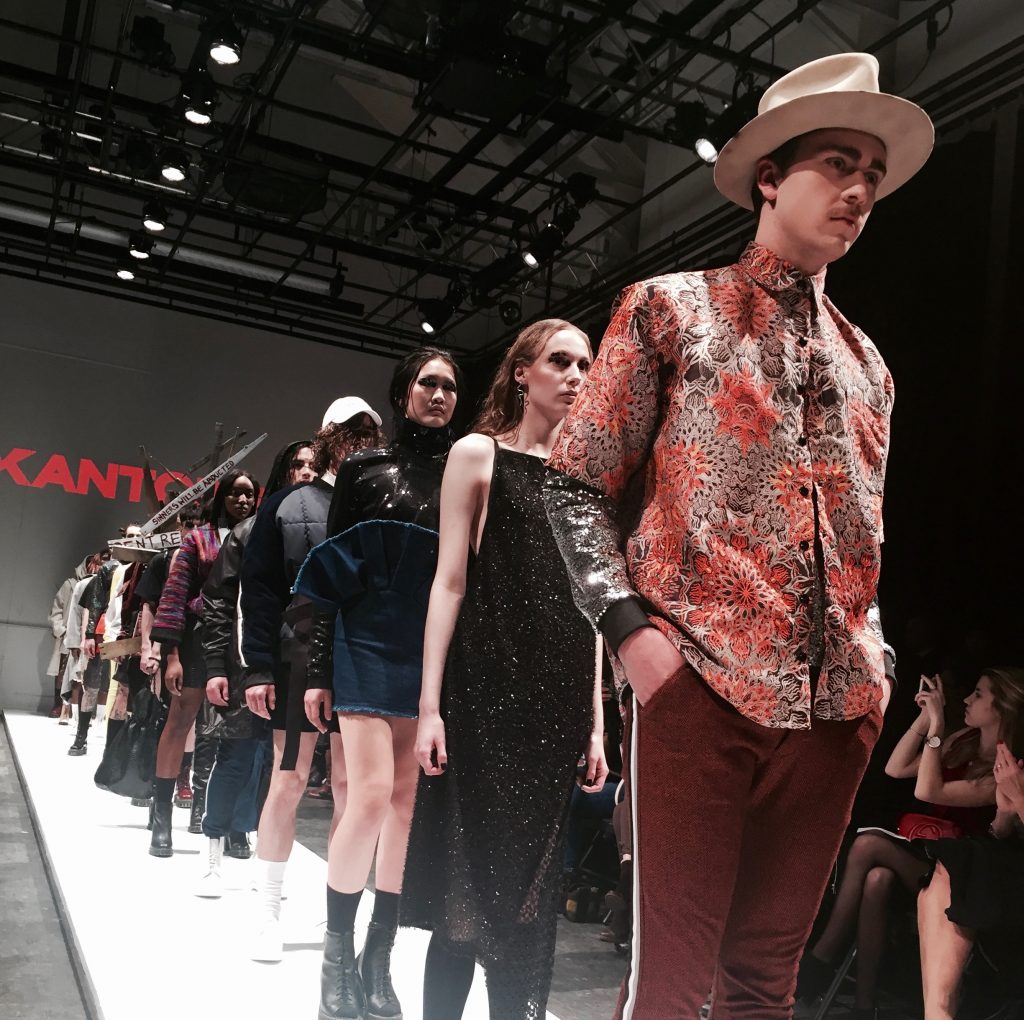 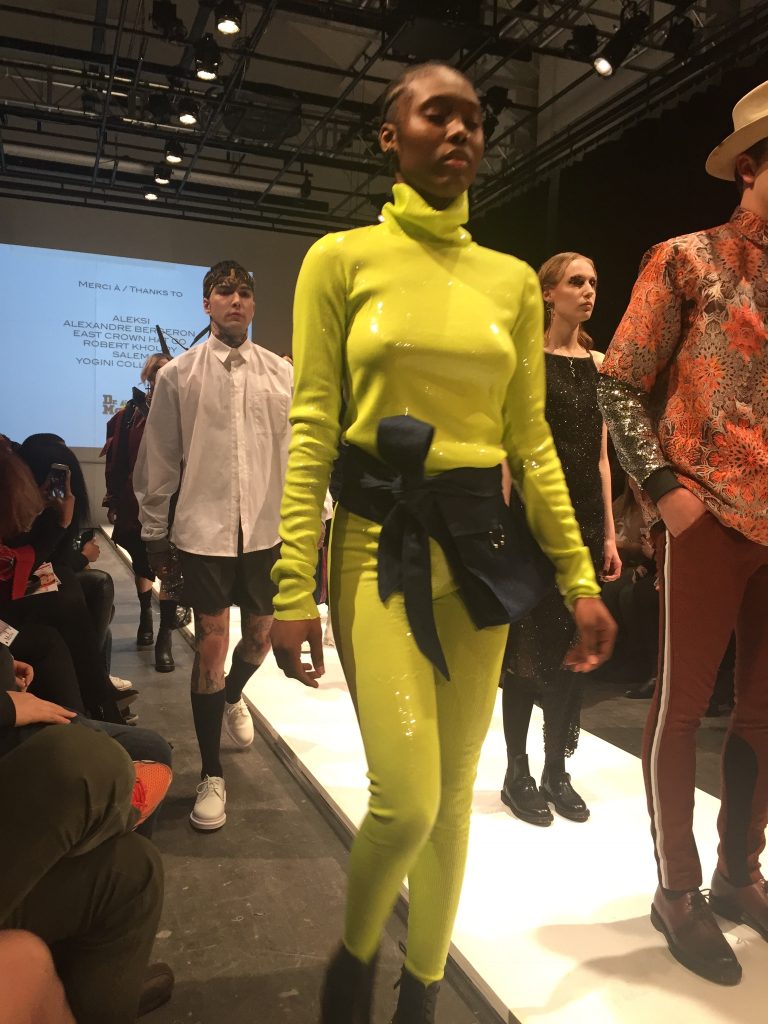 Mark Antoine’s was at least the third collection that referenced a dystopian society. It began with the students of LaSalle College, directed by their superbly creative teacher, Milan Tanedjikov. Their opening show at the three-day event, titled Lines of Flight, featured purple or masked faces, ragged and ripped fabric, twists, fuzz and humps, layers and volume – all pointing to the influence of Rei Kawakubo, Rick Owens, and perhaps a touch of John Galliano.

No matter: in journalism, Norah Ephron said, “Everything is copy.” In fashion, everything is copied. The point is that the students were creative – and with a coherent message and point of view. 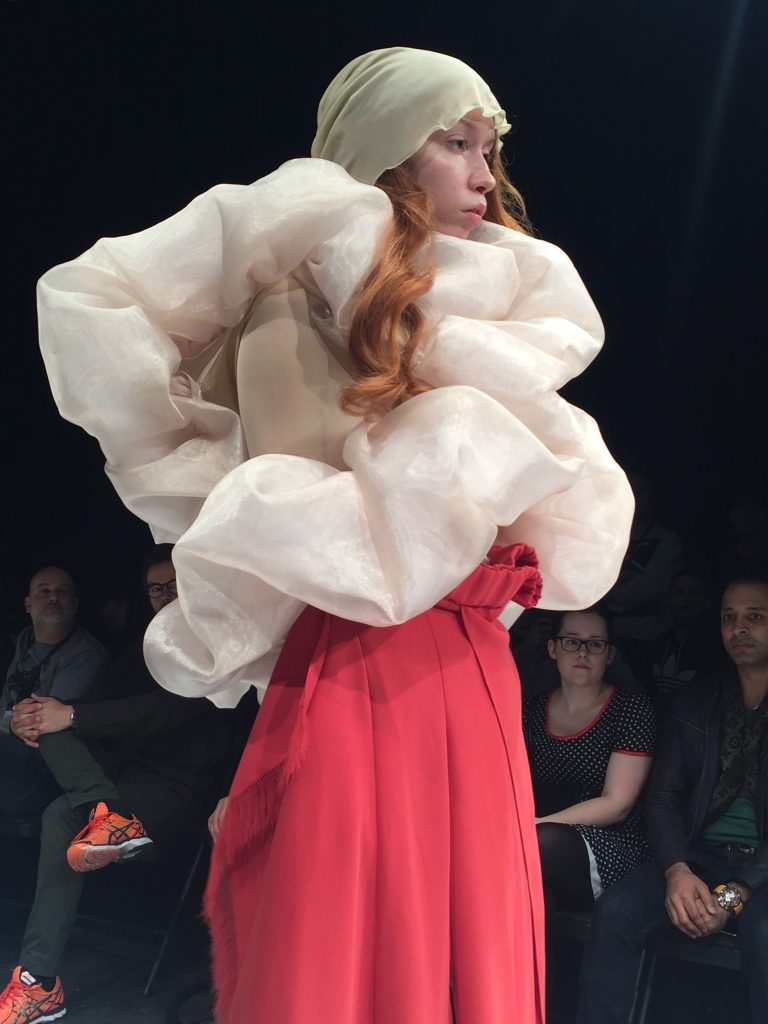 From the students of LaSalle College, Lines of Flight. 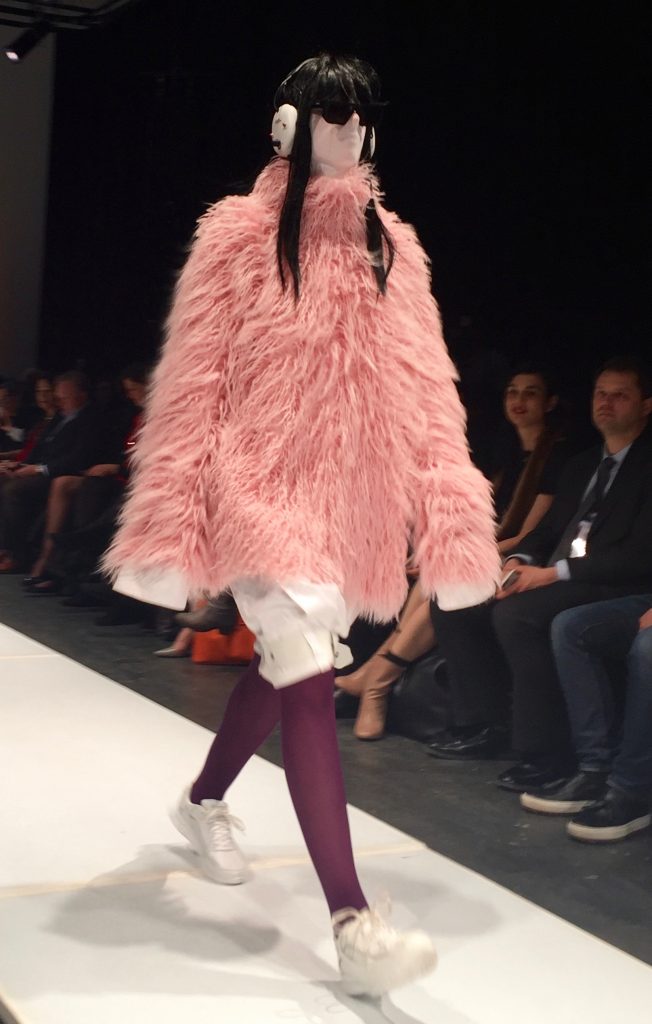 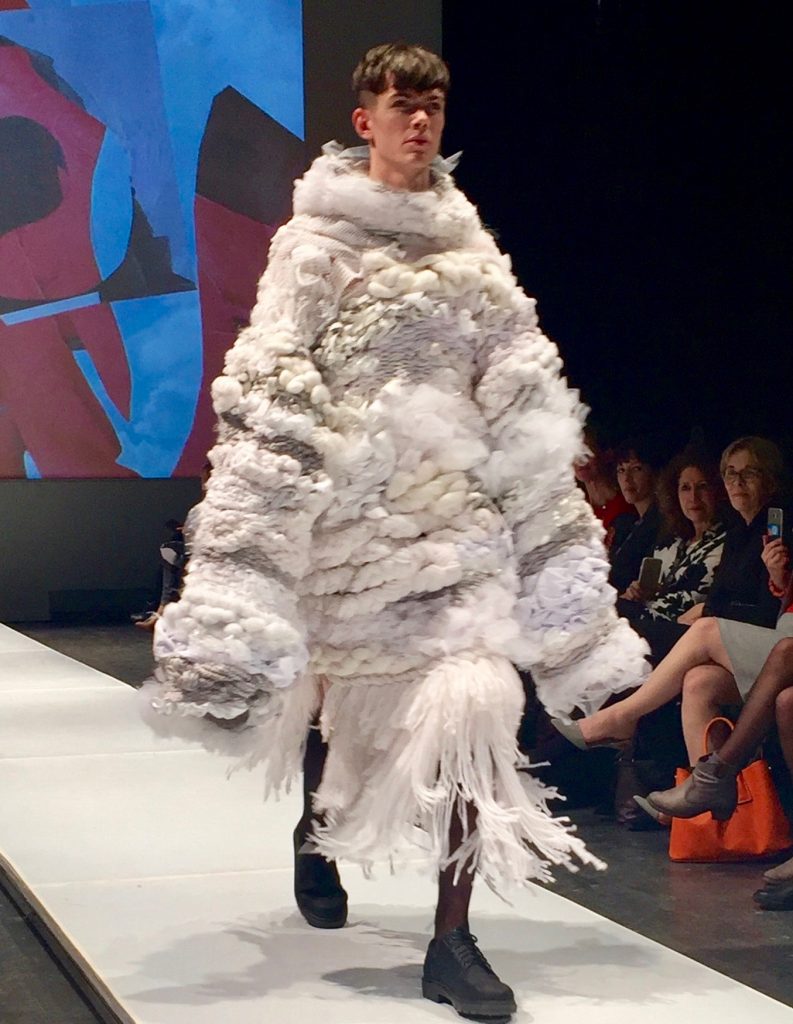 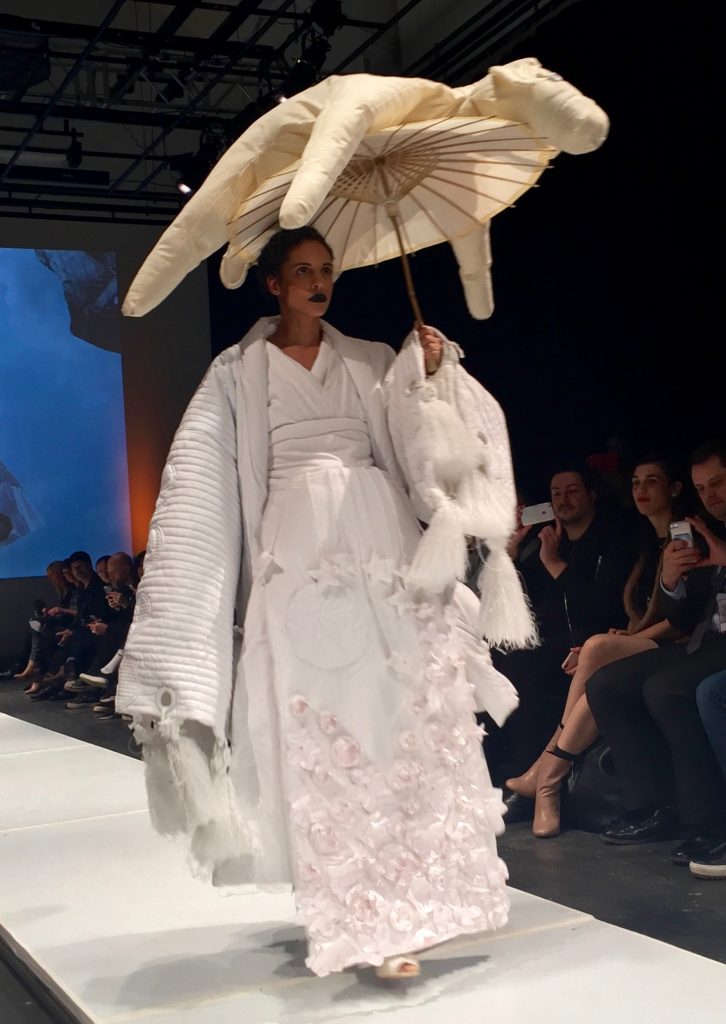 APigeon on the catwalk for the LaSalle College show, Lines of Flight.

V-Franz Bernil, in another outstanding show, also delved into that dark vision. A series of plaids and pinstripes, very well done but quite reminiscent of the late Alexander McQueen, started the show. Footwear was wrapped in garbage bags or clear cellophane. Call me a prude, but the two exits with bared breasts didn’t enhance the collection. Where the designer excels is in sexy, bare evening wear, and this season he did his best yet, rendered in green lavish embroidery or nude embroidered net. 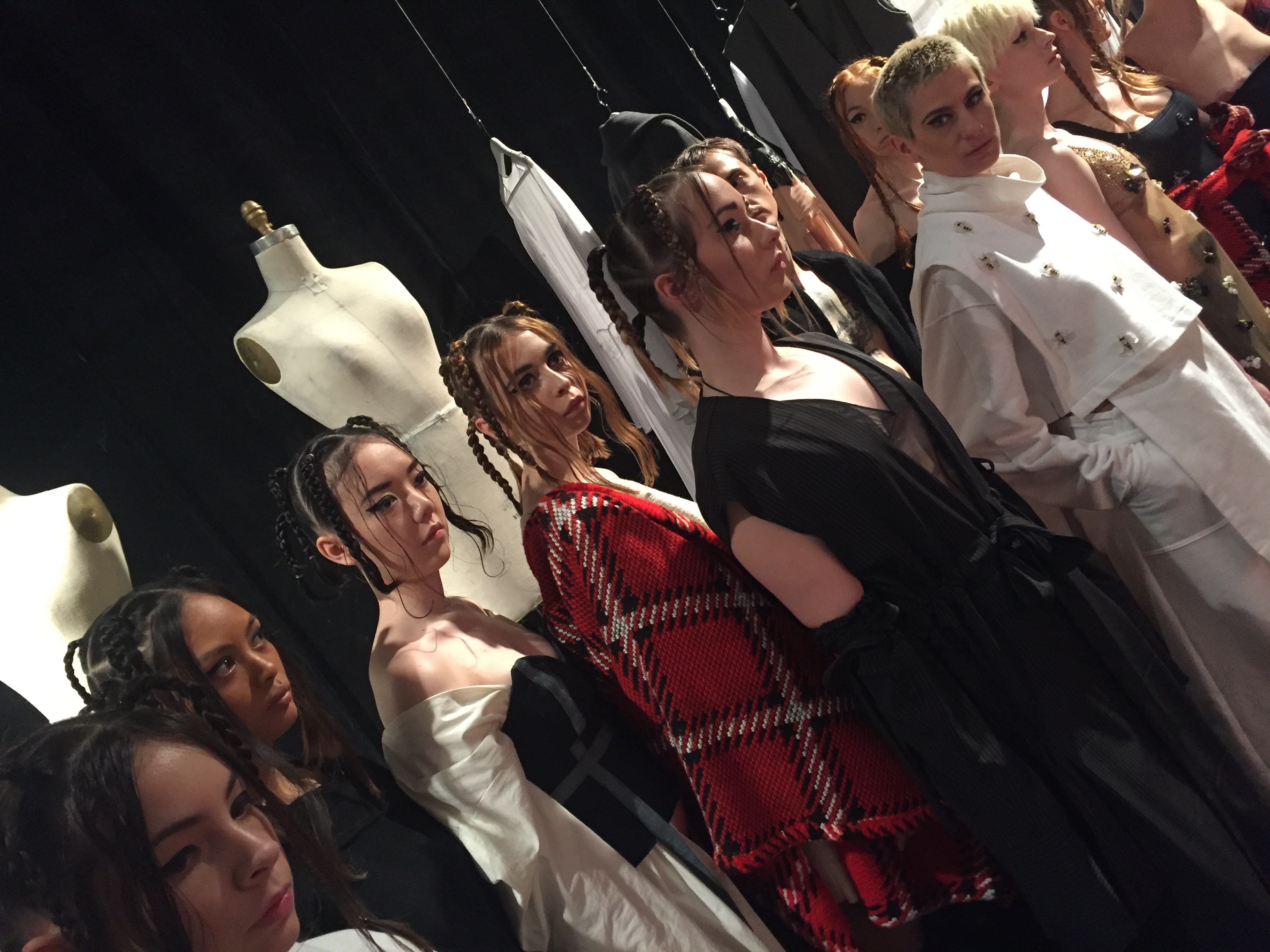 On quite another, more serene vein was Leinad Beaudet, with a  small collection titled Outremont ma chère. The designer always has an austere look, with accomplished draping and volume. His closing piece was a showstopper dress in blush sequins with raw edges, draped shoulders and an easy shape. Would love to see variations of that dress – shorter, perhaps, or with an alluring open cowl back. But this is Leinad – and that’s the way he rumbles. Cute touch: mismatched bindings on shoes. 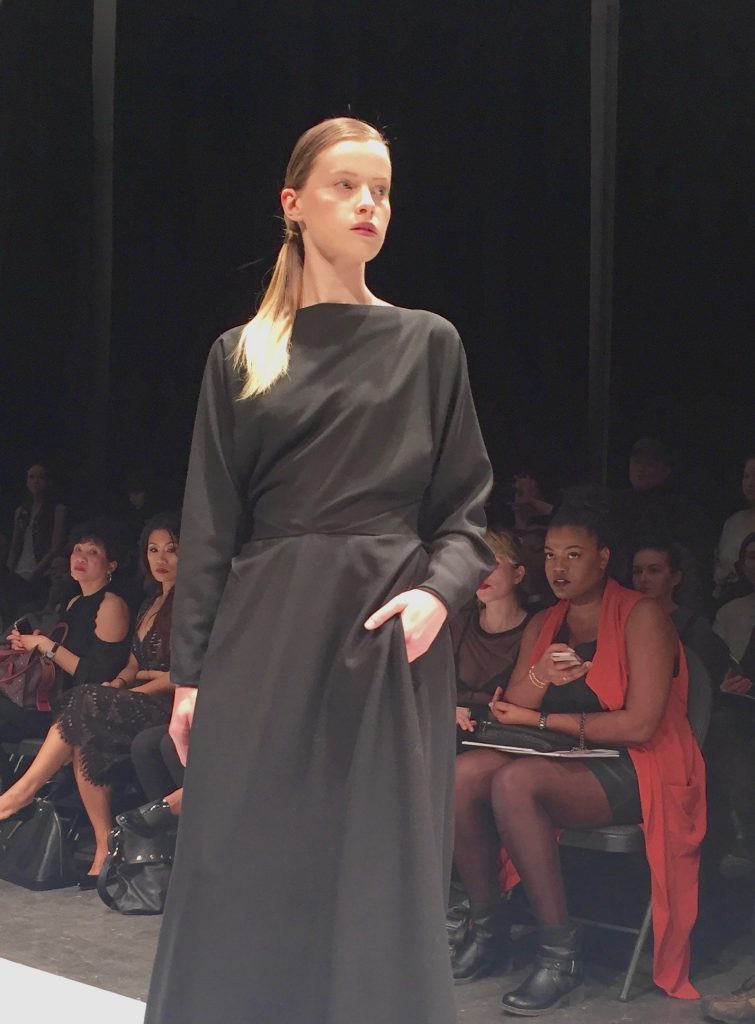 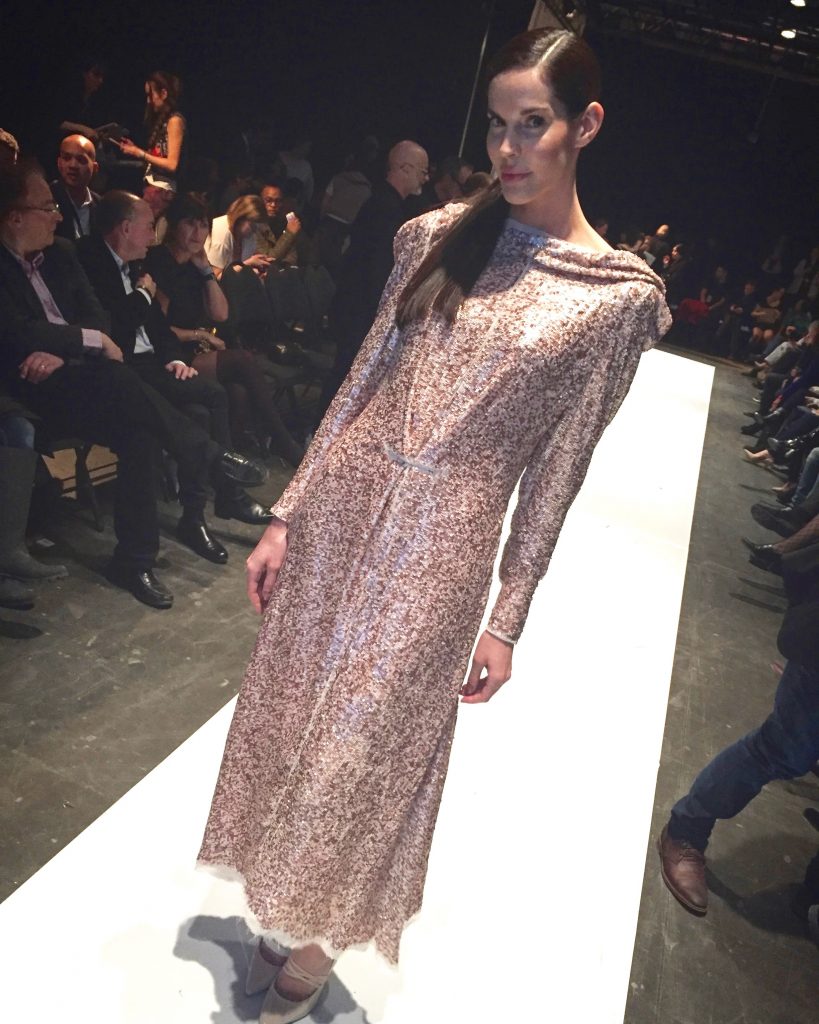 Earlier, couturier Helmer, in top form, chose to show menswear only. His dandies sported oversize stripes and plaids, denim and one flashy scarlet ensemble of greatcoat, blazer and plaid pants. A street-inspired look gave the theme away: emblazoned on pants was the word “zazou,” referencing the garish, oversize look of a Second World War French subculture. Take the extreme styling away, however, and there was some very nice, wearable tailoring in soft beige-blue plaids, for instance. 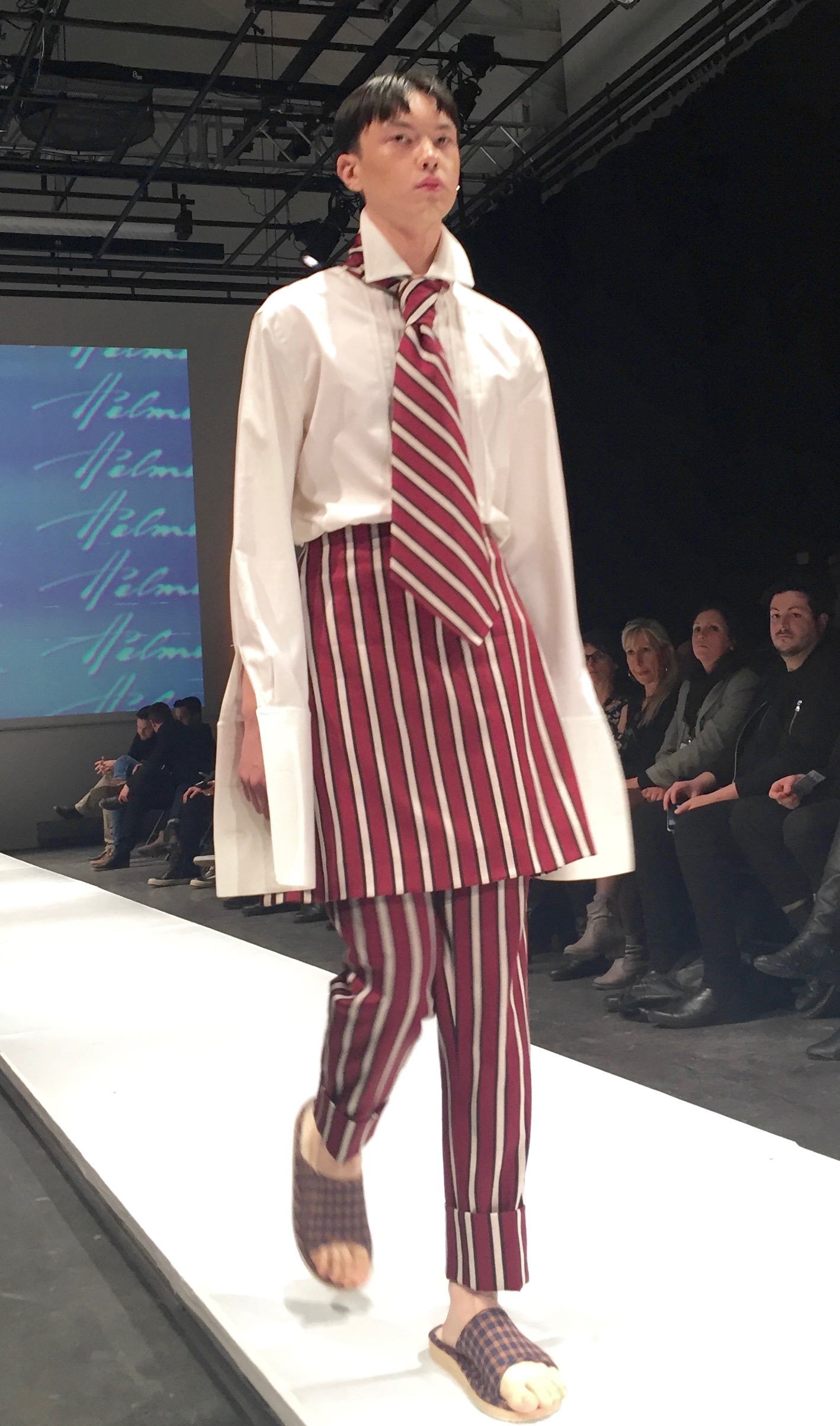 Fashion Preview, which was held at UQAM’s Agora, was conceived as an alternative showcase for the new generation of emerging designers. In its early days, there were creative installations, which became unwieldy to set up, and meant long waits between shows. It has moved to traditional runway, and this season, the shows ran like clockwork, quite the accomplishment.

In its mission to showcase young talent, each evening opened with presentations from the fashion schools – and they were impressive. The fur work from Marie-Victorin students was beautifully crafted and conceived. Loved the winter white theme. 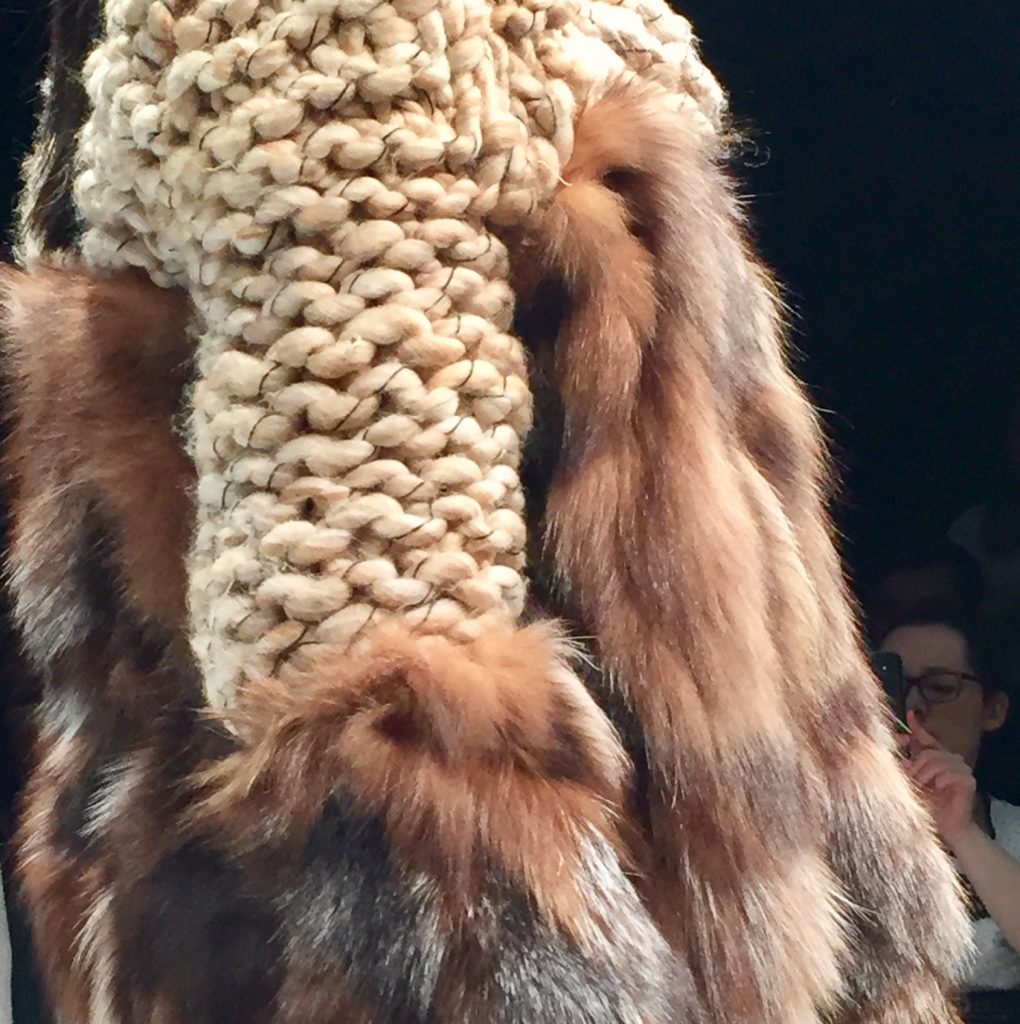 With the traditional runway, established venue and good organization, what’s needed is for a few of the big fashion design labels to take to the runway, attracting buzz, buyers and media to Montreal fashion.