In the runup to Fashion Preview, a three-day showcase of Montreal labels, I asked: Is this the new fashion week?

Well, it is trying hard, but there was not enough exciting content for a three-day event.

First, on the negative side, everything was slow, excruciatingly so.

When Fashion Preview launched six seasons ago, it was a platform for alternative installations by emerging designers: this week at the Agora at UQAM, models walked very slowly down a traditional catwalk, with the same choreography at almost all the shows, with the notable exception of the LaSalle College presentation.

And it’s always the same old story: there is not a critical mass of established and emerging design stars to attract the attention of media and buyers.

Yes, there was a contingent from Belgium, and Toronto’s Shopgirls gals – but is that enough to bring out the big guns like Marie Saint Pierre, Denis Gagnon, Philippe Dubuc, Mackage, Unttld, Judith & Charles – and the list goes on?

On the bright side, Helmer, Duy and Leinad Beaudet were in fine form. And the showcase outside the runway room had a nice selection of accessories – Holdur’s luxe fanny packs in new colours including a great slate blue, silk wrapped polymer bowties for him and her by Guillotine, modern jewelry from Belgium’s Et Le Bijou Créa la Femme, and the adorable dolls decked out in Quebec’s finest from Coton Mouton.

Helmer played variations on his tailoring in fuchsia silk with a pannier bottom for fun, and in ivory silk for wearable elegance. Flounces and lace were also part of this exercise in couture. The designer, with his training in Paris couture, is opening a school in Montreal with courses for designers to perfect their skills. 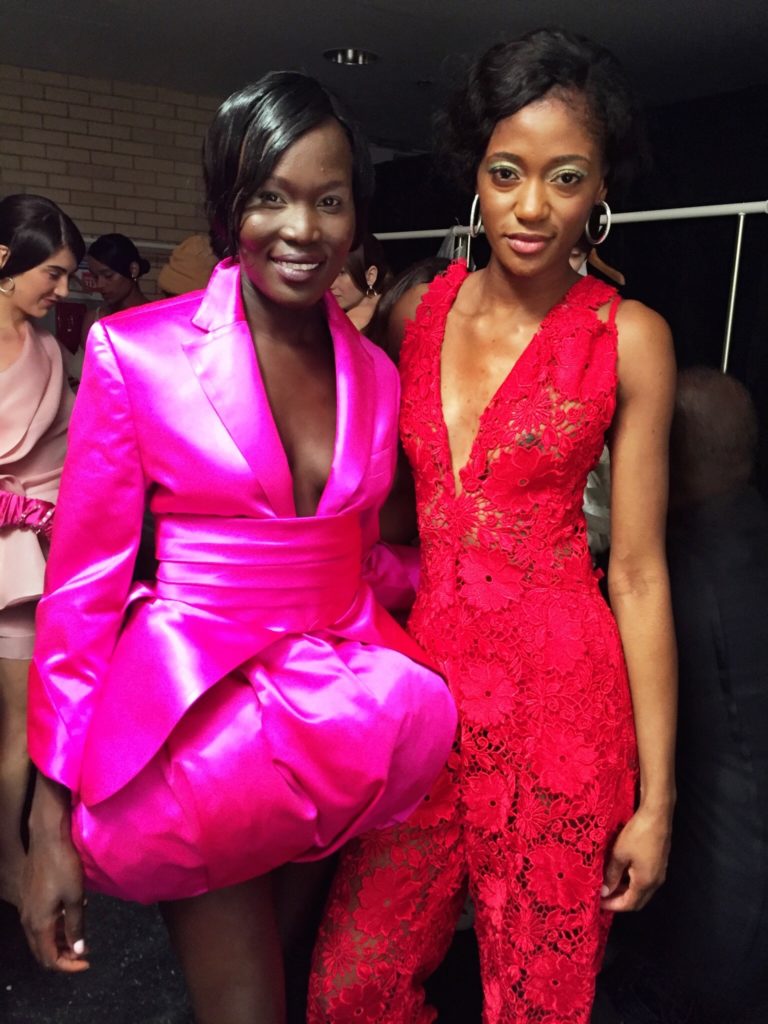 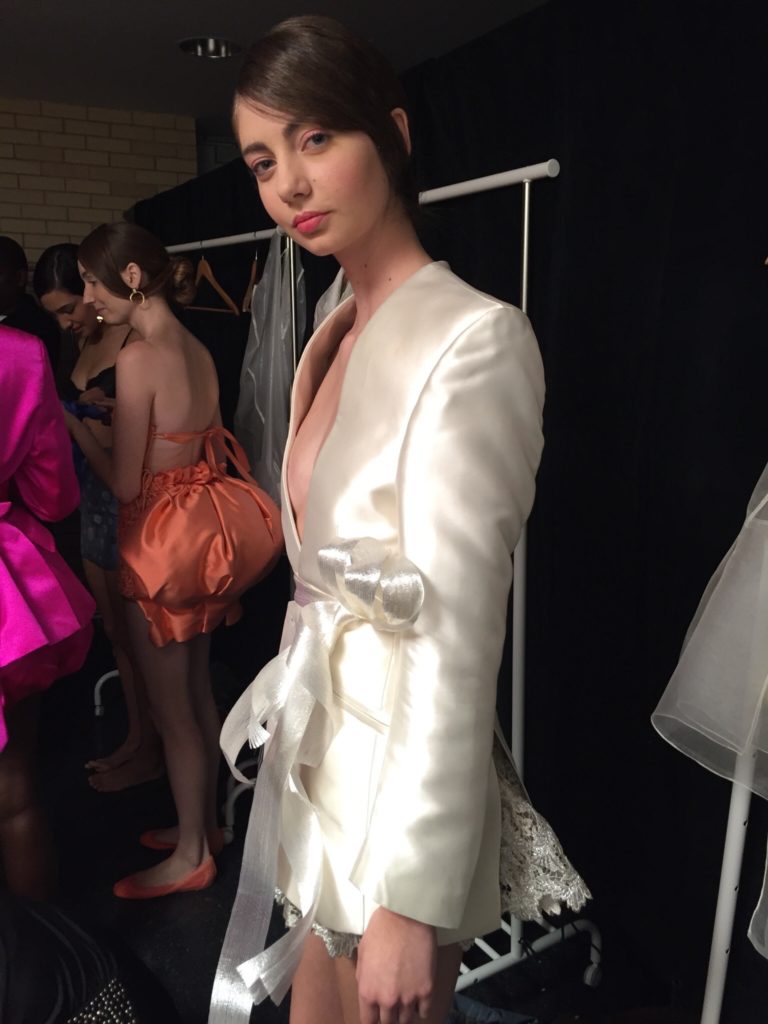 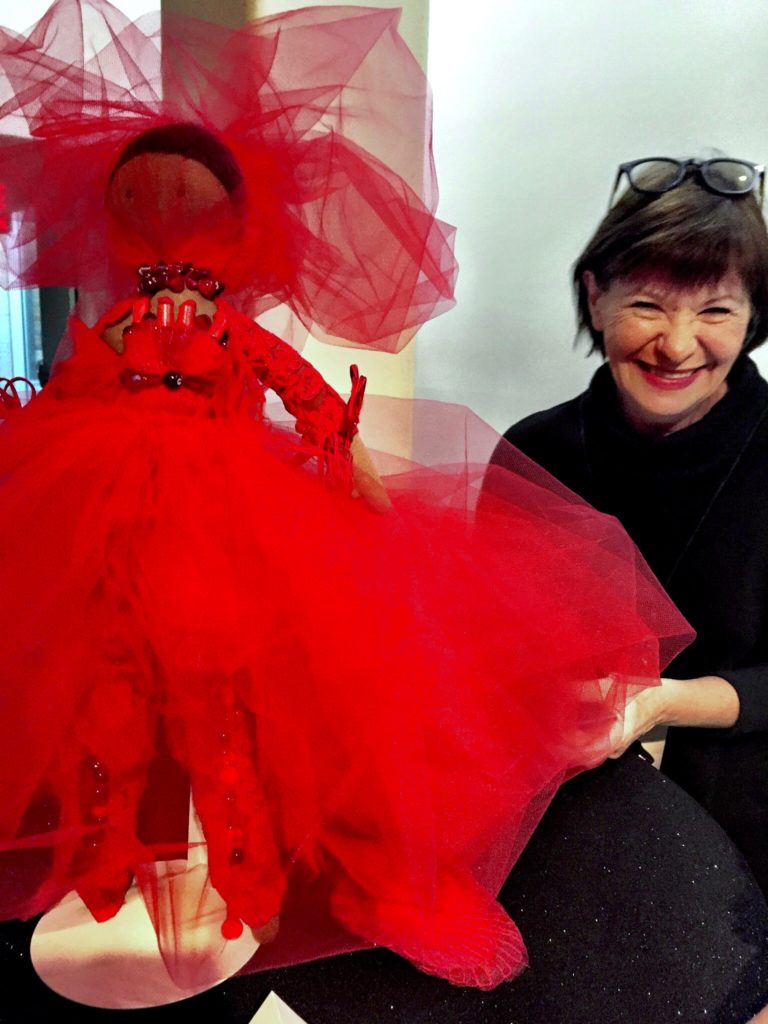 Duy, too, showed off his exquisite workmanship in what looked like a winter white collection, but was in fact spring. Again, there were breathtaking couture creations – an ivory pantsuit with with a dramatic draped kimono, and a sequin and lace confection enthralled. The theme was sense and sensibility, balancing austerity and frivolity, said Duy. The designer, who said with some fanfare that he was quitting fashion, admits he is back – half-time. He will be spending six months of the year in Vietnam. 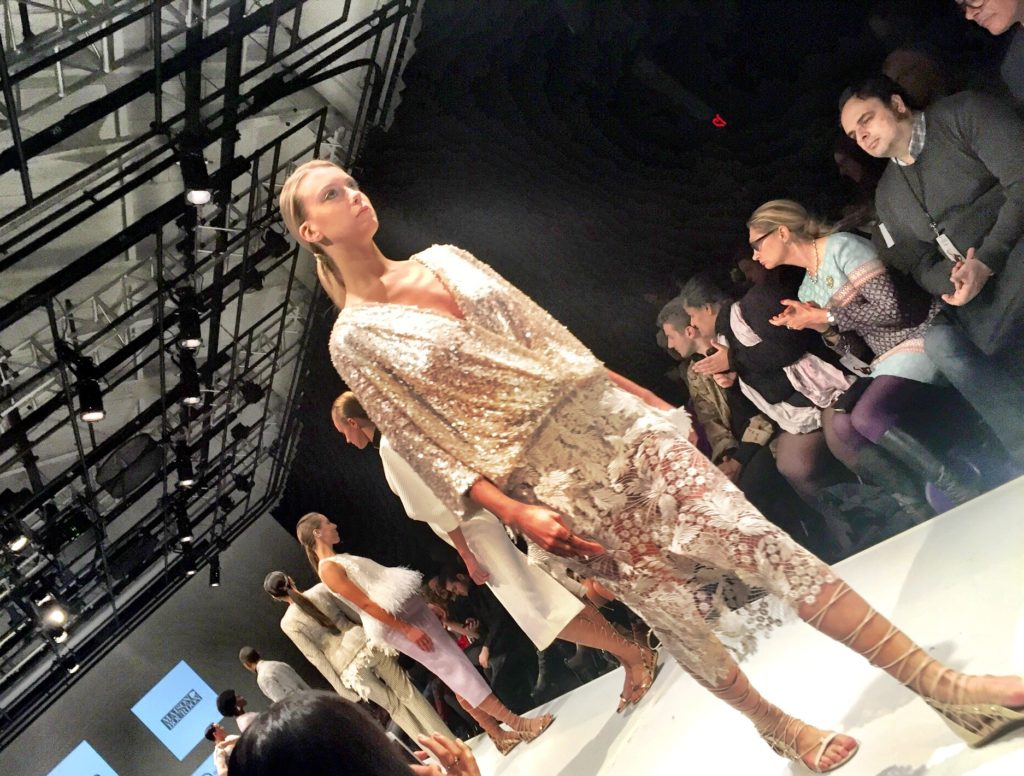 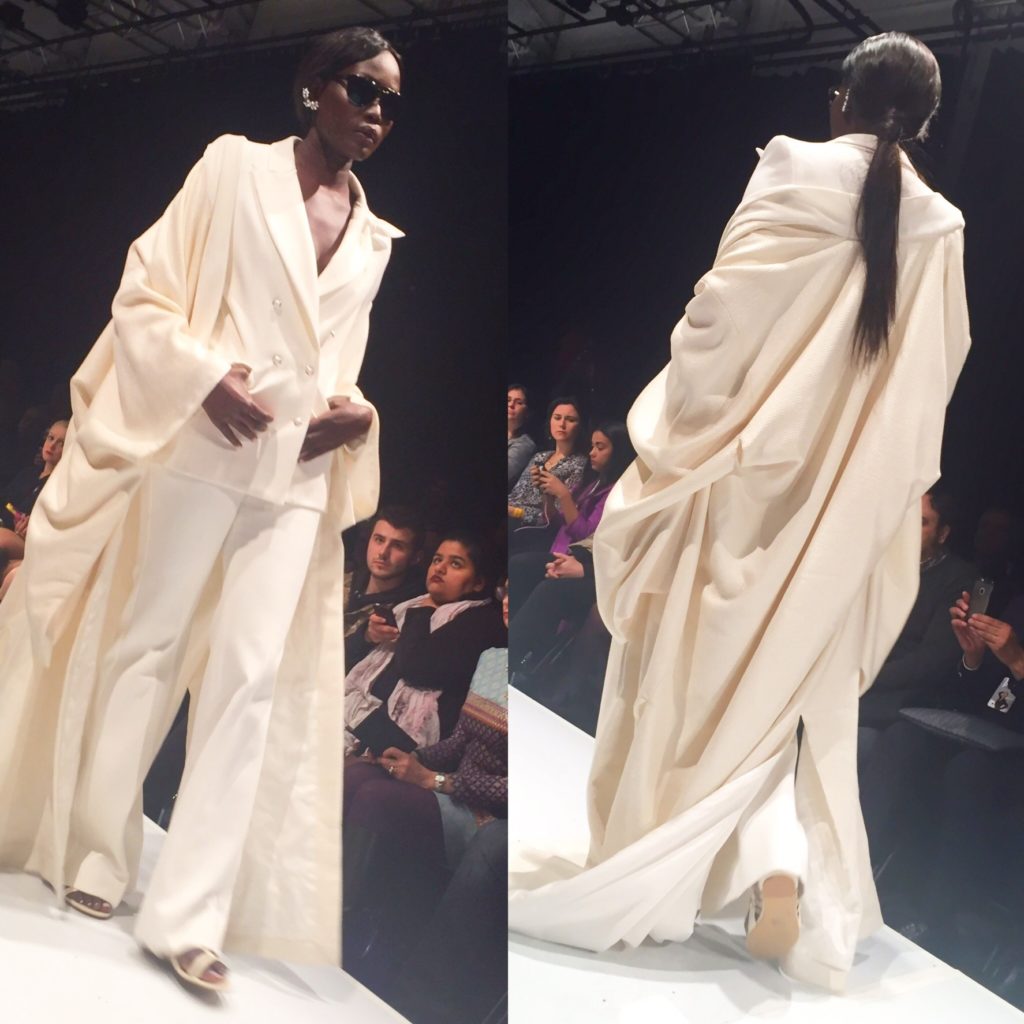 Speaking of austerity, Leinad Beaudet seemed to get happy this season after several seasons of severe designs. Blouses were draped in poetic fashion, but more surprisingly there were brights and colour – like dresses in candy white and coral stripes, marigold and baby blue. The collection, Beaudet said, was called Solastolgia, based on Albrecht’s notion of distress caused by environmental change close to one’s home and out of one’s control. “It’s about everything being too much,’’ he said. 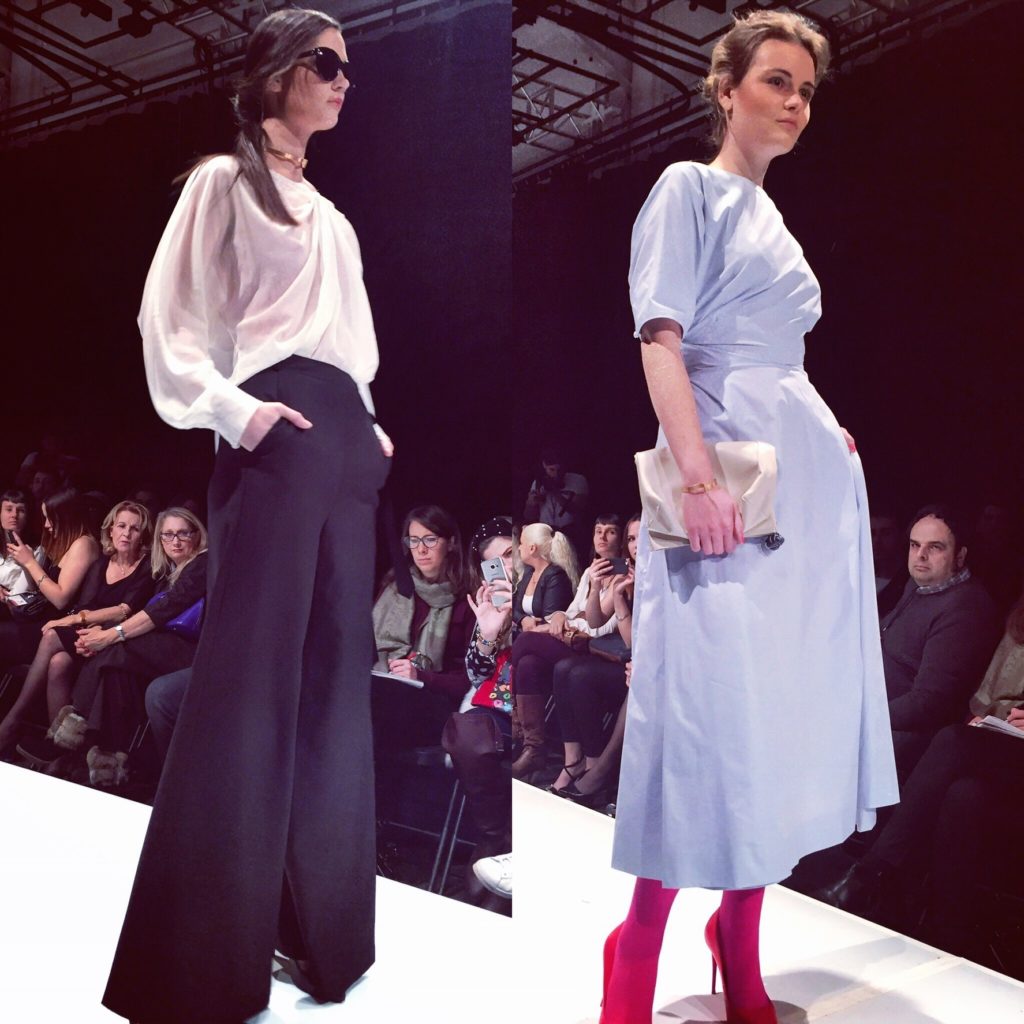 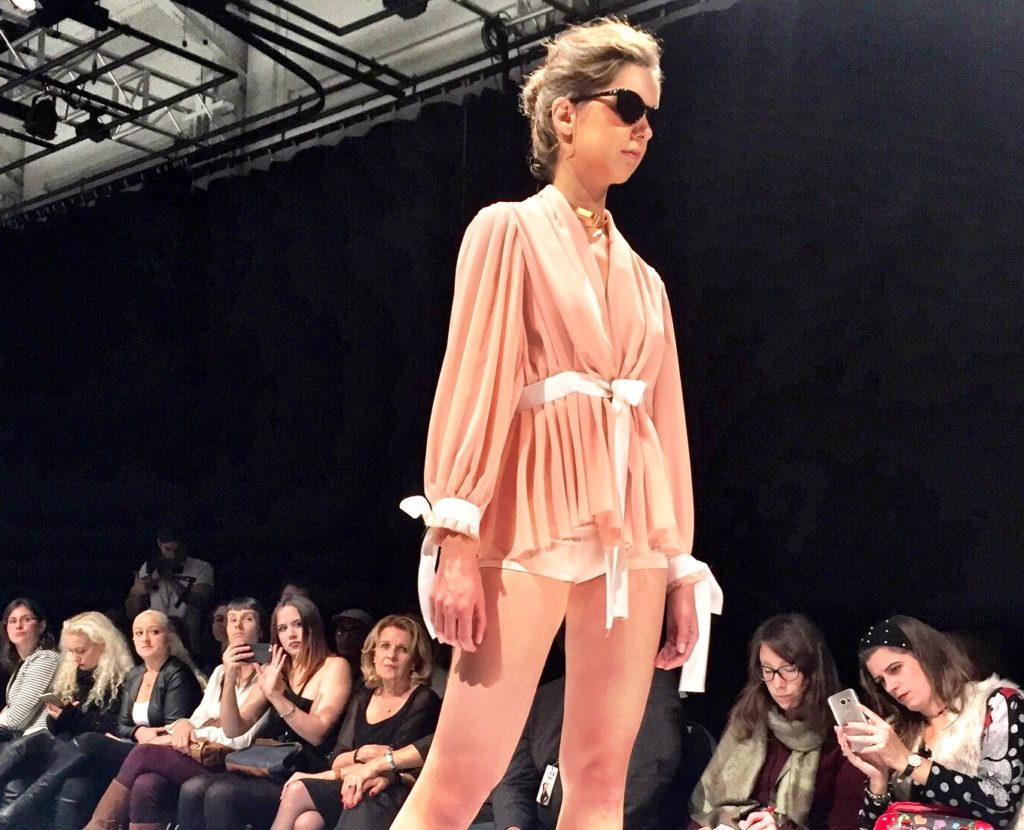 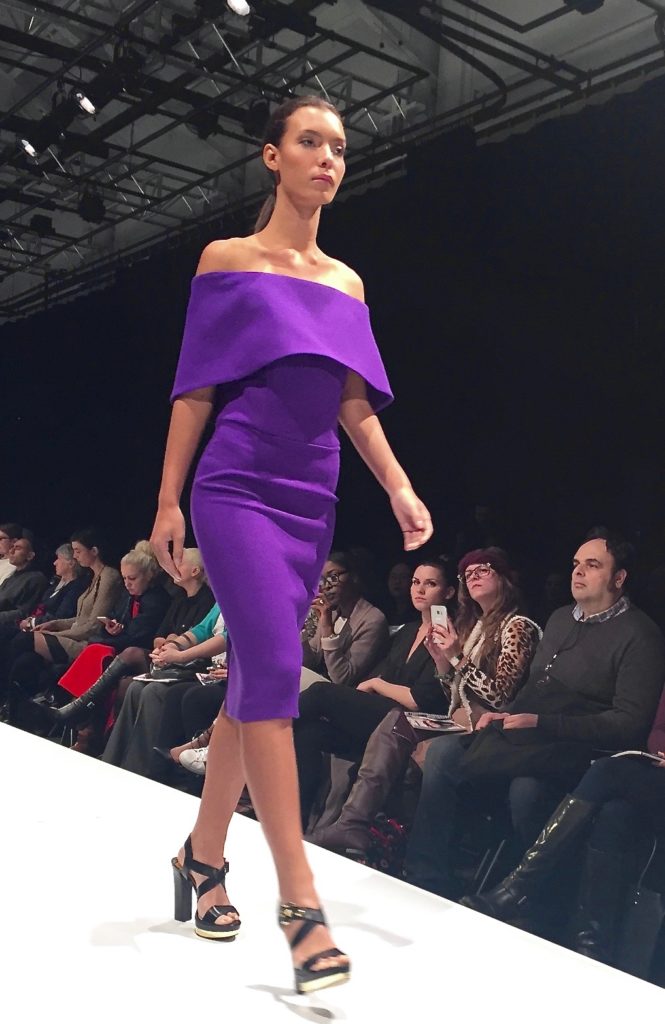 But the most modern and innovative show was LaSalle College’s Order Project, in which students created variations on men’s white dress shirts to highlight the wastage of the fashion industry, which we learned, is the world’s second most polluting industry and 30 per cent of clothing produced is never sold.

Some of the shirts were terrific, and shirt play is indeed a trend today. And then there were the children on the catwalk, sporting cardboard boxes on their backs before depositing them on the floor and turning on them as if they were pedestals. The kids were beyond cute. 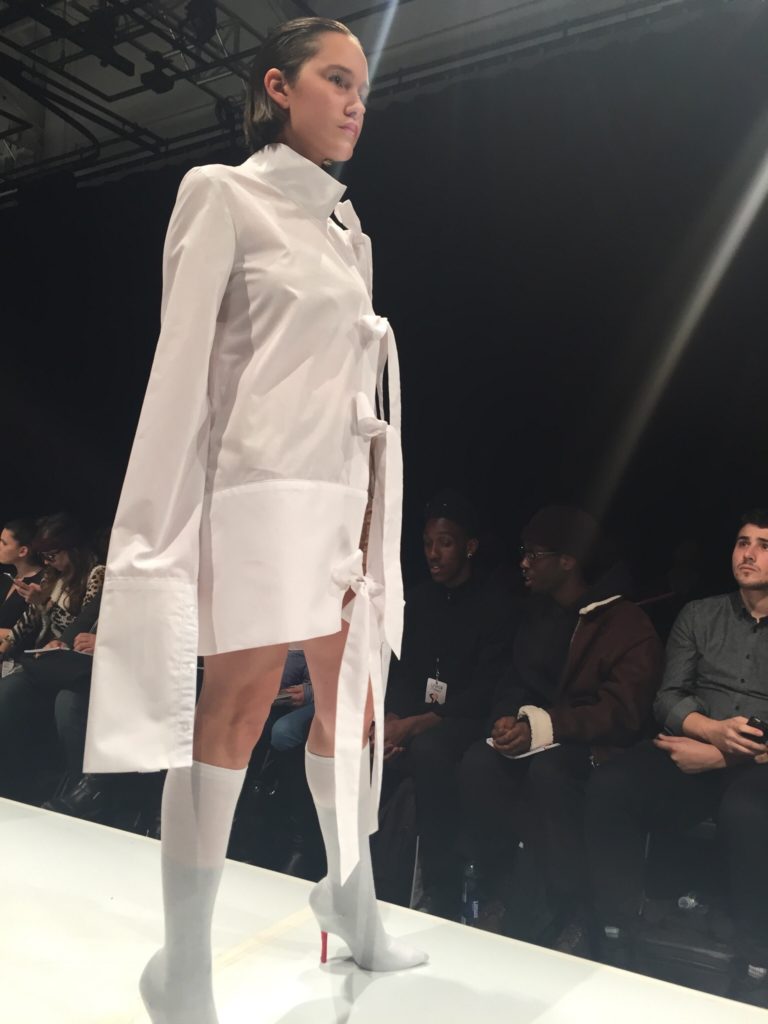 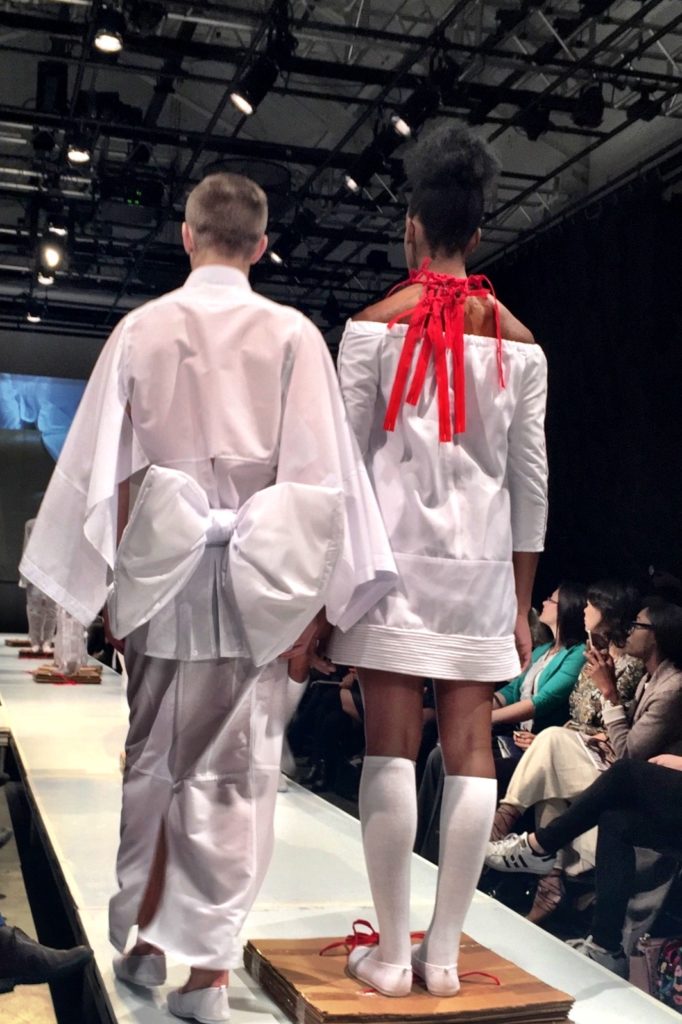 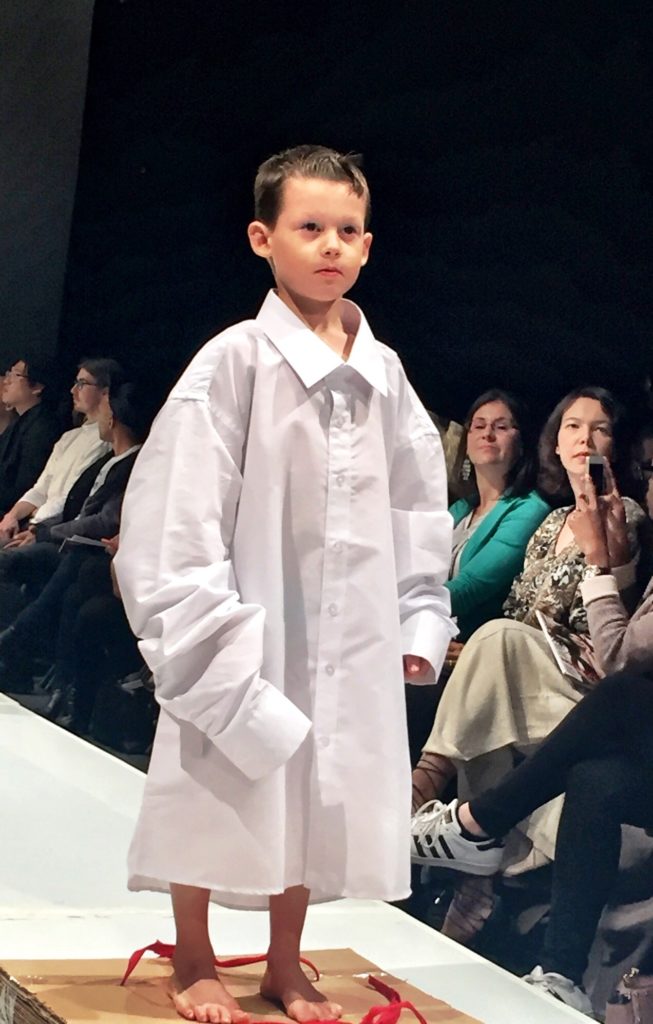 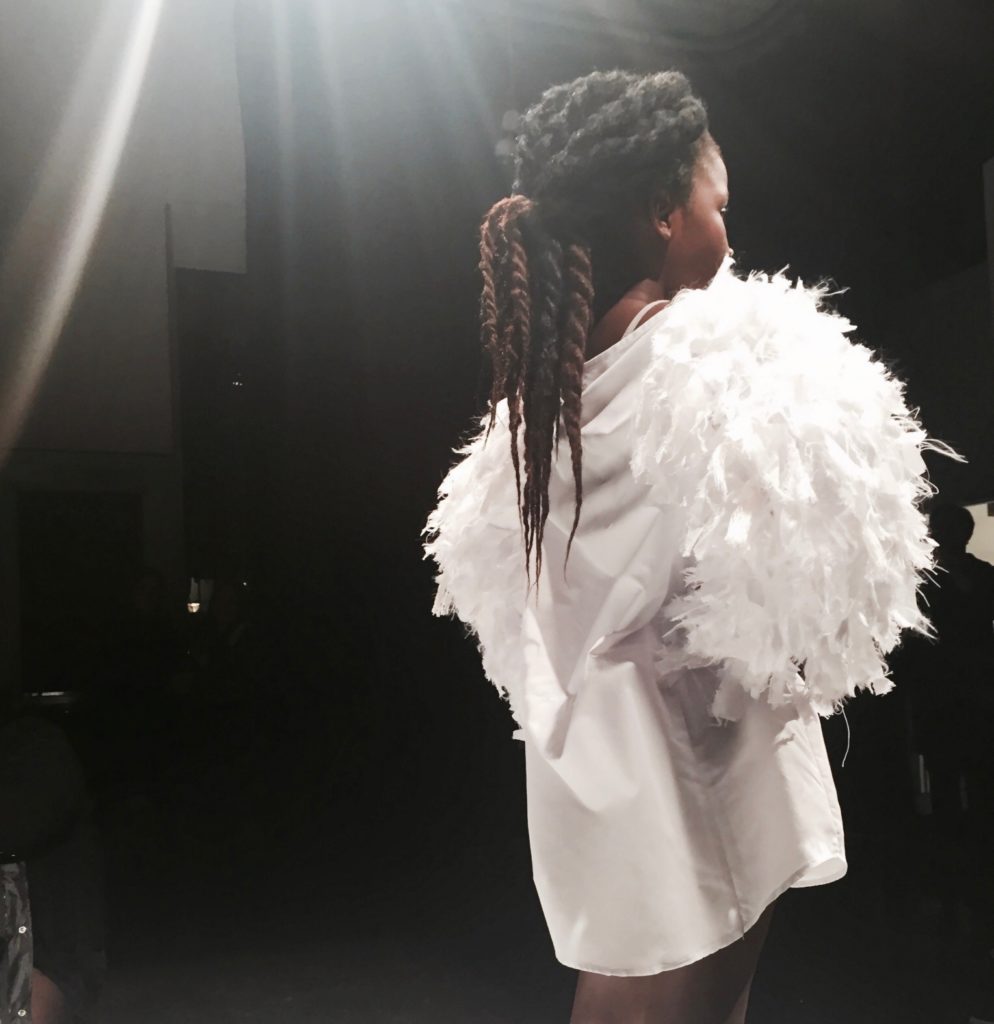