The movie was stylish and its stars are perpetual red carpet winners, but Carol stars Cate Blanchett and Rooney Mara were shut out of the awards at the Golden Globes Sunday night, both on and off the red carpet.

Call it a case of trying too hard, and being just just too cool, although Blanchett can wear the proverbial paper bag and look stunning. In fact, while Blanchett’s Givenchy lace and fringe gown could have done Scarlett O’Hara proud, on the hair and makeup front she was flawless. 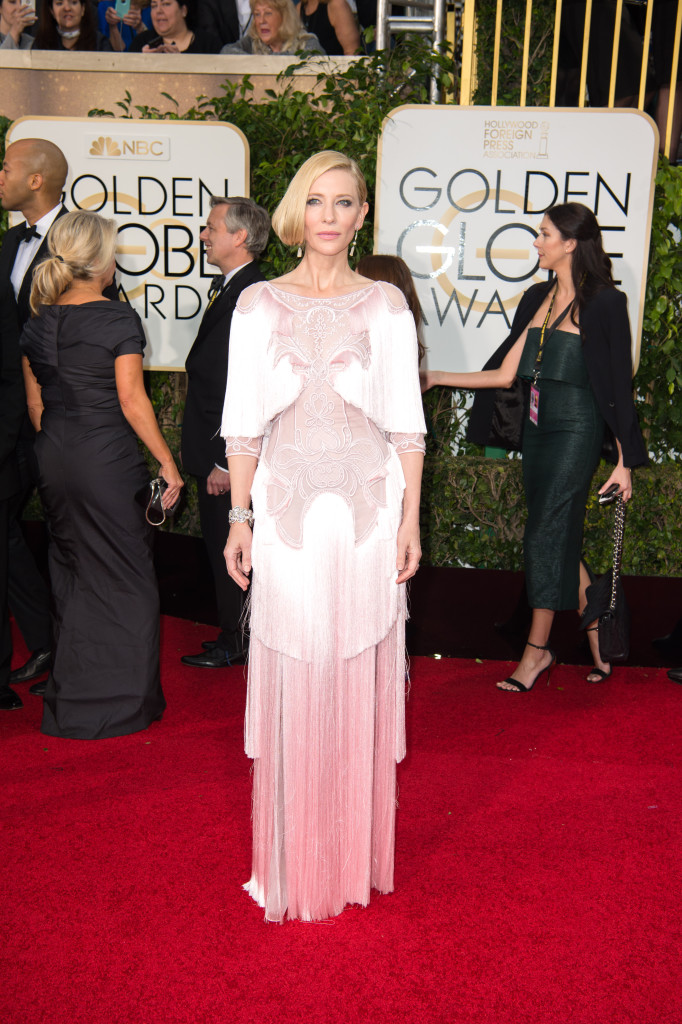 Cate Blanchett, stunning but no cigar. The Givenchy gown would do for Scarlett O’Hara. HOLLYWOOD FOREIGN PRESS ASSOCATION 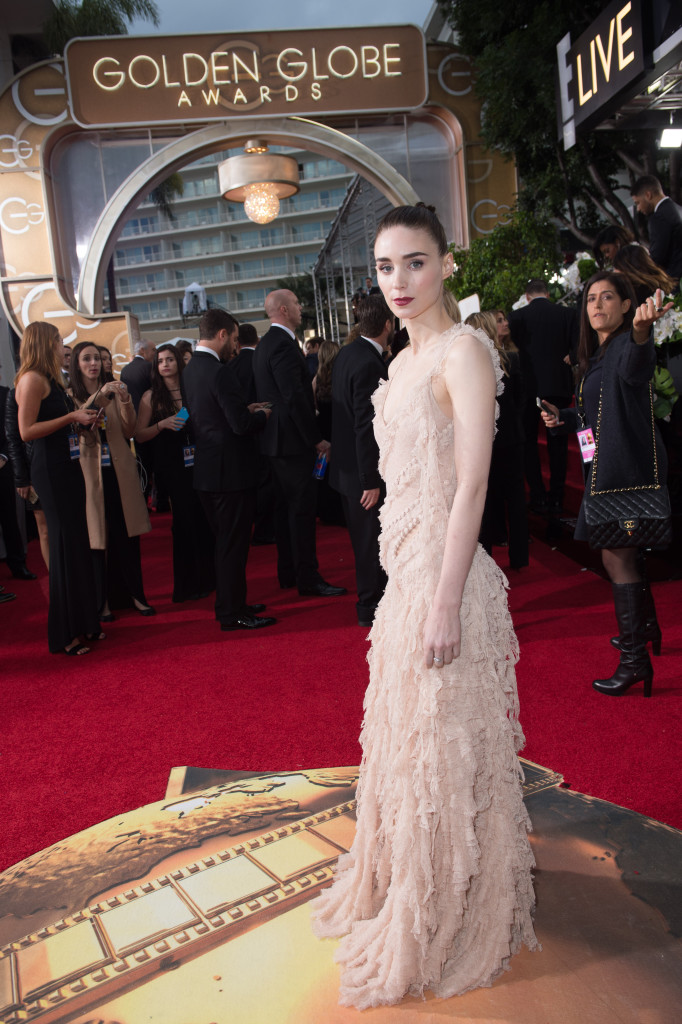 Ribbons and ruffles, fringe and frills have fallen out of favour in fashion – and it’s about time. Listen up, Jane Fonda.

Instead, Emmy Rossum in Armani Privé and Jennifer Lawrence in Dior – a perpetual winner on all fronts – and ladies who took the plunge – Jamie Alexander, Jenna Dewan-Tatum, Olivia Wilde – looked modern and right. 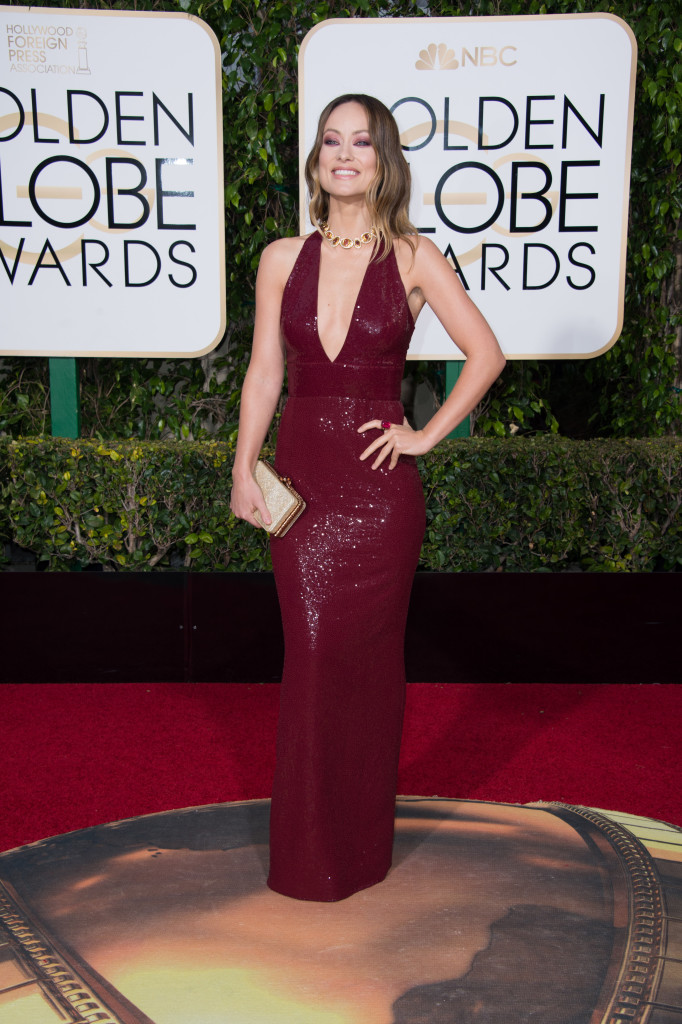 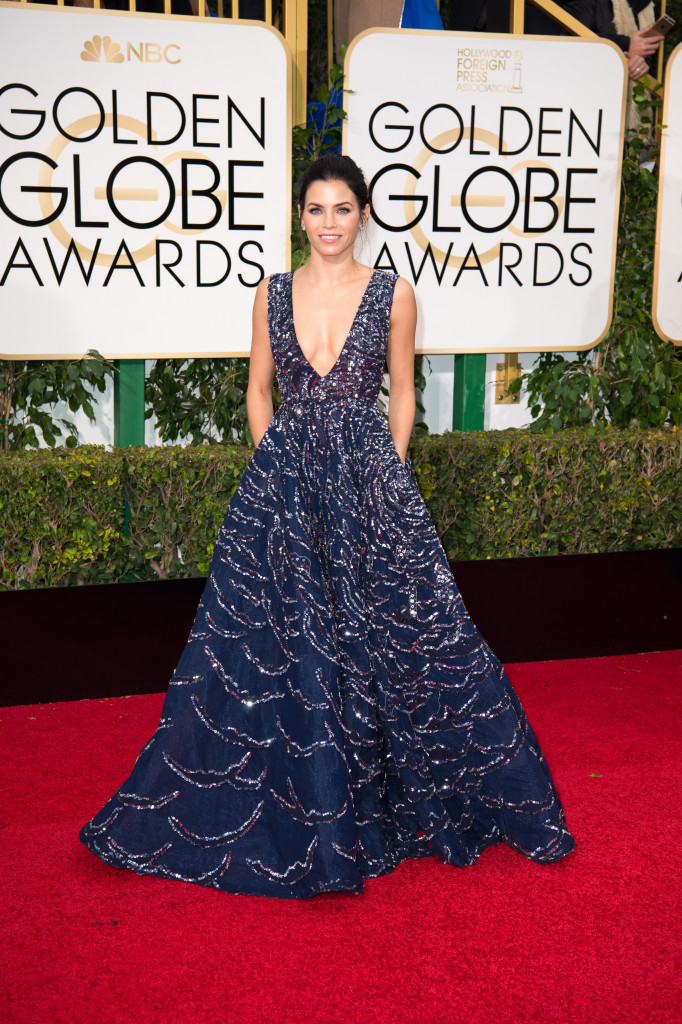 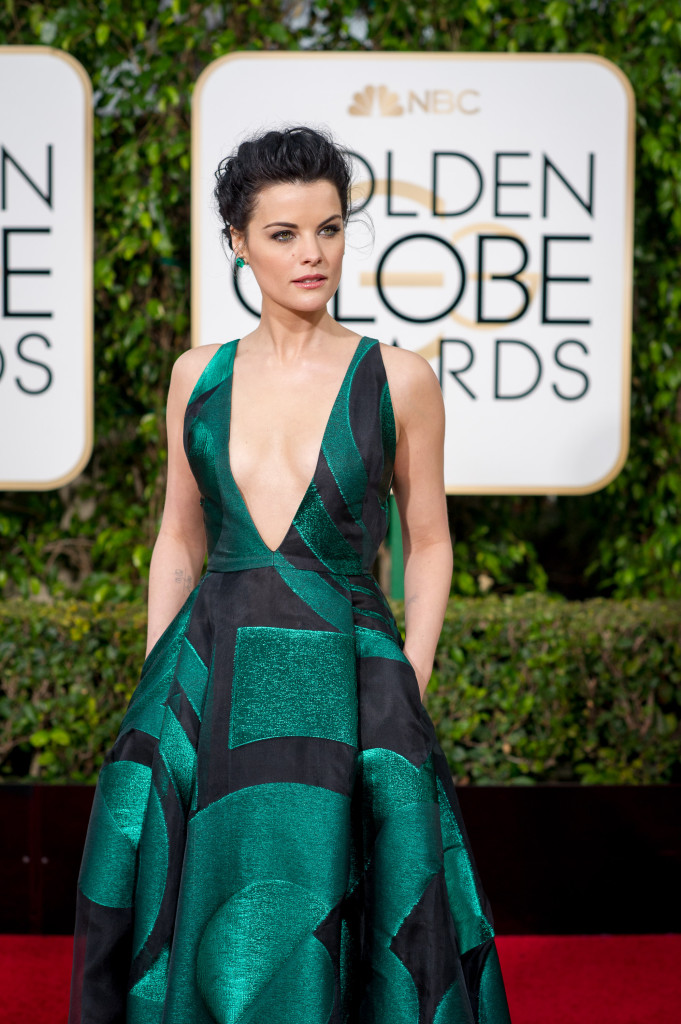 And J. Lo – the initiator of the down-to-there-plunge –  basically killed it in a marigold caped number from Giambattista Valli. (Yes, she could have lost the train.) 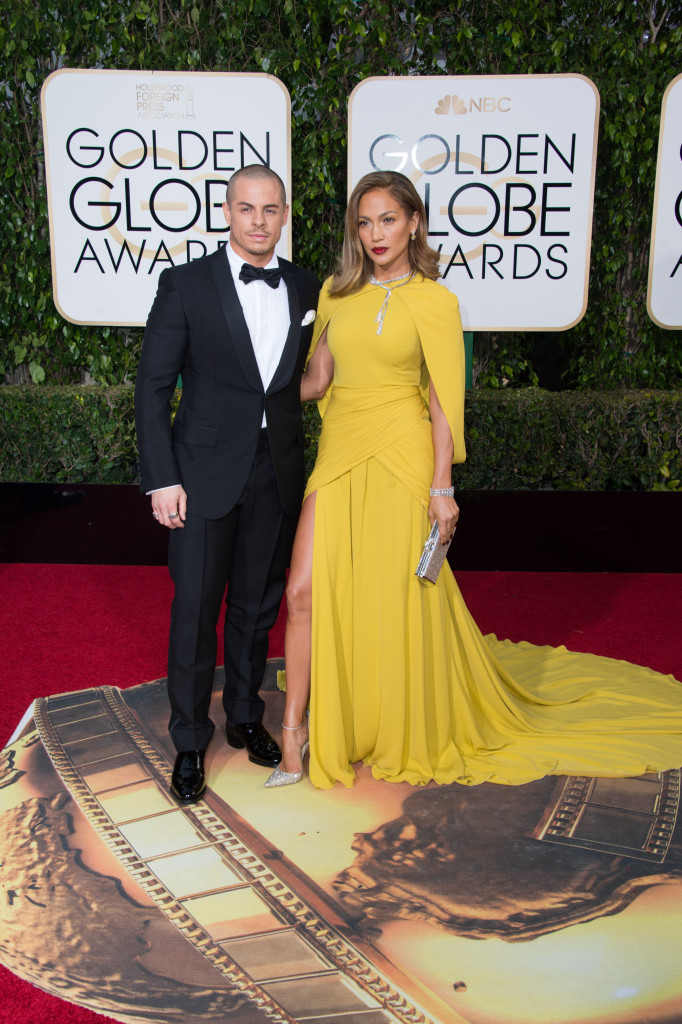 Saoirse Ronan in Saint Laurent and Lily James in Marchesa played the white angelic card, beautifully. Too bad Ronan did not take the acting honours – she was brilliant in her role as an Irish immigrant to Brooklyn, caught between two worlds. 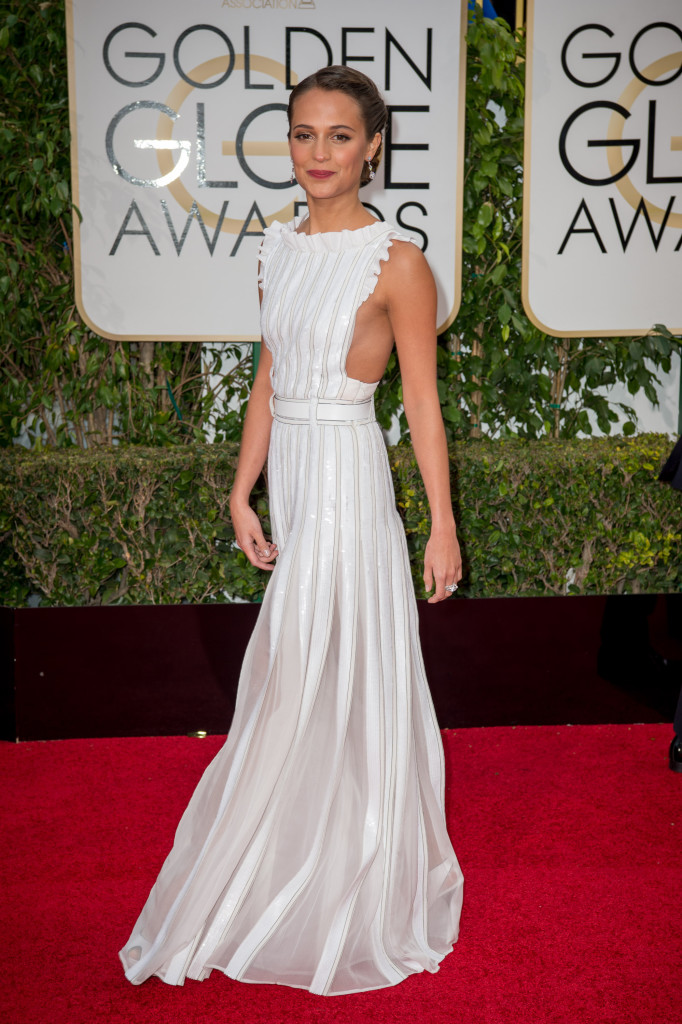 And on Kirsten Dunst and Kate Hudson, sometimes, more is better, except for the extra neck bandeau on Kate. 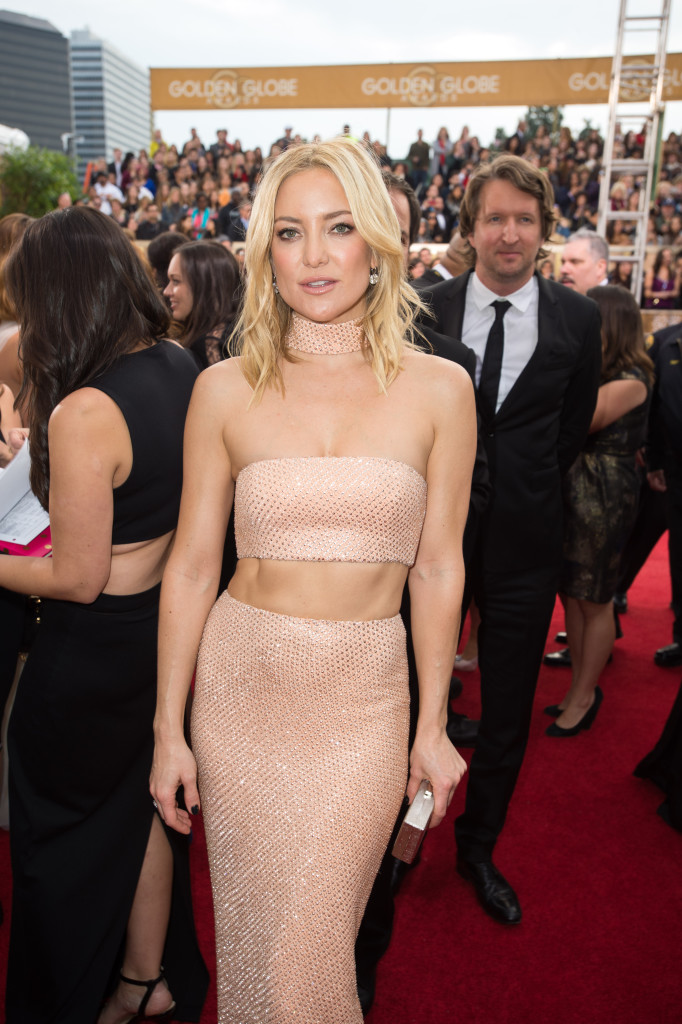 Kirsten Dunst in Valentino: not a comfy look.