They’re the icing on the wedding cake: 36 creations – frothy and not – by Jean Paul Gaultier. The Montreal Museum of Fine Arts exhibition is wrapping up its record-breaking Gaultier retrospective with Love is Love: Wedding Bliss for All, a show in the tradition of haute couture: the bridal gown finale.

The installation features a giant tiered gâteau populated by the talking mannequins that have travelled the globe for six years for the exhibition The Fashion World of Jean Paul Gaultier, From the Sidewalk to the Catwalk. 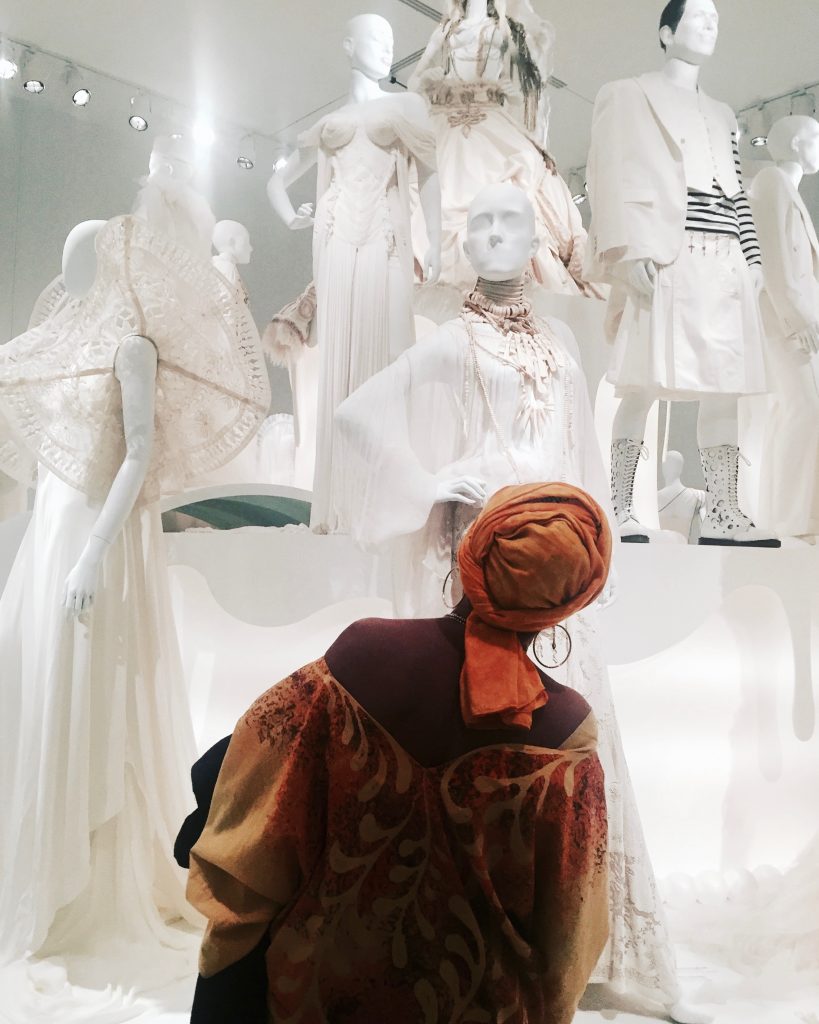 The wedding theme is a fitting finale. Gaultier has said that this has been his biggest fashion show ever.

The garments are breathtaking in their beauty, confection and audacity. One beaded gown, from the Samurai collection, took 480 hours to make. Another, the Merry Widow from the Punk CanCan collection of 2011, is a riot of silk tulle. And, of course, there are the pieces that break tradition: Aphrodite’s Child, with baby in tow, the Tribute to Africa mask bodice masterpiece, and the talking Gaultier, greeting guests in his mariner T and suit of white skirt and blazer.

For museum director and chief curator Nathalie Bondil, the purpose of the exhibition is not just to show nice dresses, obviously. The museum exhibition gives the public access to haute couture: “It’s the duty of the museum to give access to works of art,’’ she said. “In fact, it is much easier to see a Monet, a Van Gogh or Gauguin painting. These dresses, which are marvels, were made for several minutes on a catwalk.” 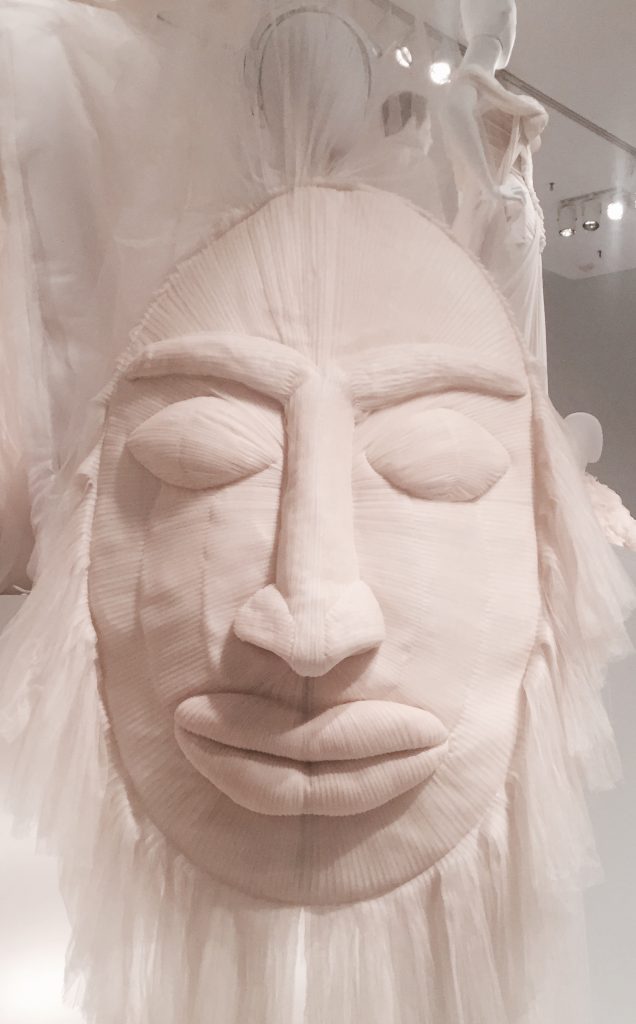 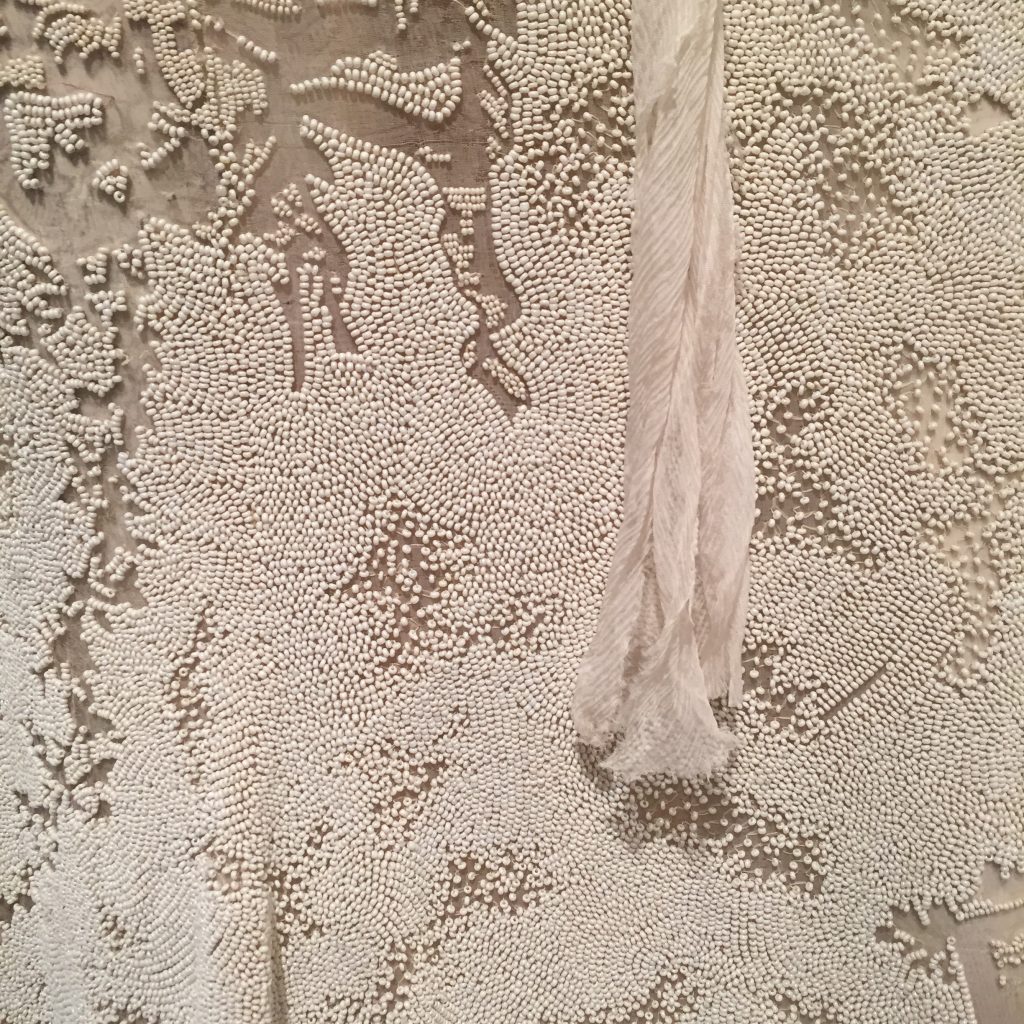 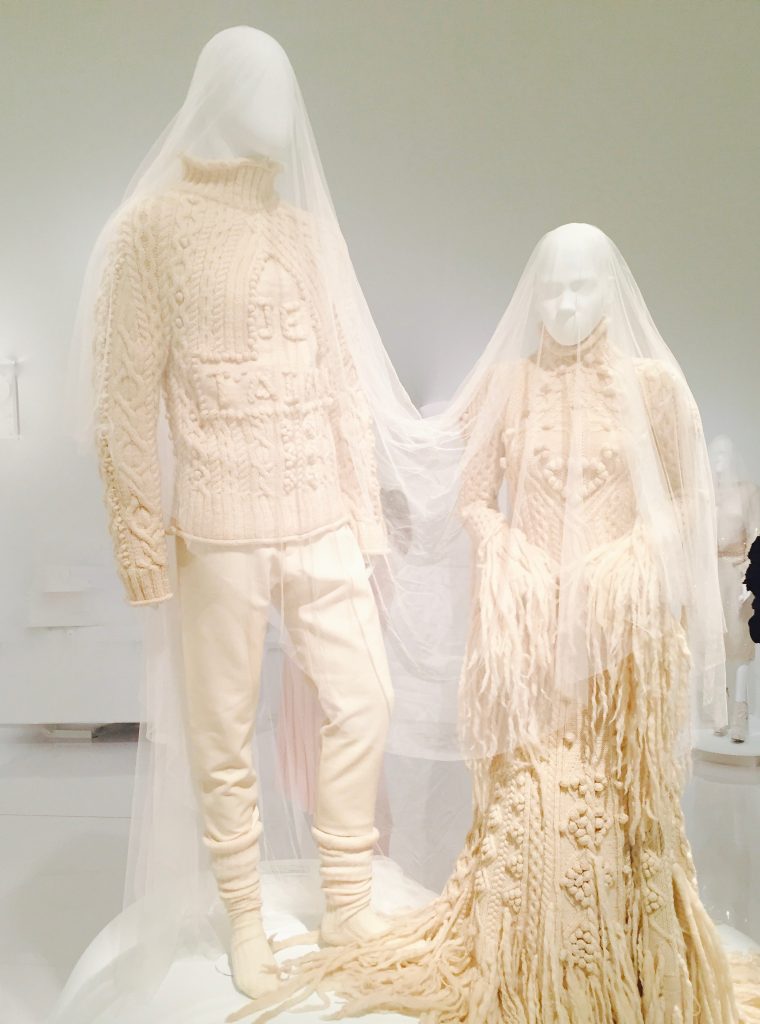 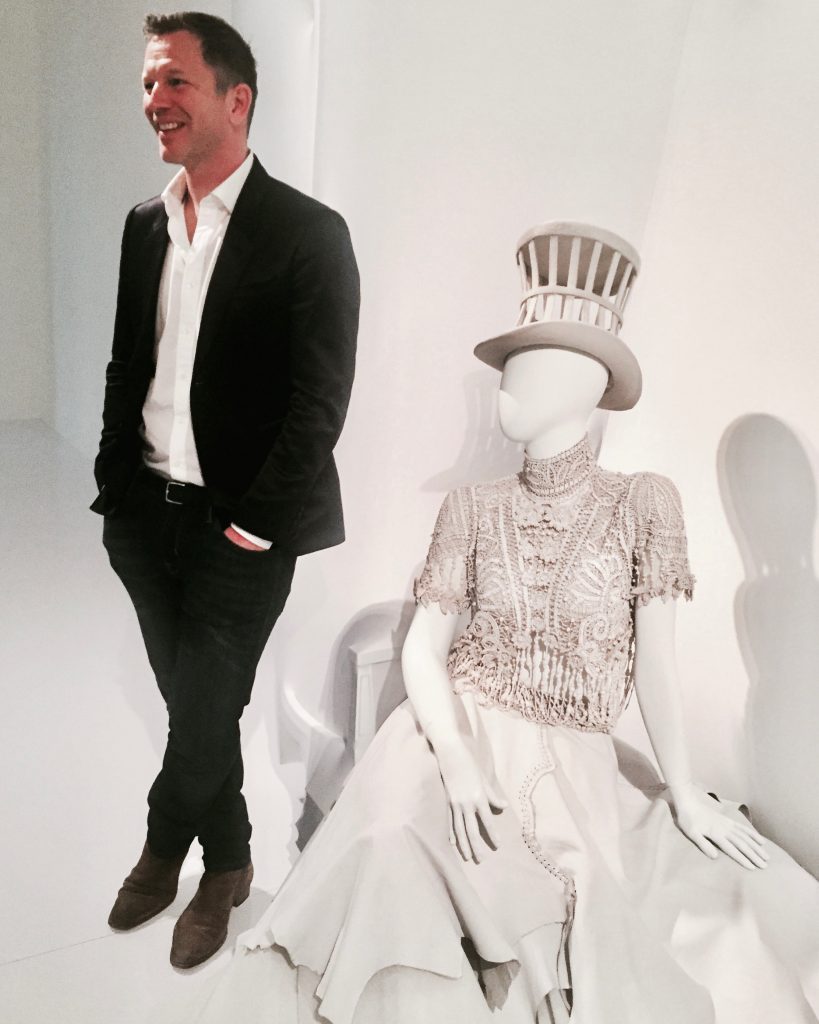 And there is the inclusive, humanist message of Gaultier, echoed through the six years of the mother exhibition, by both Bondil and curator Thierry Maxime Loriot.

Indeed, the name Love is Love is a reference to Barack Obama’s declaration in 2015 on the legalization of gay marriage in the U.S.

In 1990, a 23-metre train was part of the catwalk decor and unrolled at the finale. In 2004, Gaultier presented the Gay Wedding collection, with muse Tanel Bedrossiantz walking the runway with a husband. And in 2015, he addressed the issue of same-sex marriage in France with 61 Ways to Say Yes. One model: the (Bi)Polar Bride.

The installation, in the Contemporary Art Square of the museum, is a “cocoon” of  white elastic fabric, conceived by Dutch designer Jurgen Bey. Bey explains that things have to fit together: “If you look at your body, it’s really illogical. But it’s the skin that makes it into one thing.”

The Fashion World of Jean Paul Gaultier has had an extraordinary run: 12 stops on four continents, 14 tons of material, and more than 2 million visitors over six years.

The Metropolitan Museum of Art in New York opened Alexander McQueen: Savage Beauty a few weeks before the Montreal Gaultier exhibition, in 2011. In parallel, the two fashion shows “marked a turning point in the history of fashion exhibitions,’’ Bondil said.

Loriot, whose start in fashion was as a model, has since curated shows on Viktor & Rolf and photographer Peter Lindbergh. Asked to what he attributes the astonishing success of the Gaultier exhibition, Loriot cited the exciting live presentation of the models as one factor. The mannequins, by Quebec company JoliCoeur International, were animated by Denis Marleau and Stéphanie Jasmin of UBU.  “People enjoy an exhibition that doesn’t look like a funeral exhibition or a window of Holt Renfrew or Barneys.”

He also went behind the scenes, his particular interest, researching photography and videos to accompany the garments.

But the Gaultier road show might not be over quite yet: there have been requests from museums to mount Love is Love. No word yet on whether Gaultier and the museum will agree to a new tour, Bondil and Loriot said.

And yes, there is another fashion exhibition in the works for the MMFA, Bondil and Loriot acknowledged. Details to come.

Love is Love: Wedding Bliss for All à la Jean Paul Gaultier is on until Oct. 9.

A cake is the centrepiece for the Love is Love installation. 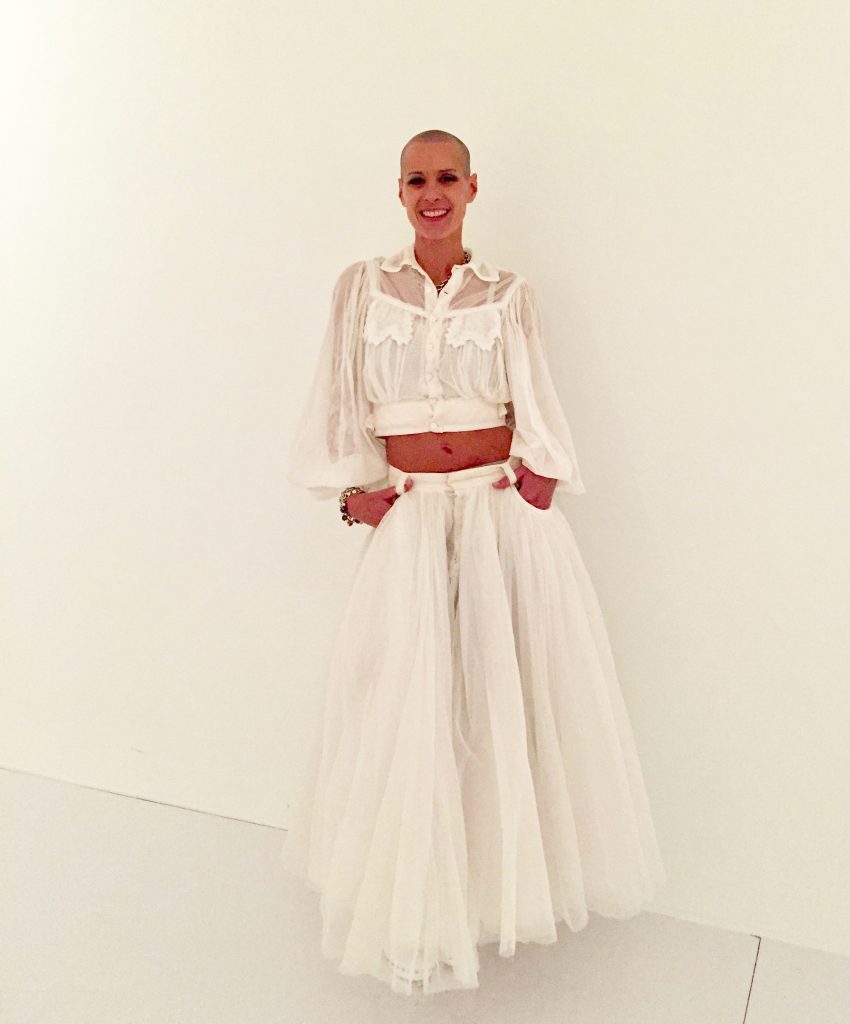 Ève Salvail, model and muse to Gaultier, is the face of one of the talking mannequins. 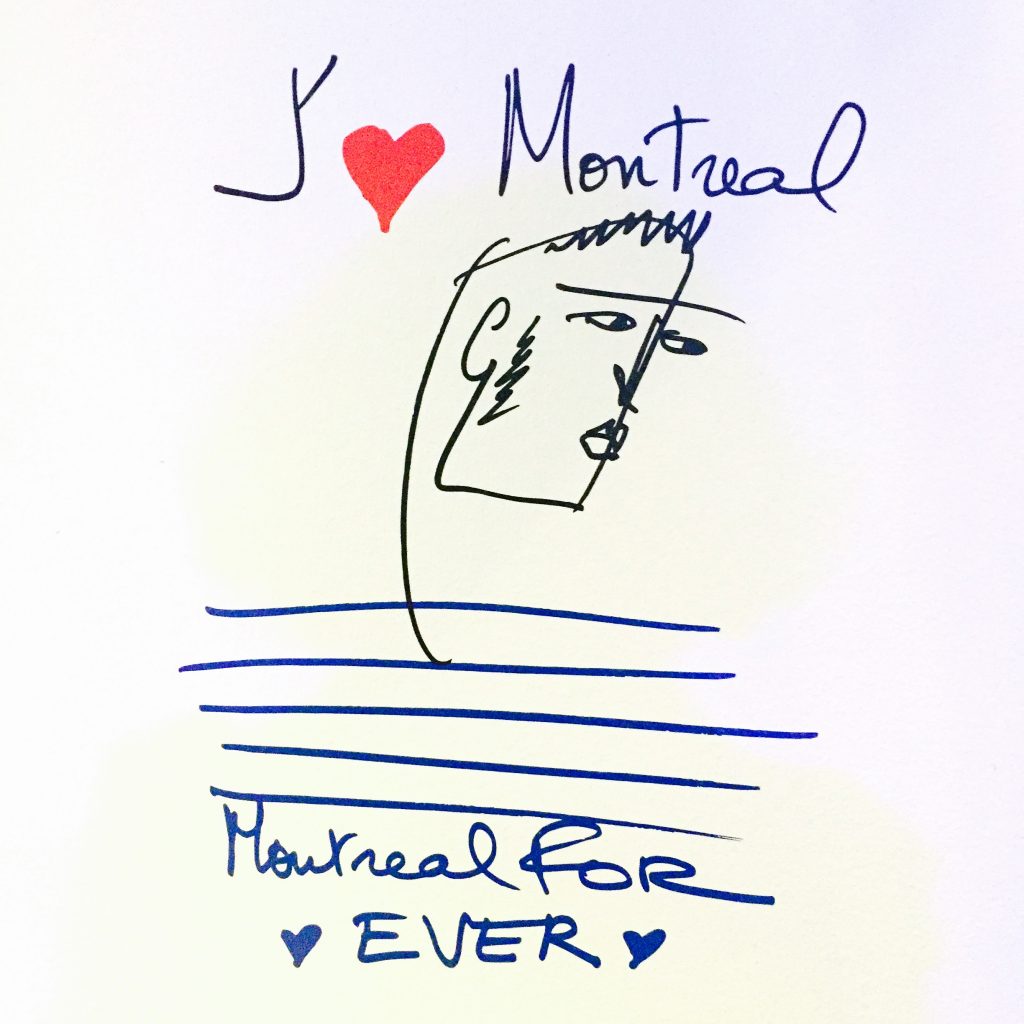 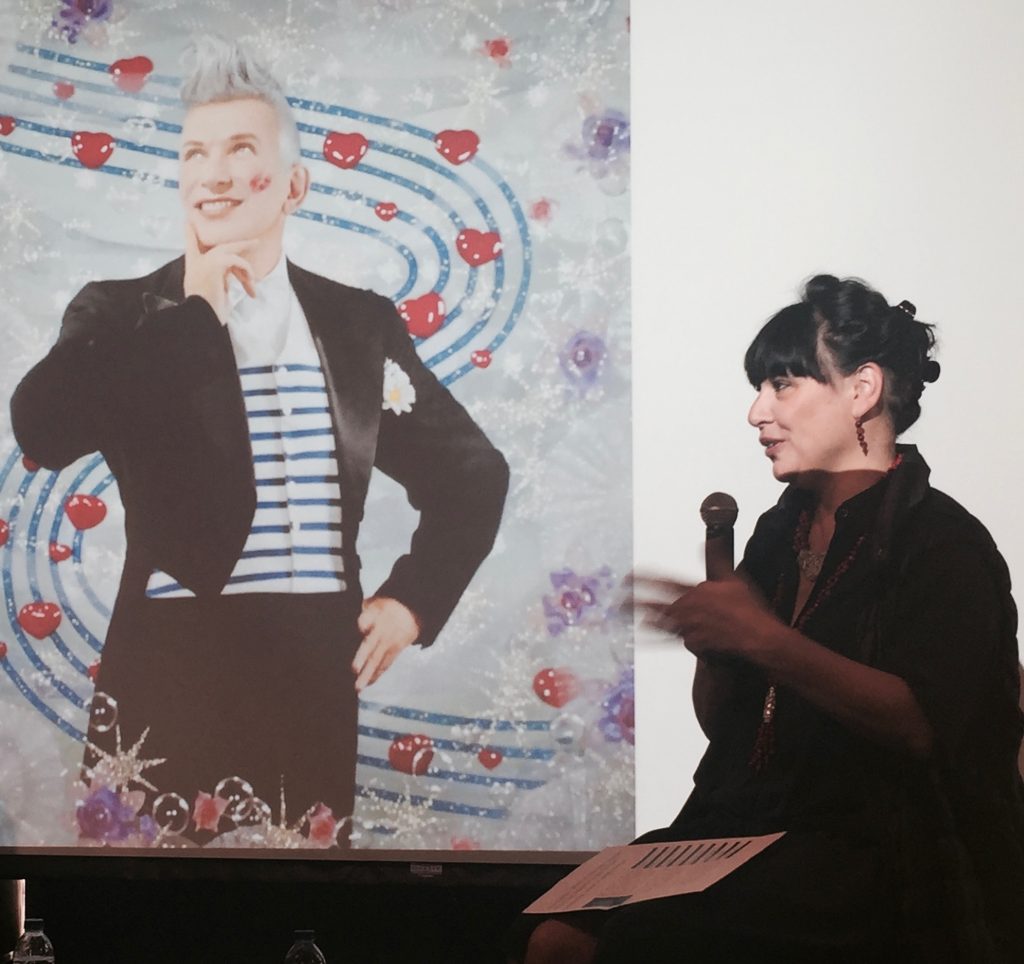 Nathalie Bondil at press conference for Love is Love.