The comfort of his melancholy: memories of Leonard Cohen. MAC tribute opens Nov. 9

The comfort of his melancholy: memories of Leonard Cohen. MAC tribute opens Nov. 9

When I learned of the death of Leonard Cohen last November, I got out my copy of The Favourite Game, lit a candle, made a little tribute still life with a mandarin orange and black tea, and played Suzanne on Spotify.

Leonard was the poet troubadour of my youth, and well beyond. I turned to his songs – Suzanne, Sisters of Mercy, So Long, Marianne – for the comfort of his melancholy.

As I came of age and moved to the Plateau, he remained a spiritual presence – as the voice of bleeding hearts, romantics and seekers – and in real life. He would be seen walking around Parc du Portugal, just off St-Laurent Blvd. and Marie-Anne (not the Marianne of the so long-farewell), and would nod to passers-by who acknowledged him.

News of his death, several days after his passing, on Nov. 7, 2016, resonated around the world, but nowhere so much as in Montreal, where for five decades, he was our man. 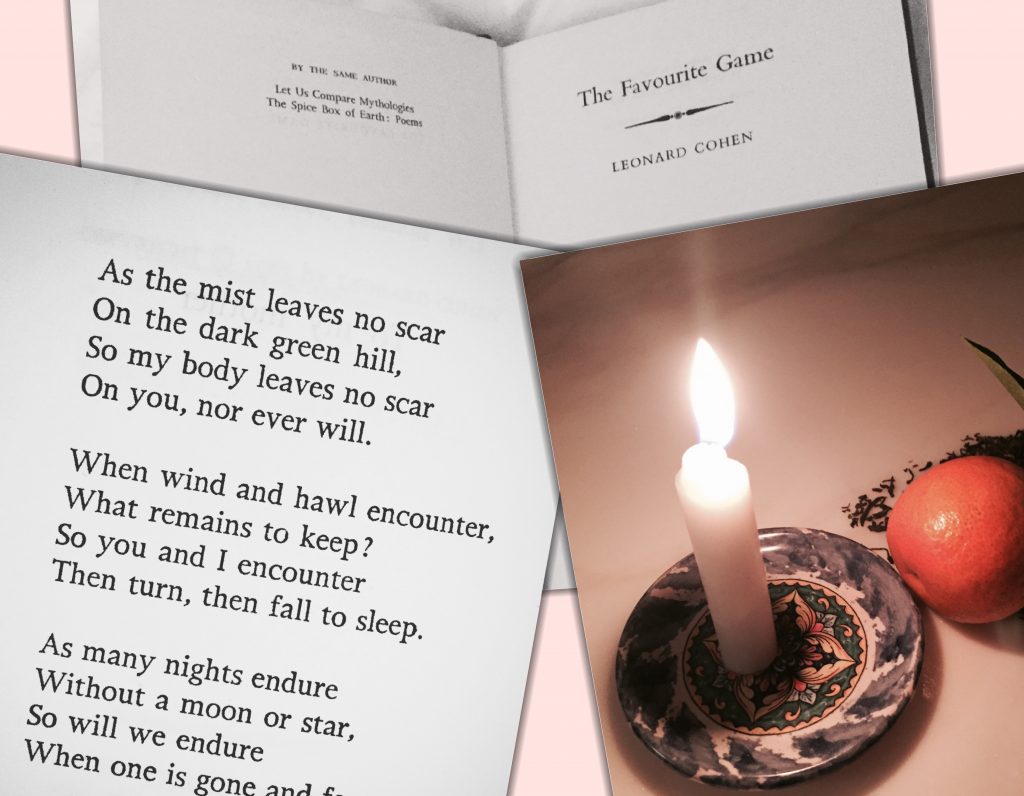 The tributes keep on coming – a huge mural on the Cooper Building on the Main, another on Crescent St., and little signs and wonders throughout the Plateau – but most significantly with the major exhibition exploring Cohen’s life and legacy at the Musée d’art contemporain de Montréal (MAC), opening Nov. 9.

Leonard Cohen – A Crack in Everything was in the works years before his death and with the permission of Cohen, says John Zeppetelli, director and chief curator of the MAC.

It’s an audacious exhibition for the museum, Zeppetelli says, featuring multimedia and immersive installations,including commissioned works from artists and musicians, along with archival material from the National Film Board and Radio-Canada.

*The Depression Box by Israeli film-maker Ari Folman. A lone visitor enters a darkened chamber to be confronted by the demons of depression. Famous Blue Raincoat plays.

*The Offerings, a video installation by Kara Blake with multiple projections as Cohen speaks.

* A dance performance by Clara Furey, titled Cosmic Love: Where Even The ….

Zeppetelli says he and guest curator Victor Shiffman were brainstorming on a project to mark Montreal’s 375th anniversary when Shiffman suggested Leonard Cohen.

“He is profoundly local, yet instantly planetary. Who (from Montreal) has the kind of resonance that Leonard Cohen has?” While thrilled with the project, Zeppetelli recounted, Cohen said he would not participate in the production of the works.

“We didn’t realize then how ill he was,’’ Zeppetelli said. His death did not change the commissions, but they did change the mood.

“The artists were even more committed afterward. It brought a different dimension, a different kind of emotional intensity to the production of the works.’’