Ogilvy’s at 150: In transition and celebrating being part of the canvas of Montreal

Ogilvy’s at 150: In transition and celebrating being part of the canvas of Montreal

It is quite the milestone: Ogilvy, the stately department store, turns 150 years old this year.

To celebrate the anniversary, the Montreal institution is continuing its philanthropic path, now supporting with the Montreal Children’s Hospital with fashion shows, shopping events and more.

More includes having commissioned about 15 designs from the likes of Stuart Weitzman, Christofle, Mackage and Michael Kors, to be auctioned online for the children’s hospital foundation. (I, personally, am partial to Gorski’s fluffy white rabbit – with tartan paw pads.)

Of course, the limited edition items celebrate Ogilvy’s unique character – the tartan and its green, yellow and red colours, and the signature architecture of the building at the corner of de la Montagne and Ste-Catherine Sts., which dates to 1912.

The fashion show, held at Tudor Hall last week, featured a battalion of Montreal actors, actresses, media personalities and athletes, greeted with roaring applause from the audience. And yes, there were the children closing the defilé in heartwarming style. 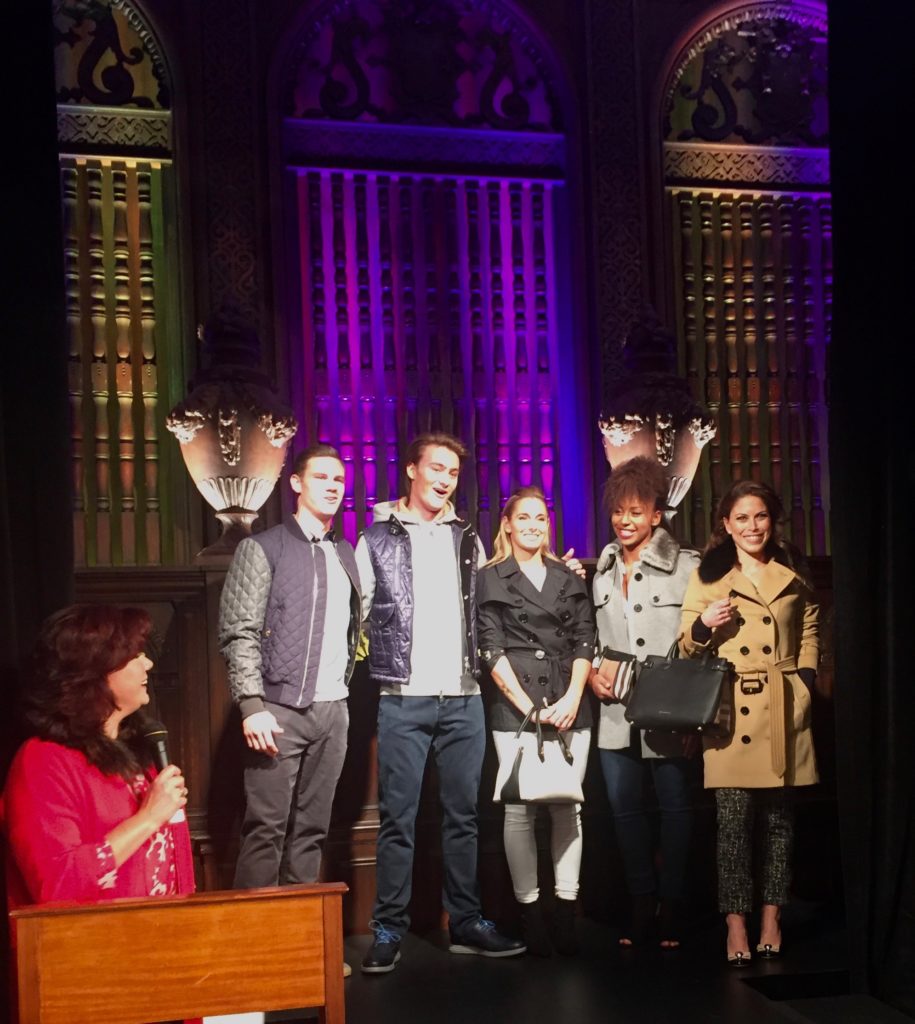 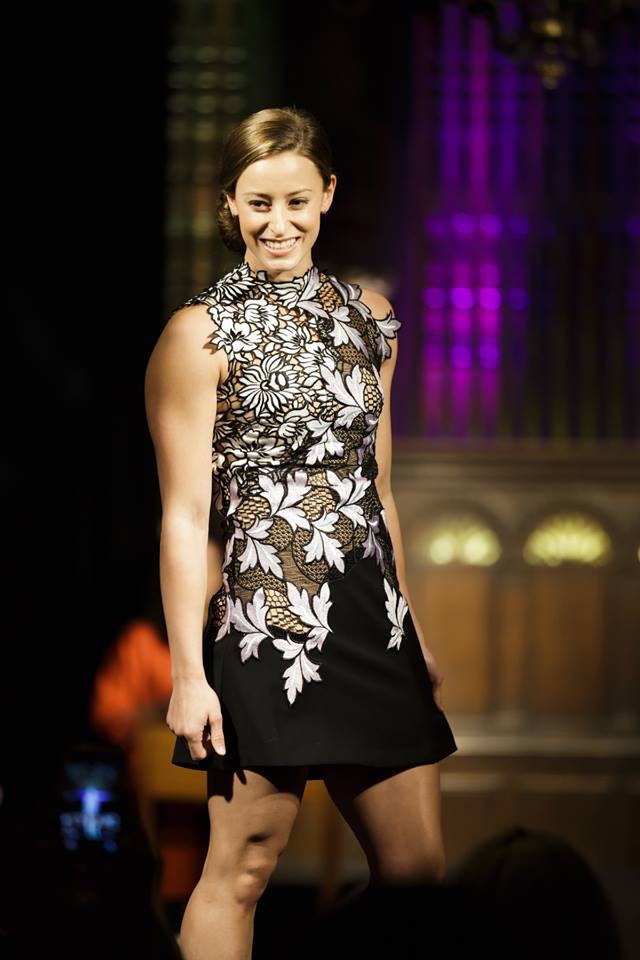 Olympic swim medalist Katerine Savard on the runway for Ogilvy’s as it marks its 150 year and a new partnership with the Montreal Children’s Hospital Foundation. PHOTO La Maison OGILVY 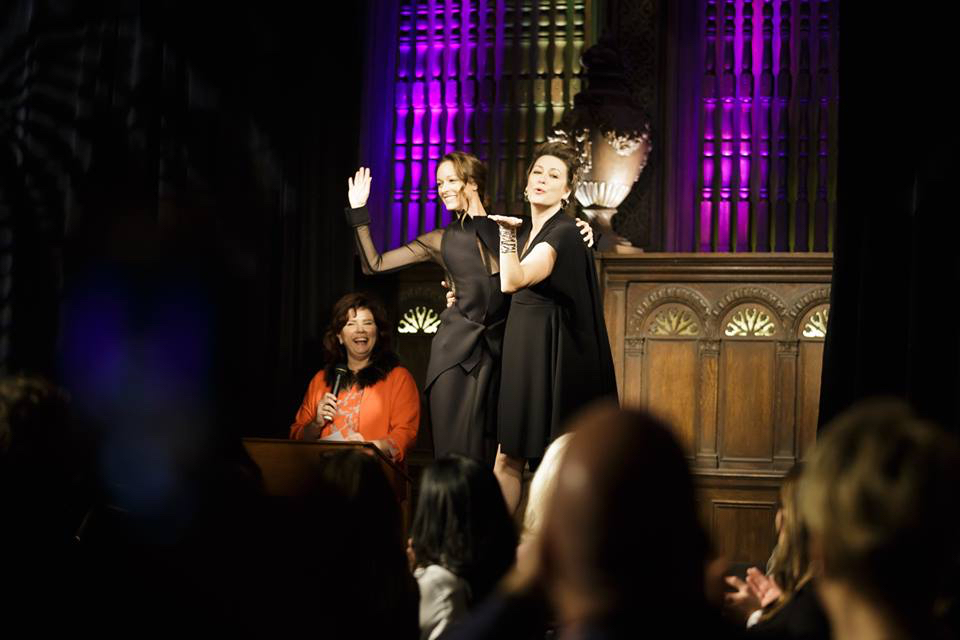 But like any store in this age of retail upheaval, Ogilvy’s is at a crossroads, brought on not only by the online revolution and globalization. In 2011, the owners of Holt Renfrew bought Ogilvy, and two years later announced the merging of the two department stores into one mega department store of 220,000 square feet, at the Ogilvy site.

Now the two Canadian luxury stores are in mid-merger, with a multimillion-dollar development rising adjacent to Ogilvy’s on de la Montagne. Scaffolding is up on the Ogilvy façade, a portend of the physical merger to come, and developers recently revealed that the Four Seasons Hotel and residences are part of the project.

But much remains up in the air.

I met with Steeve Lapierre, divisional vice-president of marketing for Ogilvy-Holt Renfrew, to learn more about the anniversary events – and to ask about the progress of the merger. But before we sat down in the plush conference room on the fifth floor of Ogilvy’s – now almost empty save for the executive suites – Lapierre, a stickler for design and beauty, moved the sofas to their rightful positions.

What is key about this year’s celebrations?

S.L. “We’re using the celebration also as a coming out of our new relationship with the Children’s Hospital. (The previous partner was Ste-Justine Hospital.) You know how much Ogilvy is a part of the community. We believe in good works of charity. Whatever we do we try to raise money, try to raise awareness.”

What about the special design collaborations? Which is your favourite?

“Right away, I went to my friends from Jean-Paul Fortin (the shoe shop-in-shop) and asked for something from Stuart Weitzman. Within five minutes, Stuart Weitzman had answered yes. I looked into their archives and found this – (pointing to a photo of a high-heeled tartan bootie).

“I’m very happy also that Christofle was able to do this (a tray engraved with the Ogilvy architecture and two Scottish whiskey glasses). And Martine Hénault did a very nice interpretation of the plaid in her piece of art.” 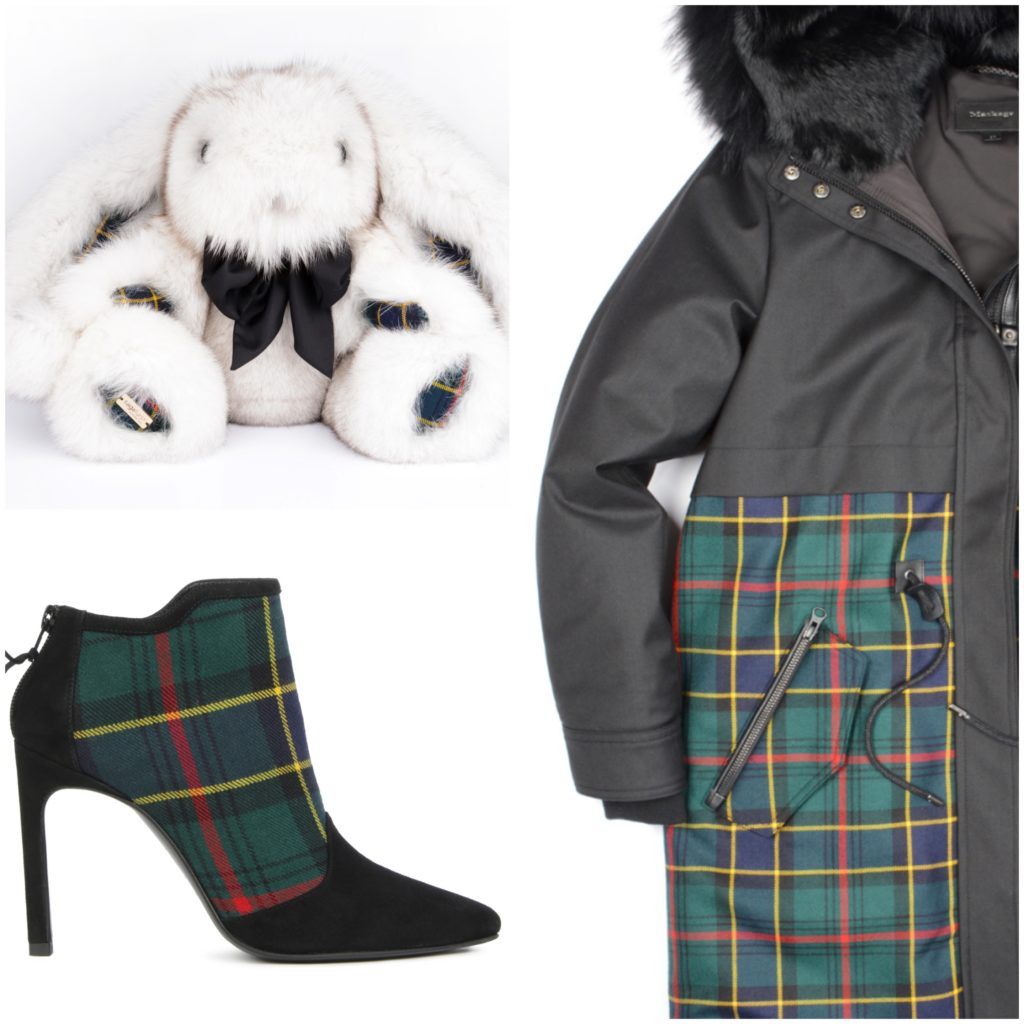 What else are we going to see this year?

“The windows are a big thing. And the brochure is the statement of where we are, where we’re from and where we’re going. It celebrates our past without being nostalgic.”

The fall brochure is a clever and very cute amalgam of models Coco Rocha and Sean O’Pry posed with illustrations of Ogilvy’s signature architecture and tartan.

“It speaks the language of Ogilvy. Coco as model is very important for us. She was the first top top model we worked with.

“Mr. Ogilvy was a pioneer. We were always reinventing ourselves, which is exactly where we’re at this point in our evolution.”

What is the hardest part of the transition to one store?

“Even though we’re celebrating all of this, it’s that feeling of Ogilvy being part of the canvas of Montreal.

“It’s knowing what to keep, what to preserve, what Ogilvy really is for the city.

“The most difficult part is finding it. Ogilvy has always reinvented itself, so it’s not like we’re stuck in the past.”

What is the status of the transition? Is there a formal new name?

S.L. “Everything is on the table. Both are stores that are welcoming, that are a part of your life. We don’t want this to become a complicated name that doesn’t resonate with the experience you have when you shop.  It has to be a name that will make you feel comfortable.” 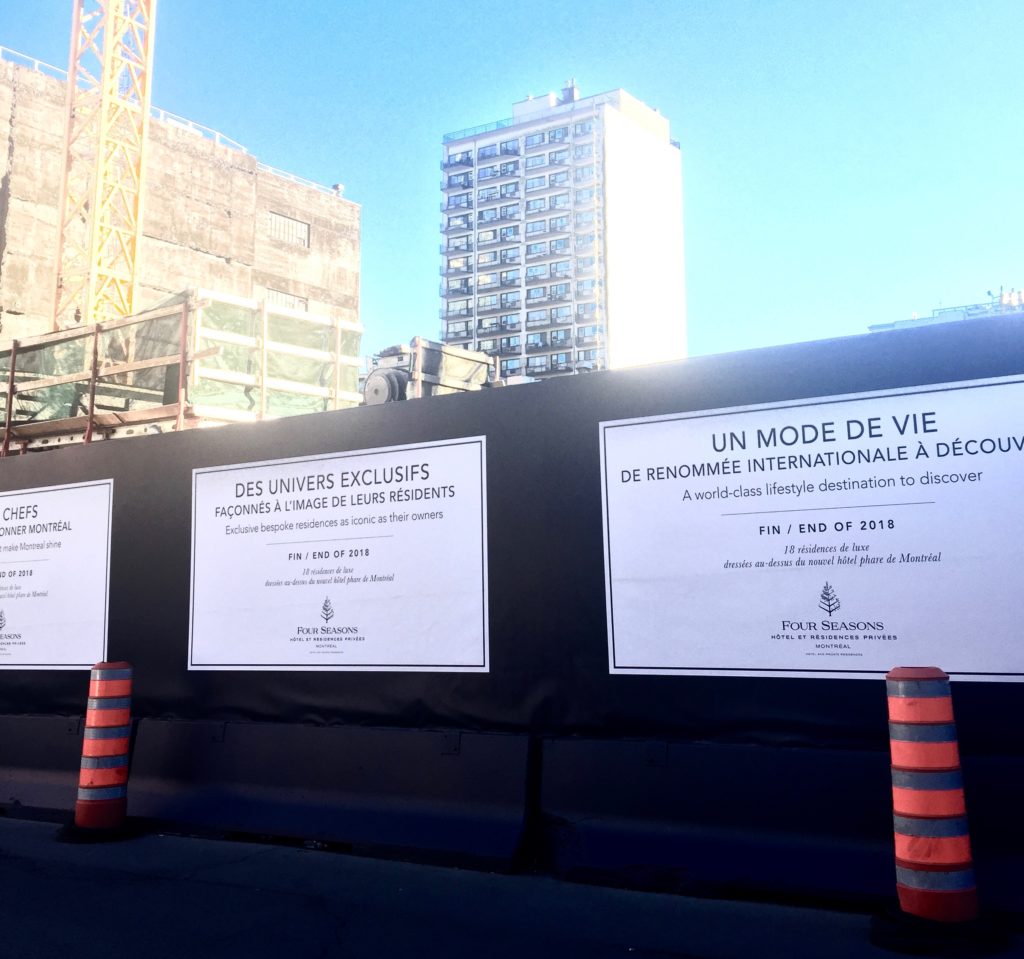 The construction site where a Four Seasons Hotel and shopping complex will rise next to Ogilvy-Holt Renfrew.

Department stores in Canada are going through a huge upheaval, with the arrival of Nordstrom and Saks mainly in the rest of Canada so far. Holt Renfrew and Ogilvy are not fully online yet. What about going forward?

S.L. “Selfridges (also part of the group) is the mother of all stores in how advanced they are online, in e-commerce, so there is in the family the reference.’’