There is a photo of Marie Saint Pierre as a teenager in a new documentary about the celebrated Montreal designer. Her hair is a frizzy mess, her eyes rimmed and smokey with makeup, and she’s holding a cigarette and playing with a straw with a provocative open mouth, clutching what may be a coke, or a rum and coke.

The shot was for late designer Georges Levesque, who spotted Saint Pierre in a club – at the tender age of perhaps 17 – and asked her to model for him.

“I’ve seen a lot of troubled kids in my life, me being one,’’ Saint Pierre says in the film’s voice-over.

“Being in the presence of artists – it changed everything.’’

That is the central revelation of Revealing Marie Saint Pierre, directed by Janice Zolf  and premiering March 12 as part of FIFA, the Festival of Films on Art.

And the central artist, of course, is Jean-Paul Riopelle, the Quebec painter and sculptor who was a family friend and whose studio was on the Charest country property in Sainte-Marguerite-du-lac Masson, in the Laurentians. (Saint Pierre’s father, Champlain Charest, a radiologist, oenophile and restaurateur, won his first Riopelle in an arm wrestle with the artist in 1968. Saint Pierre took her mother’s maiden name.) 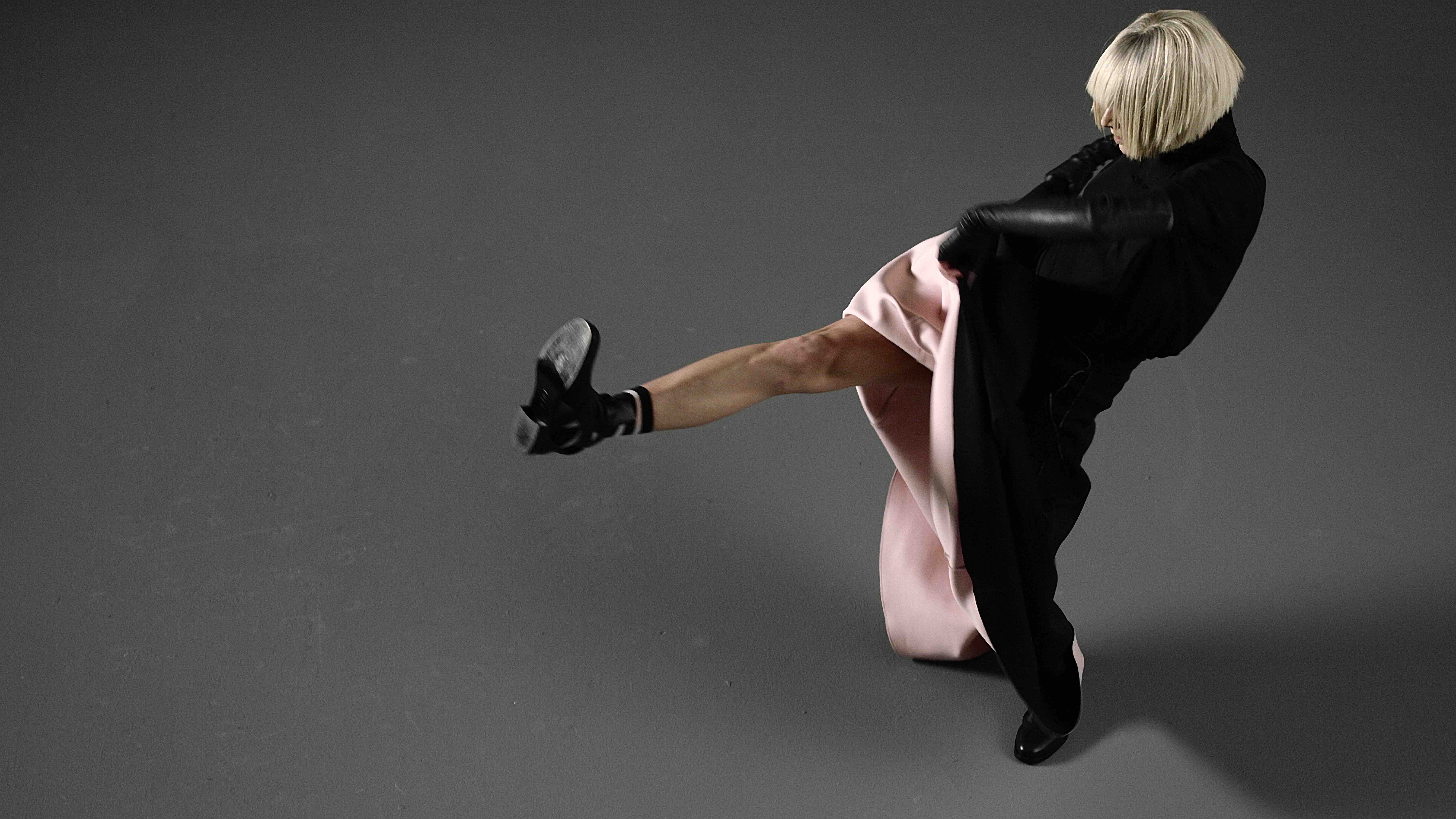 An image from Revealing Marie Saint Pierre, a documentary by Janice Zolf.

Zolf has been following Saint Pierre’s career from her start in 1987, connected with her and always wore her fashions. “I always loved her work and always felt that there was a deeper story,’’ Zolf told me.

“So when I heard she grew up with Jean-Paul Riopelle at the dinner table, my reporter instinct said this is a story that has to be told.’’

Shot in just seven days, the film follows Saint Pierre and her father from the country scenes, where her father acknowledges she was a “difficult child.” It continues on to studio shoots and technical sessions where Saint Pierre speaks of sculpting a dress and where atelier director Chantal Malboeuf explains the technical task of executing the designer’s vision of volumes and movement into three dimensional clothing.  At the Montreal Museum of Fine Arts, Saint Pierre tells us, “Art is like food. It’s food for your mind, it’s food for your spirit. I find when you’re surrounded by art, it’s hard to see life in a negative way.’’

We view Montreal streets scenes with murals by Mu, whose board she sits on. There is even a fleeting scene at the very private Saint Pierre’s home, adorned with art and her signature furniture.

Her mother was a modern woman, she tells us, from whom she got her taste for fashion.

Her first task, Saint Pierre says, was “Trying to feminize this world.’’

Having Riopelle in her life, she says, convinced her she could take risks.

But one risk she did not take, and one that Riopelle advised, was to leave Montreal. But just as Saint Pierre was considering a move to Paris, she found she was pregnant, and decided to stay for her family’s support. Personally, it made sense: business-wise “it was not the best decision.”

Saint Pierre has succeeded here despite the odds. In fact, she is having a moment. Her designs are more accomplished, sophisticated and luxurious than ever, as timeless and of the moment as always. Late last year, she opened a boutique in the Wynwood district of Miami. And last week, she launched an online magazine, I am Marie, in New York, a vehicle for accomplished women to express themselves and their ideas.

In the documentary, she discusses the turmoil in the fashion industry in Quebec since 1987, and the “rocky road for designers here,’’ as the camera zooms in on Zara, H&M and Ste-Catherine St.

Riopelle, who achieved recognition first in France, said people here would not appreciate her success, Saint Pierre recalls. Our big Achilles heel, she says, is that we don’t acknowledge talent here until it is ratified elsewhere. 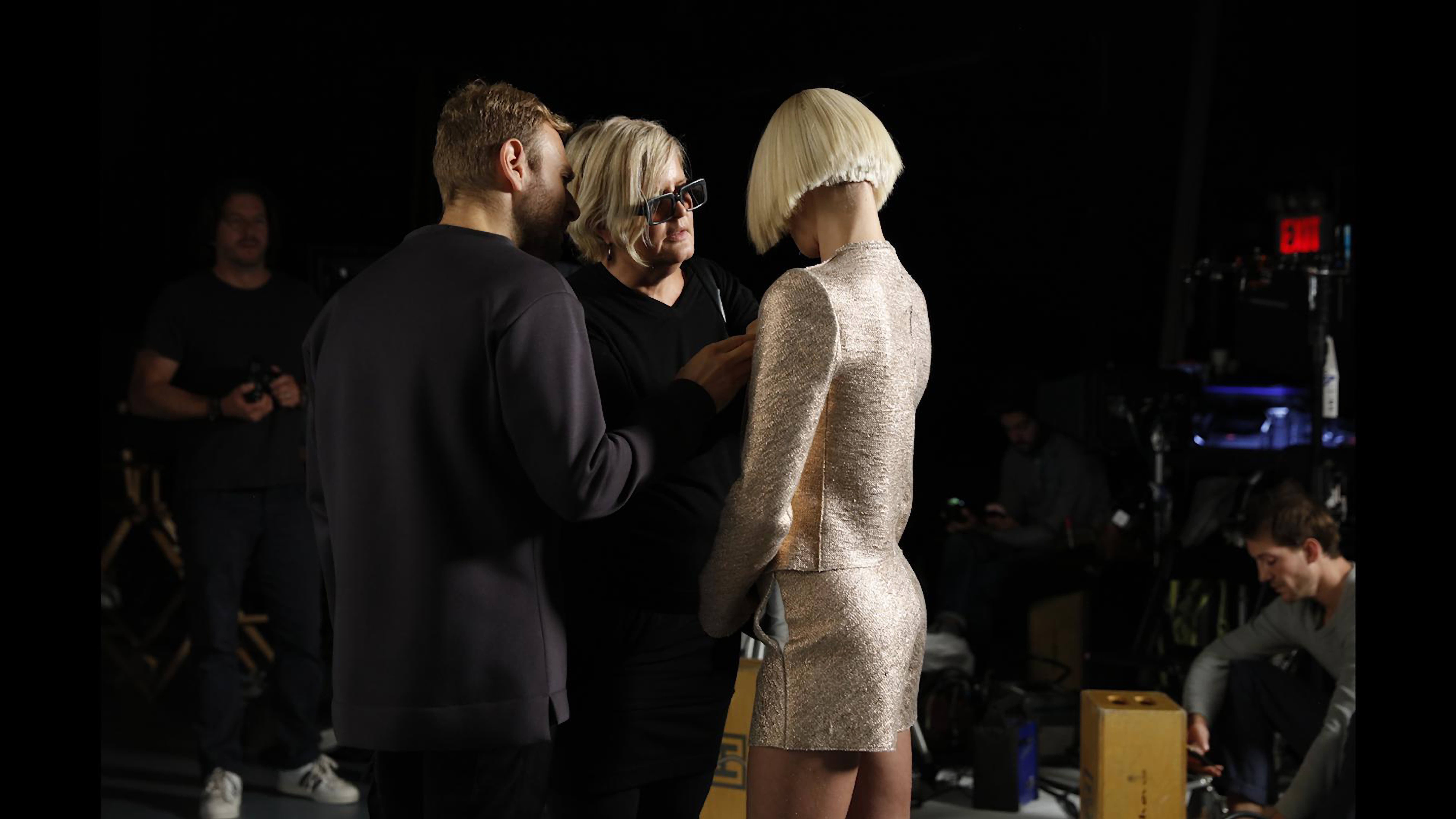 Here is the doc’s trailer: 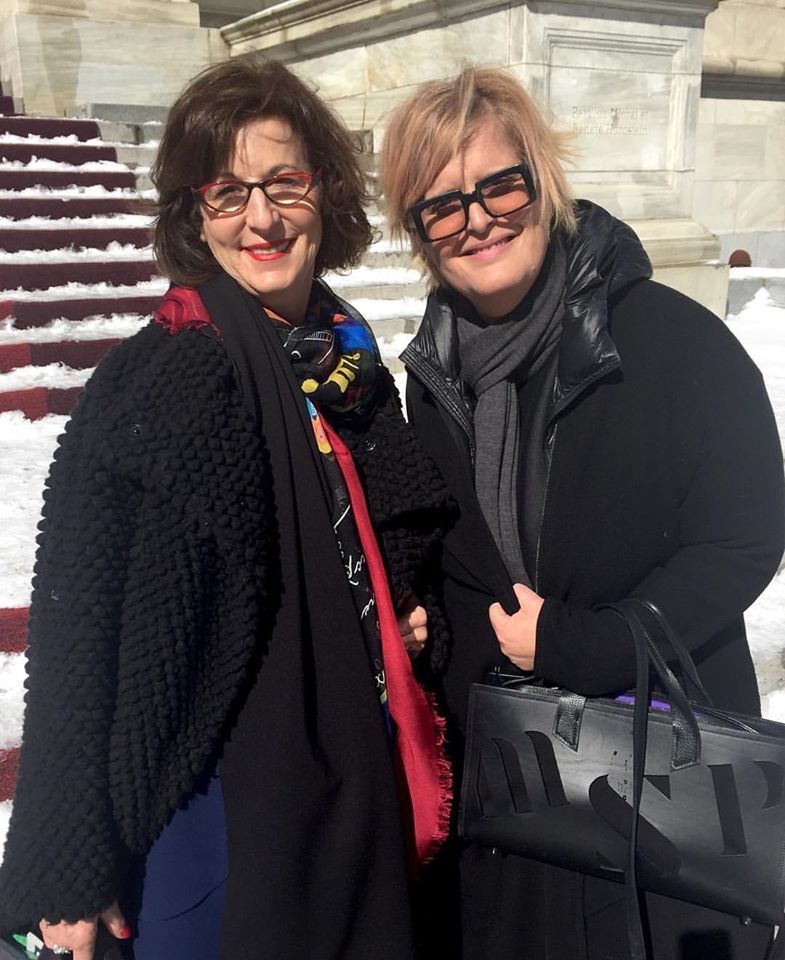 Janice Zolf and Marie Saint Pierre outside the Montreal Museum of Fine Arts.

After the FIFA press conference announcing the film program, I had several questions for Saint Pierre and Zolf.

Saint Pierre: “Oh my god, it’s such a difficult question. Of course, I am pleased. Janice did an amazing job.

“You feel that it’s missing things, of course.

“It’s someone else looking at your work. It’s not missing what she wants to say.”

Saint Pierre said she wished Zolf could have been present for the production of the more creative “atelier” rather than distribution collection, and revealed more about the design process, although she understands the limits of the filmmaker’s budget.

“I think I speak better with my clothes. My tool of communication is cloth and draping,” she said.

And a question for Zolf.

Zolf: “There’s always more that you want to reveal, but it’s revealing on a number of levels, not just what’s beneath the layers of fabric, but revealing the process, something about the designer. What goes into each and every garment is a long, thoughtful, detailed expression of a true creative artist.

“I think there’s a few glimmers there where she forgets the camera is there, and she is honest with us,’’ Zolf said, naming the scenes shot in the country when she looks back to her childhood, as well as in the studio when she talks about sculpting a dress.

Revealing Marie Saint Pierre premieres March 12 at the Montreal Museum of Fine Arts, as part of the Festival of Films on Art, or FIFA, March 10-20. Click here for details. The screening will be followed by a conversation between the filmmaker and the designer.