White linen? Check. Jumpsuits? Check. Snakeskin? Check. Fashion? Absolutely! Roxy Earle, with a personality as big as her curvy figure, is thrilled that she finally has access to the kind of fashion she craves. Especially the chic stretch white linen pieces she’s always wanted to wear on holiday in Greece.

A former Real Housewife of Toronto and marketing exec, Roxy, 34, partnered with Le Château to offer an expanded size range collection  – Roxy Earle X Le Château – with all pieces offered from sizes 0 to 22.

She has access, but bloggers, friends and fans might have been a wee bit disappointed at the launch of the line at the Montreal Eaton Centre boutique Wednesday night. The linen pieces – a blazer, crop tie-front top, wide cropped pants, jumpsuit – were so popular that some sizes had sold out at the cocktail event. They are still available online and in stores.

The collection also includes a menagerie of blush chiffons, snakeskin prints, Swiss dots and bold reds, including a lovely ruffled gown. The  bridal gowns were exceptional.

The move to offer inclusive sizing has been growing for years, with retailers like Joe Fresh and Reitmans jumping on board in Canada, where plus-size fashion is a $2.1-billion industry,  according to NPD Group. In the U.S., the market was worth $21.4 billion U.S. in 2016. And the conversation about how fashion treats this market – the average American woman is a size 16 or 18 – has heated up.

Before the launch, I sat down with Roxy – size 18, hashtag #mysizerox – on the terrace of Bar George to discuss her activism on body positivity. She wore her snakeskin pleated halter gown. Later, for the launch, she changed into a red – don’t you dare fat-shame me – jumpsuit.

Plus size is a technical term to do with sizing and cutting, she says, and people don’t understand that as a segregating term it’s offensive, she explains.

For many years, there were clothes and there was plus size – “not as fashionable, not as fabulous” – with the message, “You’re not really beautiful enough for the brand.” 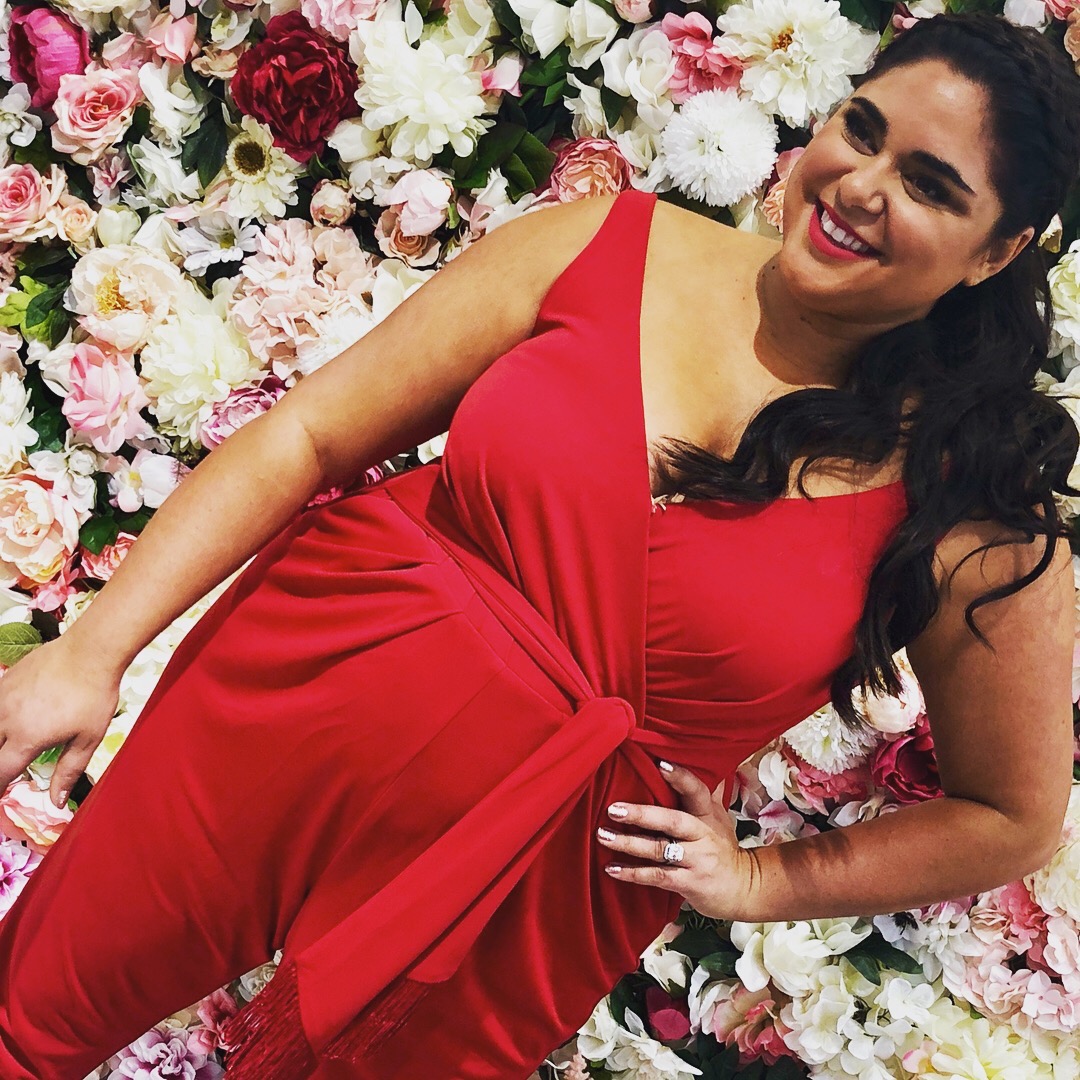 Roxy Earle at the Le Château launch party in Montreal.

“Why do you keep labelling me?’’ she asks.

“I wanted to own the conversation and narrative about my body.”

Racked recently published a series of in-depth articles on the issue, and in a conversation about terminology, the women were okay with plus size, while some wanted to reclaim the word fat. “The word ‘fat’ has to be desensitized,’’ model Hunter McGrady said in one of the articles.

Roxy is not buying into reclaiming the term fat.

“It’s been used in a horrific way, making many, many women around the world feel terrible about themselves, And it’s usually spoken to them in a point of shame, by someone who is being verbally abusive or bullying.

“Why take back the word? Why not reinvent the conversation?”

Her rallying cry of My Size Rox is a way of being respectful, Roxy says.

“It’s not a trend. Women’s bodies are of all shapes and sizes. That’s not going anywhere.” Fashion is catching up, she says, and deciding to include women who have been left out, she says. 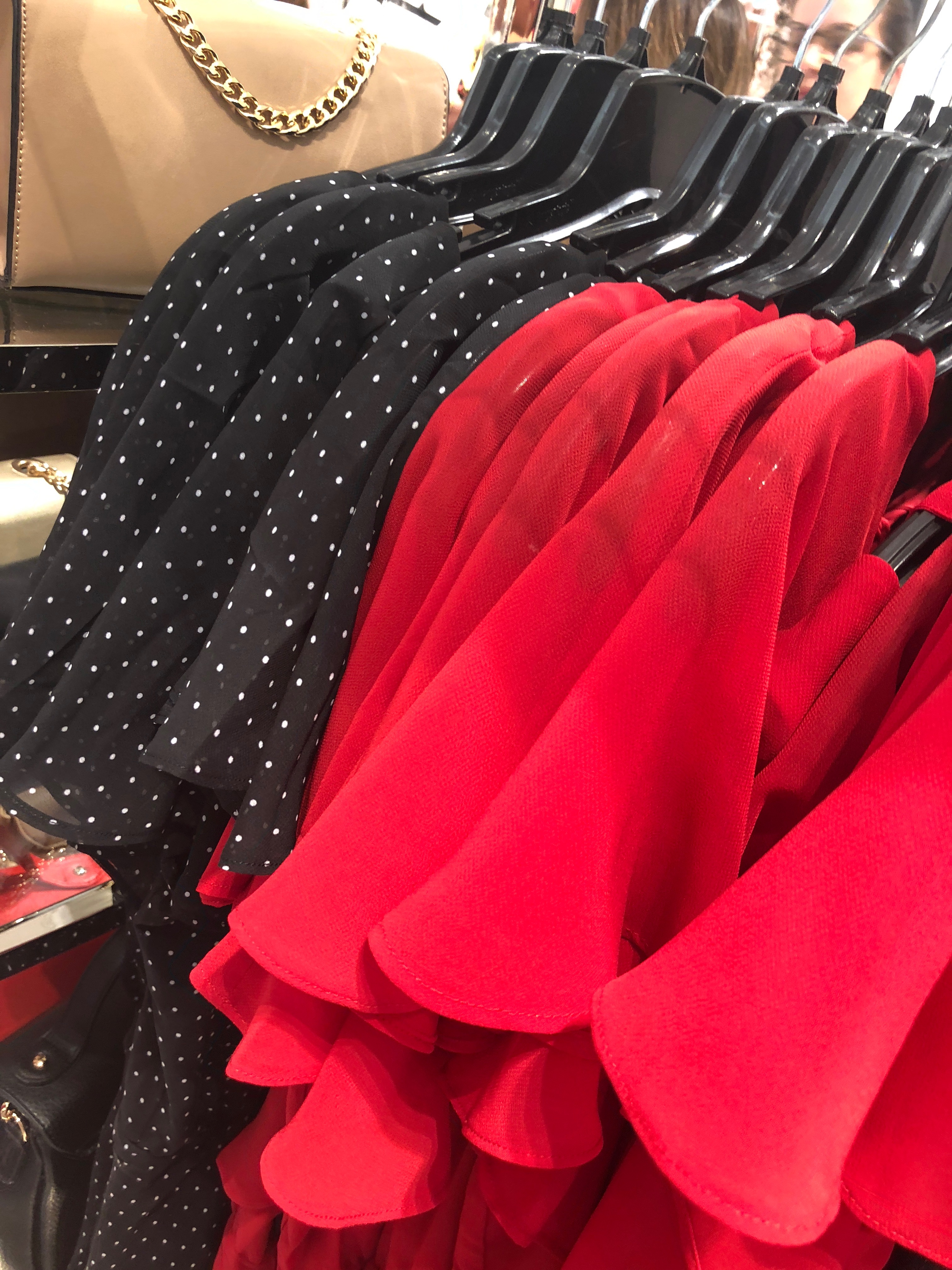 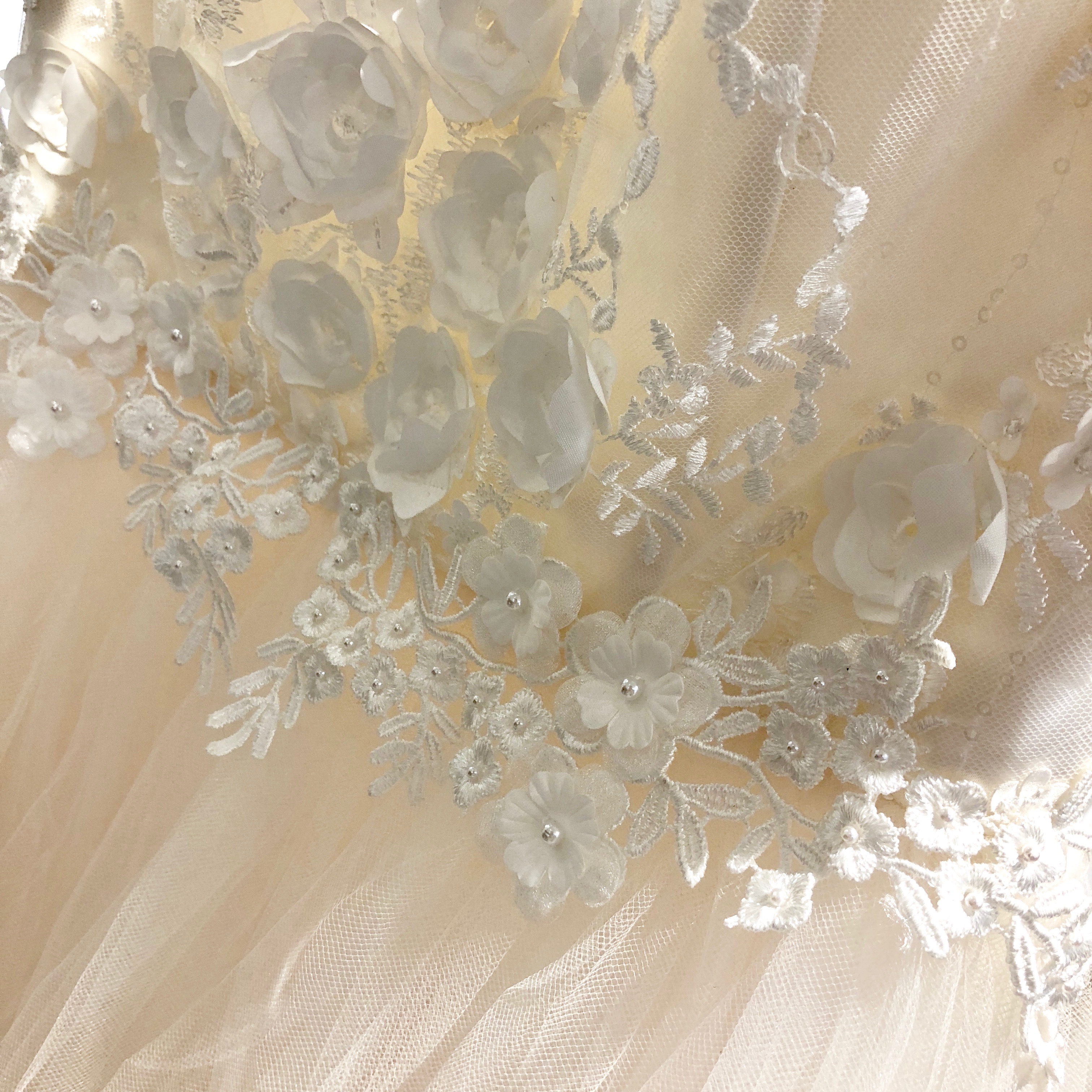 Detail on a bridal gown. 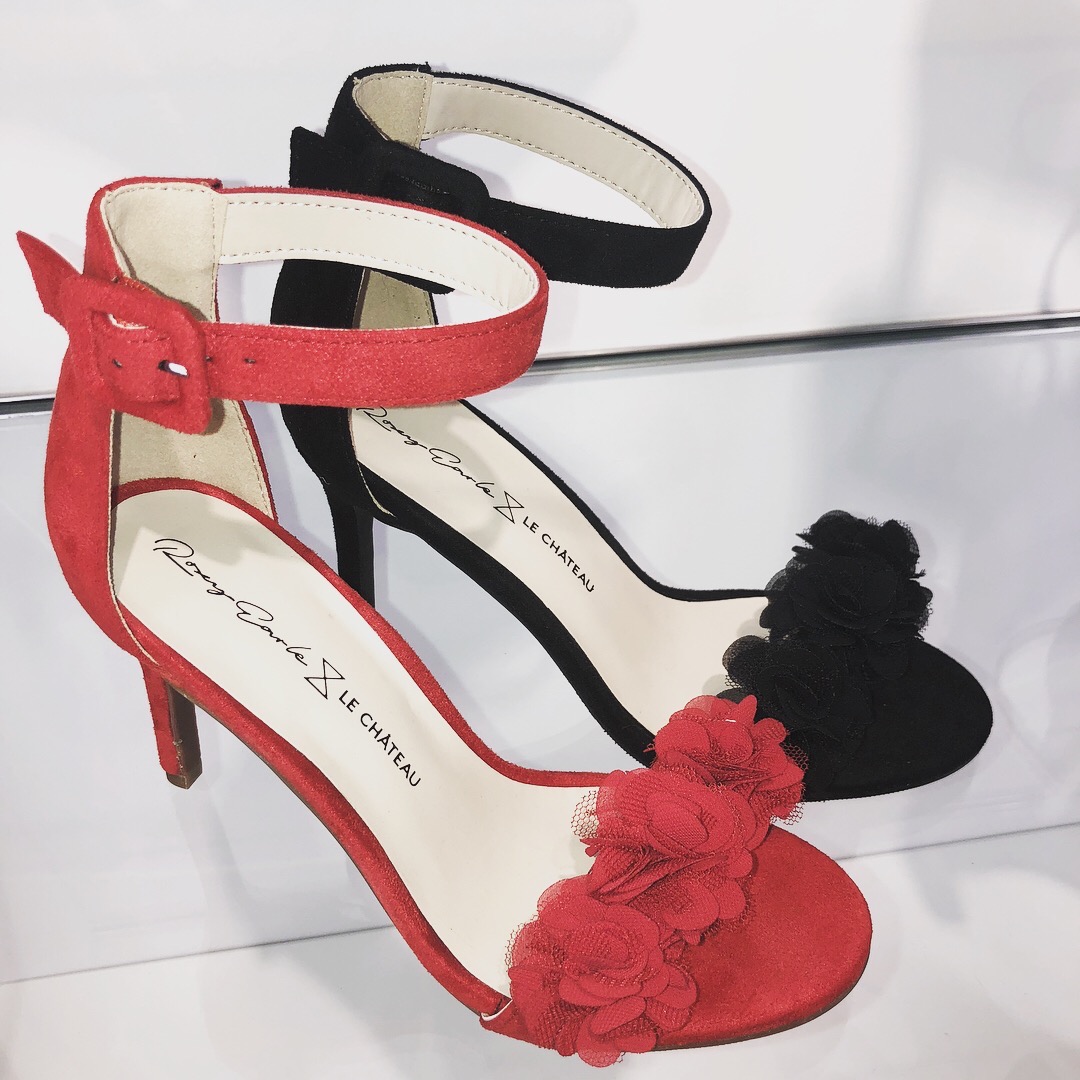 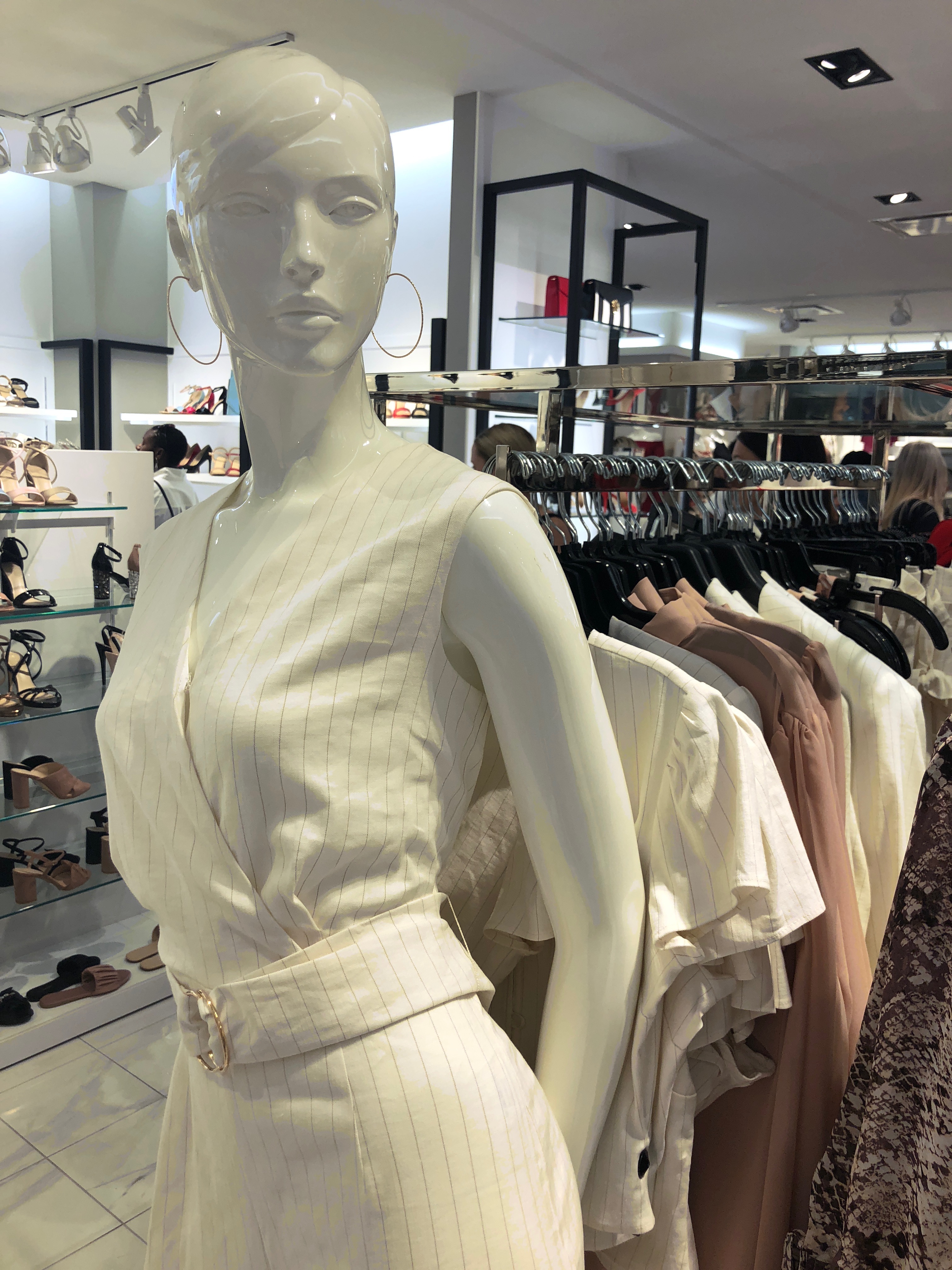 White linen pieces were popular at the launch.

Franco Rocchi, executive VP of Le Château, said the chain had already extended sizes to 18, which had been the limit for most regular stores.

“We think extended sizes matches our demographic,” he said.

The collaboration with Roxy came about after Le Château sent her some garments. She was delighted and impressed with the quality and fit. At the time, she was looking for a partner with whom to launch a collection.

Our initiative is nowhere near the potential for the market, Rocchi acknowledges.

Asked whether the chain would extend all of its clothing to larger sizes, Rocchi said such a move would have to be managed. “We know the customer is there. But the customer has profiled us as historically a store where she can’t shop.

“We need to first get her to know our brand. And depending on how well it does, then of course we would do that.”

The Château project is revolutionary, according to Roxy, in that friends of all sizes “can shop off the same rack, the same style at the same price.”

“For a Canadian brand to take this leap, it’s a big deal. It’s a big moment for Canadian fashion,’’ she says.

“I hope Le Château and I are going to be the catalyst for making this the new normal.”