Sophie Grégoire-Trudeau is putting the spotlight on Canadian fashion designers as the eyes of the U.S. and the world are on her and husband Prime Minister Justin Trudeau in Washington.

Grégoire-Trudeau wore a dove grey suit custom designed for her by the couturier Duy, known for his impeccable craftsmanship.

The vivacious Grégoire-Trudeau has almost always promoted Canadian fashion design, but raised eyebrows (including mine) by wearing Oscar de la Renta – designer to New York society – in a Vogue editorial soon after her husband’s election.

It was Jessica Mulroney, wife of eTalk host Ben and a fashion “strategist”as she calls herself, who worked out a Canadian wardrobe for the visit, Duy said, contacting him in late December with the commission. They had worked together at Holt Renfrew 17 years ago.

She wanted an entire wardrobe, including the evening gown for tonight’s state dinner, he continued, but it didn’t work out because of time constraints, he said.

He wound up making two suits and shirts, and sending some samples. The one here is made of fine wool, with silk velvet details on the collar and cuffs, Duy said. 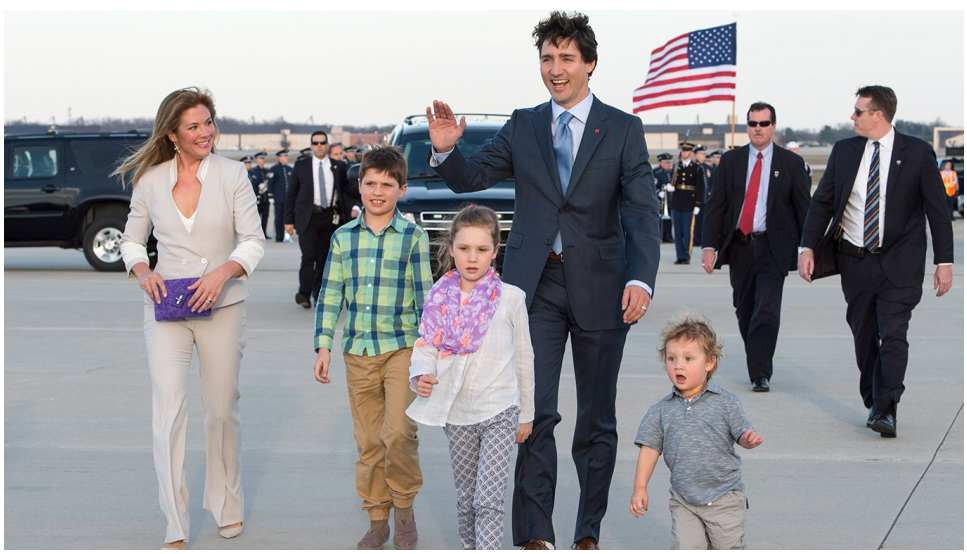 He also made an outfit that she will wear for a coming event in Asia, which will also mark the 10th anniversary of their marriage.

“I’m busier than ever,” he said, adding it’s difficult to handle all the orders because he doesn’t have access to enough quality seamstresses. “I want everything custom, from scratch.”

Meanwhile, all eyes are on Grégoire-Trudeau as dresses up a whirlwind on the three-day visit. For the arrival ceremony this morning, she wore a cheery red and pink dress by Lucian Matis.

Of particular interest: what she will wear to the state dinner Thursday evening. 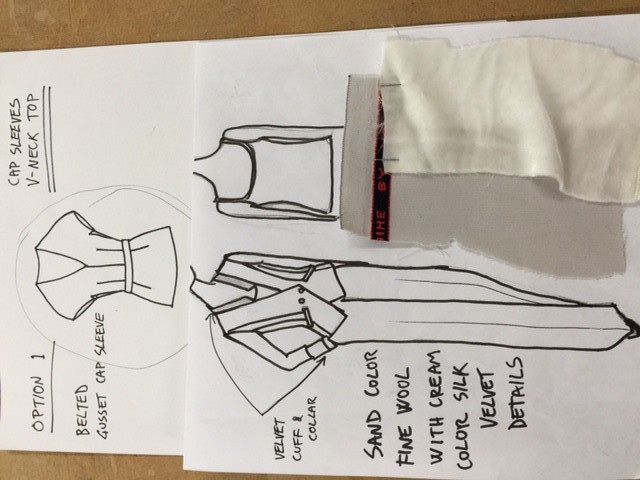