This is the second in a series of essays on the history of Montreal fashion. Mandated by the Festival Mode & Design, with support from the city of Montreal, the essays accompany a video series that is in its final stages and seeking a broadcast partner.
There are six capsules: today, here is a look at the development of Ste-Catherine St. as the heart of Montreal’s shopping district. The other themes are fur, designers, manufacturing, retailers and the future in smart wear.

Storied Ste-Catherine St., the vibrant heart of Montreal, dates back to 1758, two years before the British conquest, with the beginnings of the Faubourg St-Laurent, a suburb separated from the heart of the city by marshes.

For 150 years or so, it was largely a mixed residential street. Then, in 1891, Henry Morgan & Co. made the brash move uptown, building the fine architectural gem known as Colonial House, facing Phillip’s Square.

Morgan’s move ushered in a golden age of department stores on the street, followed by retailers large and small, theatres and burlesque halls, strip clubs, restaurants and sports venues, and now the Quartier des Spectacles. 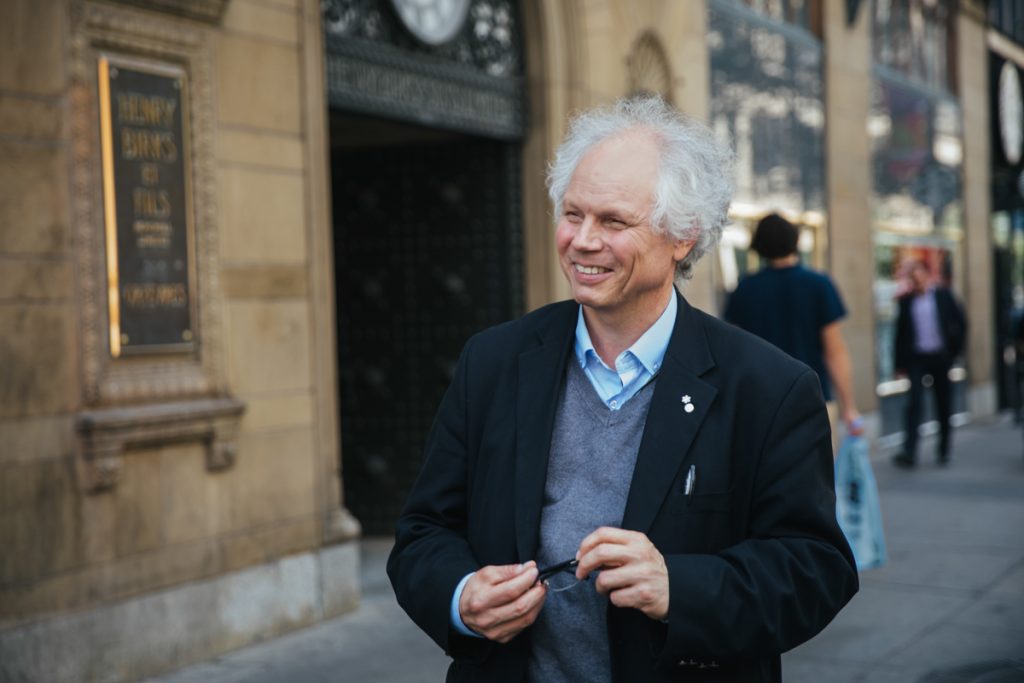 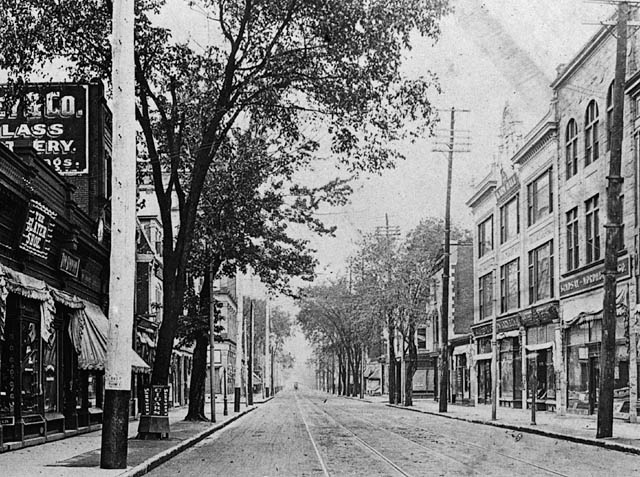 Along the way, it became the vibrant heart of the city – chaotic, for sure, as Dinu Bumbaru of Heritage Montreal describes it – the venue for parades and protests, shopping and dining, strolling and entertainment. On a sunny Saturday afternoon, it’s elbow to elbow for shoppers. When a Stanley Cup game ends in disappointment – or jubilation, the vandals come out. When armistice was declared on May 7, 1945, ending five years of World War II, throngs celebrated on the street.

“It’s a shopping street, it’s not a shopping centre. The street may be chaotic, but there’s life to it until 3 o’clock in the morning,’’ says Bumbaru.

“Even the old postcards are covered with scenes of the nightscape.”

It was also the gateway to Montreal because of its proximity to Windsor, Bonaventure and Central Stations, he points out.

The retail barons of the 20th century have created a legacy, Bumbaru says, and stores were built with spectacular features. Look up, he advises, to view the cornices and decorations on the upper floors. “It shows that even the most greedy retail architecture had a sense of participating in the theatre of the street.”

The entry of global giants like H&M or Victoria’s Secret has not changed the scale of Ste-Catherine, but many local retailers have decamped to the underground malls.

The city should have a strategy, Bumbaru says, to save space for artists’ studios, for instance, as happened with the Belgo Building, or to set up retail incubators. West of the downtown core, rents are cheaper, he points out, and new retailers tend to set up shop there.

But back to Morgan’s, purchased by the Hudson’s Bay Company in 1960, although its name was not changed to The Bay until 1972. Its move uptown was met by derision and doubt, but many shops followed from the Old Montreal business district – and prospered. 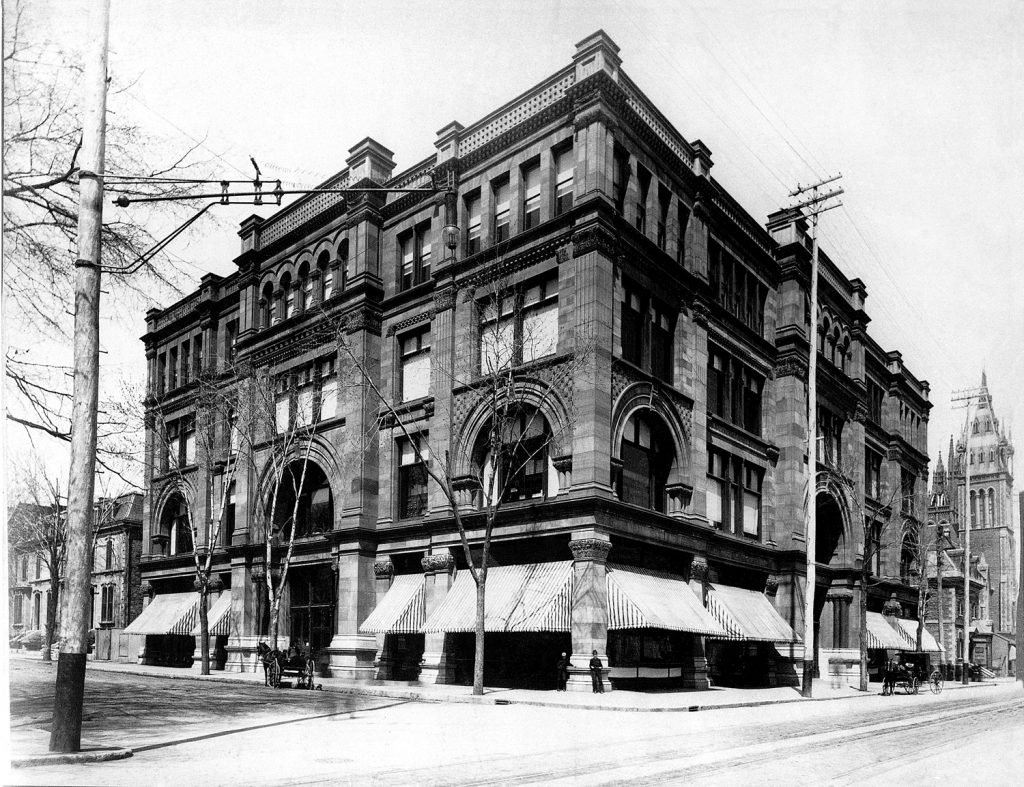 Among the names that might not be recalled by most of us today: S. Carsley, W. H. Scroggie, John Murphy,  Hamilton, and Goodwin’s. For more recent recollections, the T. Eaton Co. bought Goodwin’s (formerly Carsley) in 1925; in 1929, Murphy’s became Simpson’s. In Montreal, Simpson’s – then owned by The Bay – closed in 1989; 10 years later the once mighty Eaton’s department chain went bankrupt. Also in 1999, Simons, the venerable Quebec City-based institution, moved to Ste-Catherine St. in part of the former Simpson’s building.

And then there is Ogilvy, known as the Grande Dame of Ste. Catherine St., which opened in 1866 as a linen shop on Mountain St. just north of St. James, moved to Ste-Catherine St. in 1896 and across the street to its current pride of place in 1912. 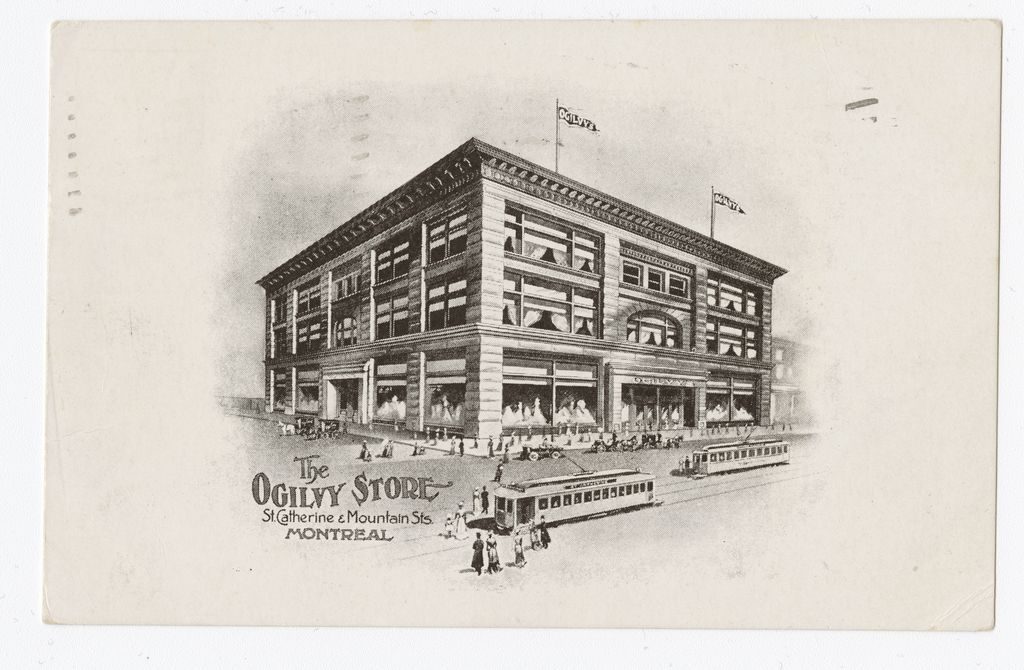 Now owned by Holt Renfrew, it is in the process of renovation, expansion and merger with Holt Renfrew.

Further east, Dupuis Frères opened up shop in 1868 near St. Hubert. It went out of business in 1978. Bumbaru explains that topography – the natural slope that is Bleury St., the marshes that separated the old city from the new – and the dead zone that once characterized the area between Bleury and St-Laurent Blvd., split off the eastern area from what became the downtown shopping zone.

Change is inevitable, of course, and so it goes for the street itself, which is undergoing a major renovation, with plans for heated and widened sidewalks, more trees, and more places for pedestrians to sit.

Much is at stake.

Heritage Montreal has been asked to sit on planning committees working on the renewal of the street.

“They’re very conscious of the very fragile ecosystem that they’re working with,’’ Bumbaru says of the city. “They don’t want this to turn into a page of the history book that says, ‘There was once upon a time a lively street called Ste-Catherine.’”