Prepare to be awed by the latest addition to Montreal’s Golden Square Mile retail renaissance on de la Montagne. And ladies, prepare to be jealous.

Suitsupply, the Dutch menswear company, has landed on the block of stately Victorian mansions between de Maisonneuve Blvd. and Sherbrooke St. W.

The store is breathtakingly modern and spectacular, 4,000 square feet of retail innovation on three storeys. There’s an “open-kitchen” tailor department, a wall of ties posing as an op-art installation and massive LED brand images (I love the watermelon guy). 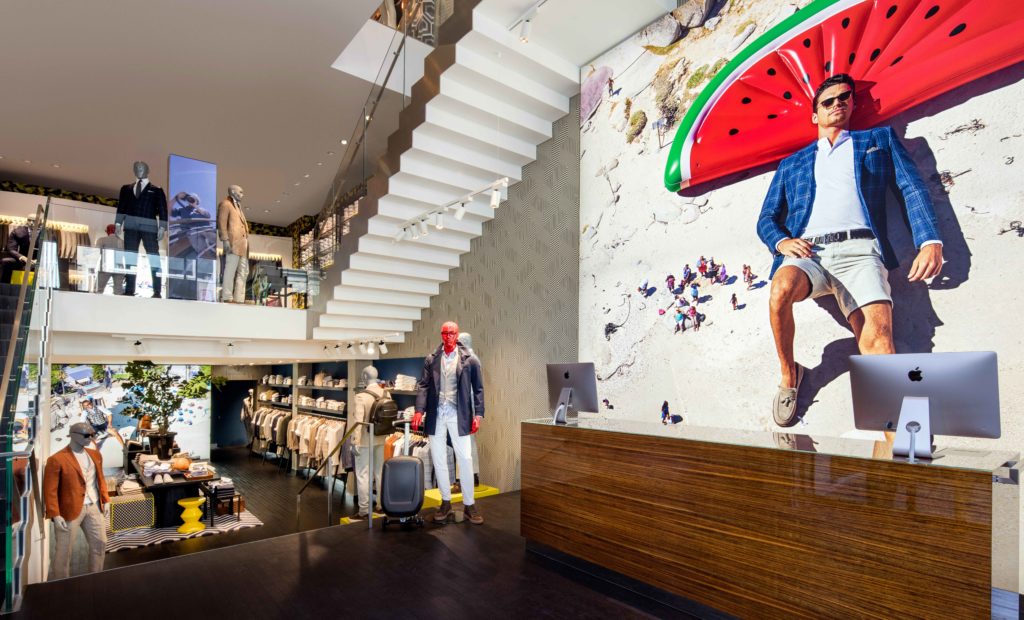 Why would women be jealous? Start with on-site tailoring and prices from $429 to$1,029 for a suit: the Wall Street Journal famously compared a $625 Suitsupply suit to a $3,000-plus Armani and found “little difference.” And then there’s the simplicity of a working man’s wardrobe – it’s basically a uniform built around a jacket.

VP Nish de Gruiter, the creative fashion force of the company, says the concept is built around the suit.  (Hence, the name, obviously.) “Yes, it’s for men to dress up. But we provide something for seven days a week. We design everything around a jacket,” he said. 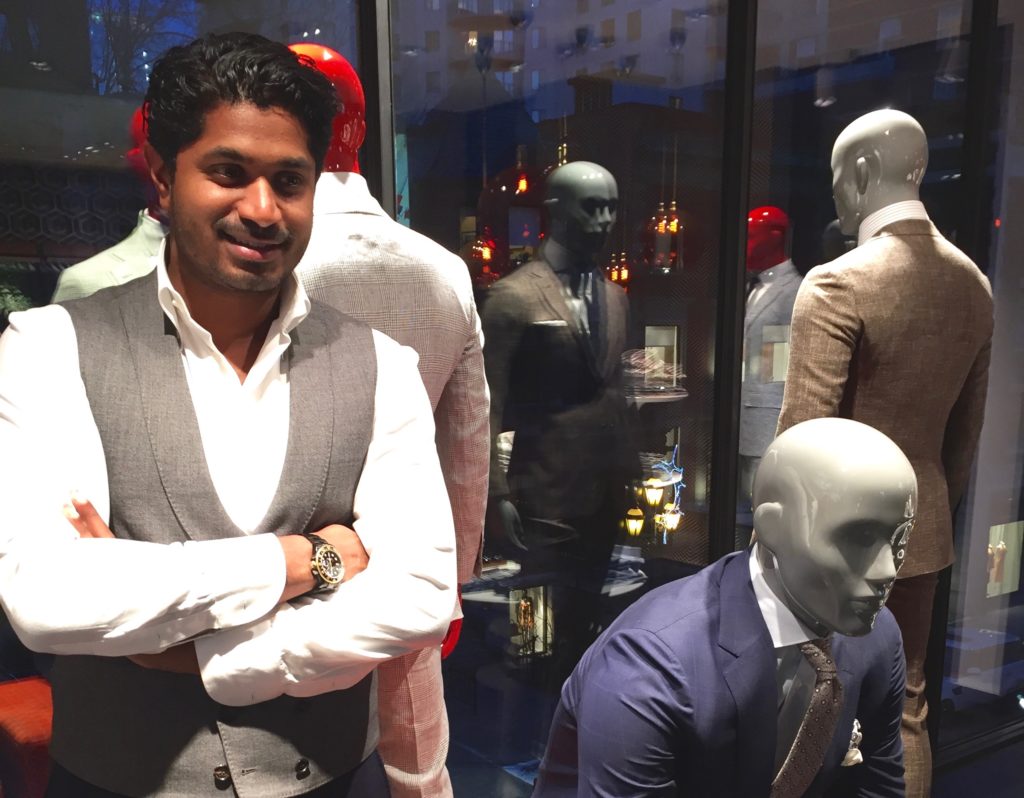 Nish de Gruiter at the launch party of Suitsupply in Montreal. 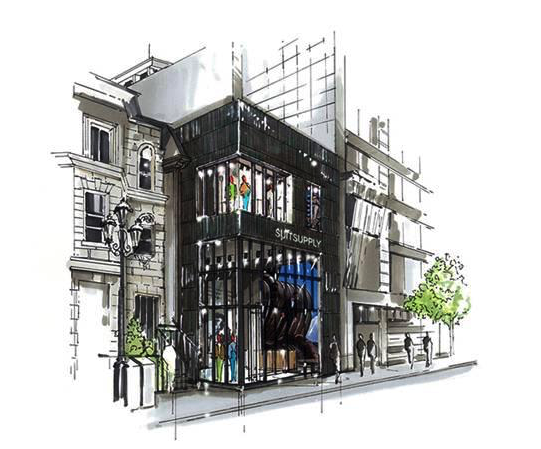 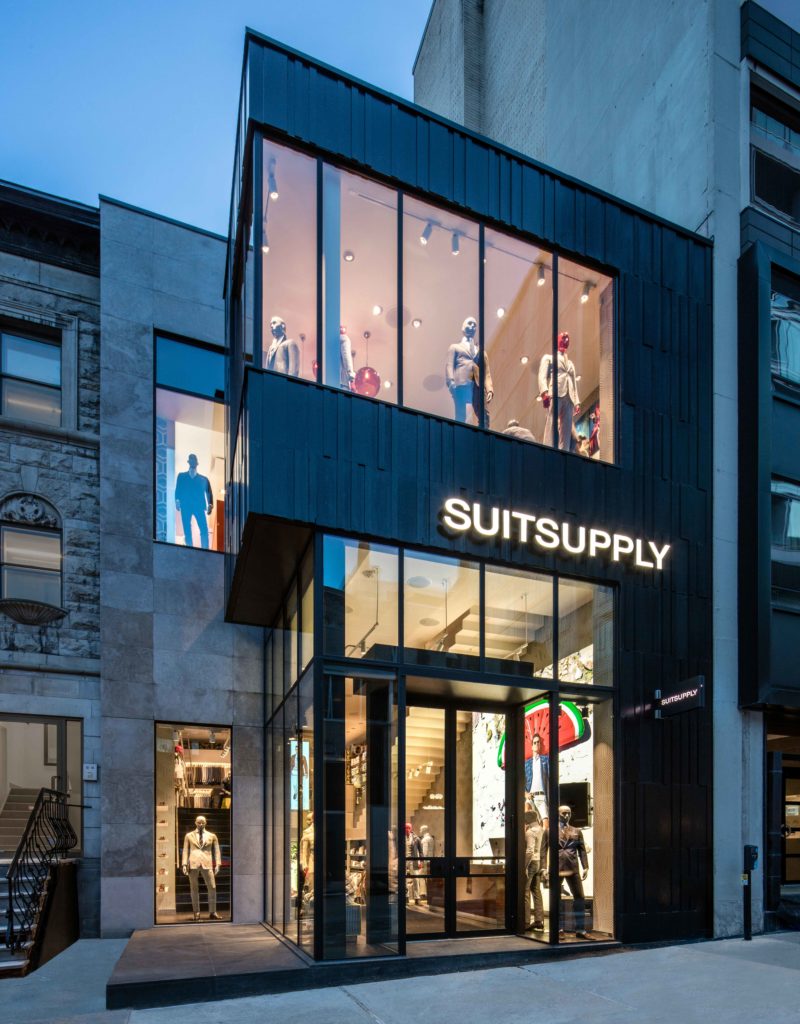 Suitsupply, founded in 2000, is certainly doing something right. It now has more than 60 stores worldwide and  a thriving web business for its menswear. The Montreal store is the second Canadian location, after Toronto.

Why here, why now? Well, it’s anchored by the Ritz, Tiffany and Holt Renfrew on Sherbrooke, and a new Four Seasons and mega  Ogilvy-Holt Renfrew project is in the works on the block to the south.

A mini retail renaissance is happening on de la Montagne, with new stores moving in even as others close.

This is the future of luxury shopping in Montreal, said Roberto Reino, director of Christofle, the French brand with elevated housewares and jewellery, which relocated to the block from Ogilvy’s this winter. 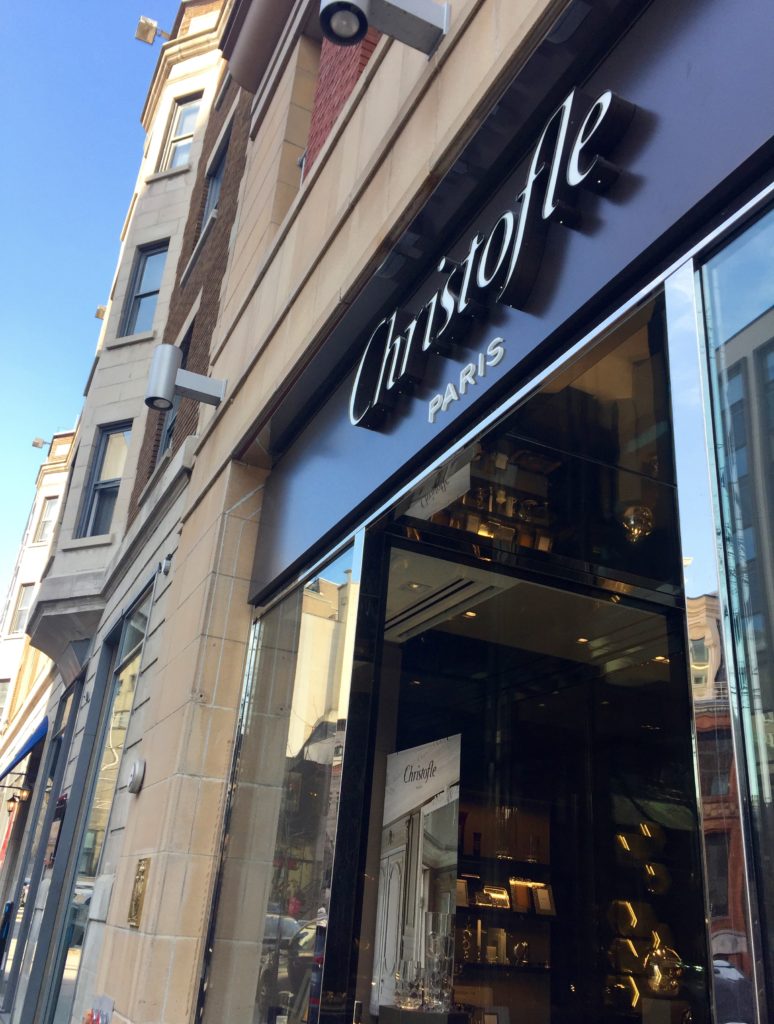 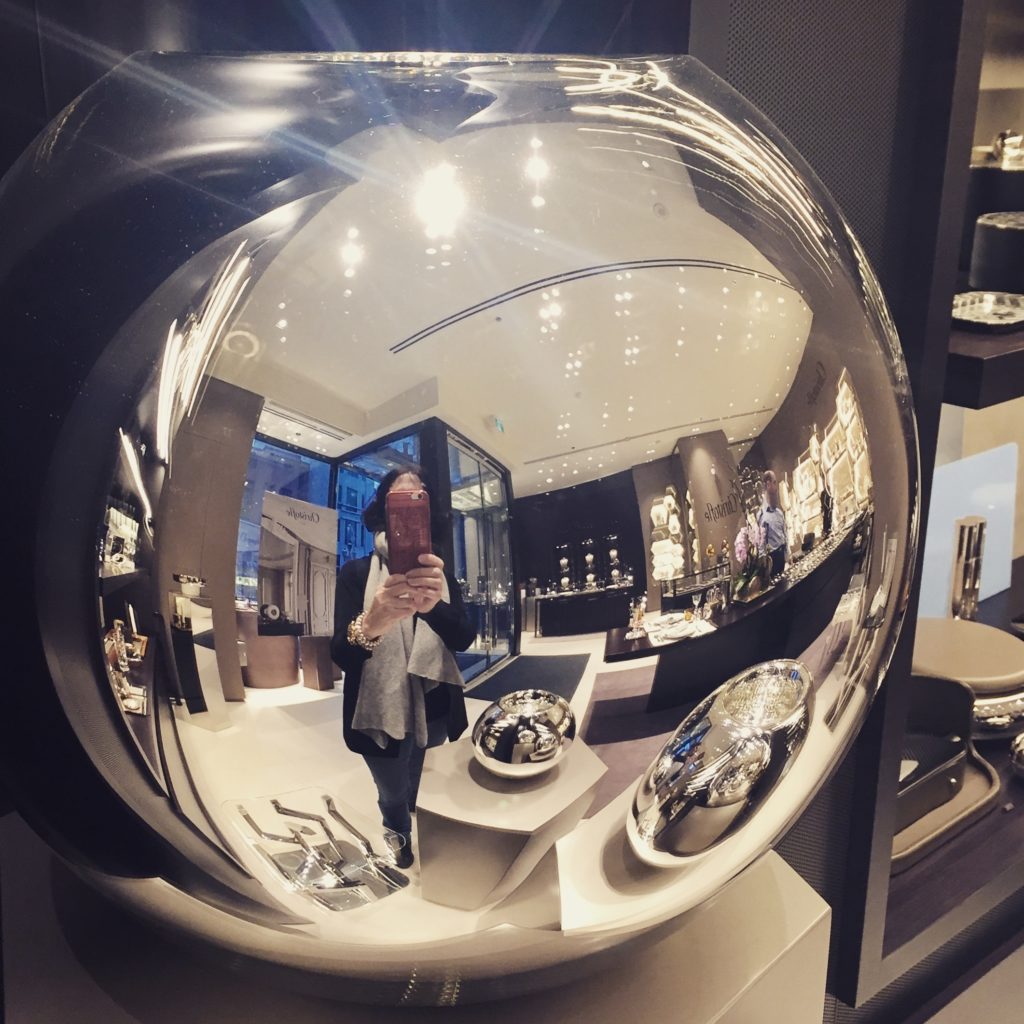 Inside the Christofle store on de la Montagne. 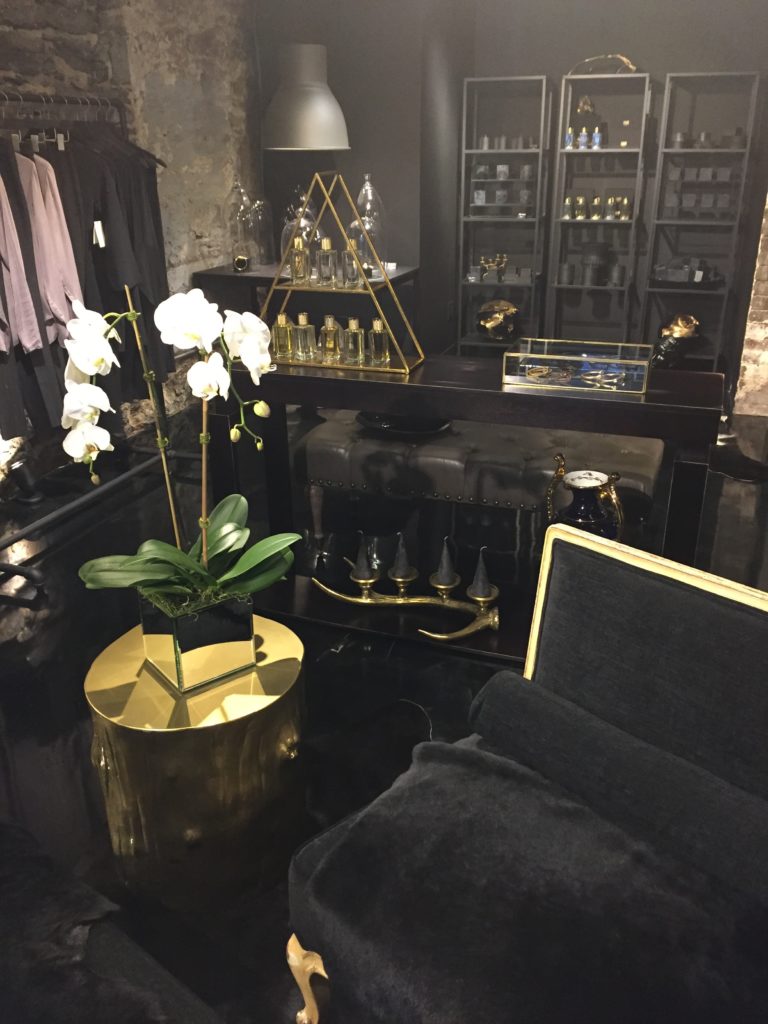 Inside Montagne, the popup that went permanent on de la Montagne. 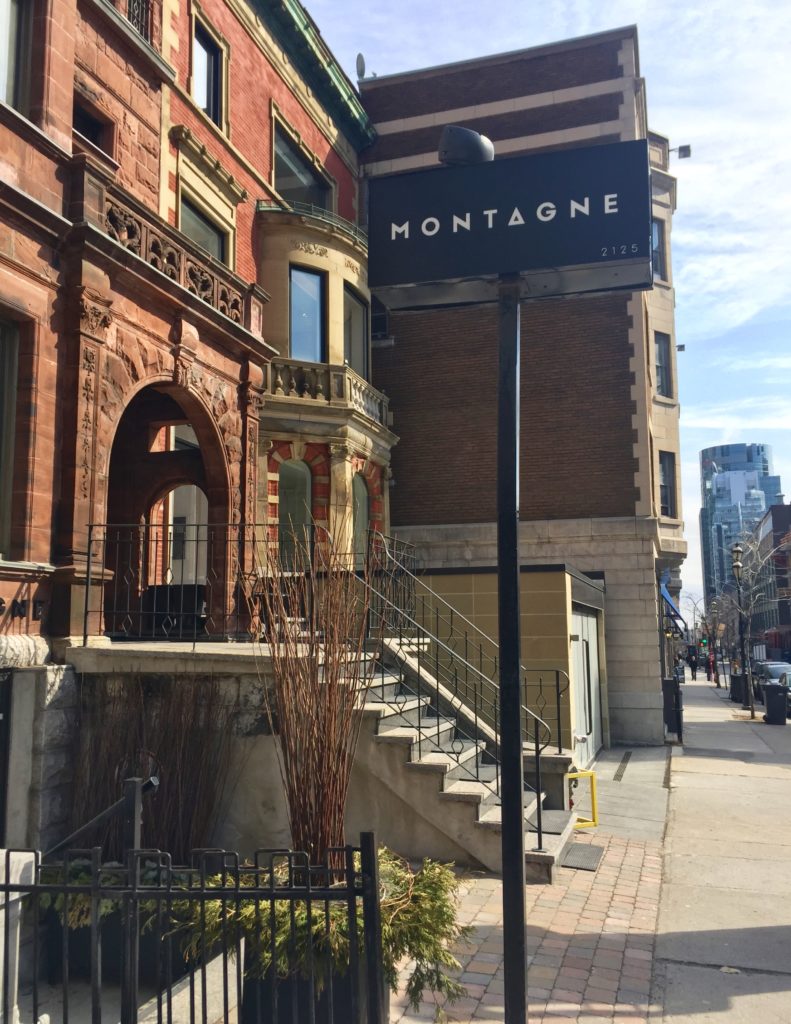 Montagne, a popup with an edgy luxe vibe, went permanent this winter, and Abe & Mary’s, the contemporary store on Jean Talon St. W., is expected to open in April. Another Montreal retailer is working on a new banner, but has yet to reveal details. Meanwhile, Diesel has shut down, leaving a gaping hole on the street – and perhaps a stellar opportunity for a retailer with big pockets and dreams. Still, Anthropologie, Château d’Ivoire, Marie Saint Pierre and All Saints remain shopping draws.

We had questions for de Gruiter, an alumnus of Brunello Cucinelli, before a few hundred guests invaded the space for an opening party Thursday night. The Champagne flowed, as did the Heineken.

“I roamed around the city quite a bit. I looked at the high streets, with so much traffic. But this street has so much character. I saw this building, and called up the landlord, because there was a For Rent sign in the window.

“The location near Sherbrooke – you have the Ritz Carlton, Holt Renfrew – everything was right.”

Q. What is your wardrobe go-to piece?

“I always catch myself grabbing is this navy traveller suit I am wearing right now. It’s totally deconstructed and it’s made from fabric that doesn’t wrinkle.”  He takes off his jacket and shows it through the light, explaining that the yarn is twisted so extensively that it always bounces back to its original shape.

Fit, he adds, is key to menswear.

“A silk knit jacket.” He shows the jacket, a tightly woven blazer in variegated navy or beige.

Q. What have you noticed about Montreal men?

“The guys dress up well. I’ve gone to restaurants, bars. People do take care. They’re style conscious, have a European flair. The reason we opened the store here in Montreal is because our web store business here is tremendous.”

“The secret is we make a very serious product and we don’t take ourselves too seriously. We have fun with what we do. It’s eclectic.”

Q. Is there a target audience?

“It’s for everybody who wants to be seen, and doesn’t operate within the system.

“Style is something you whisper, not scream.” 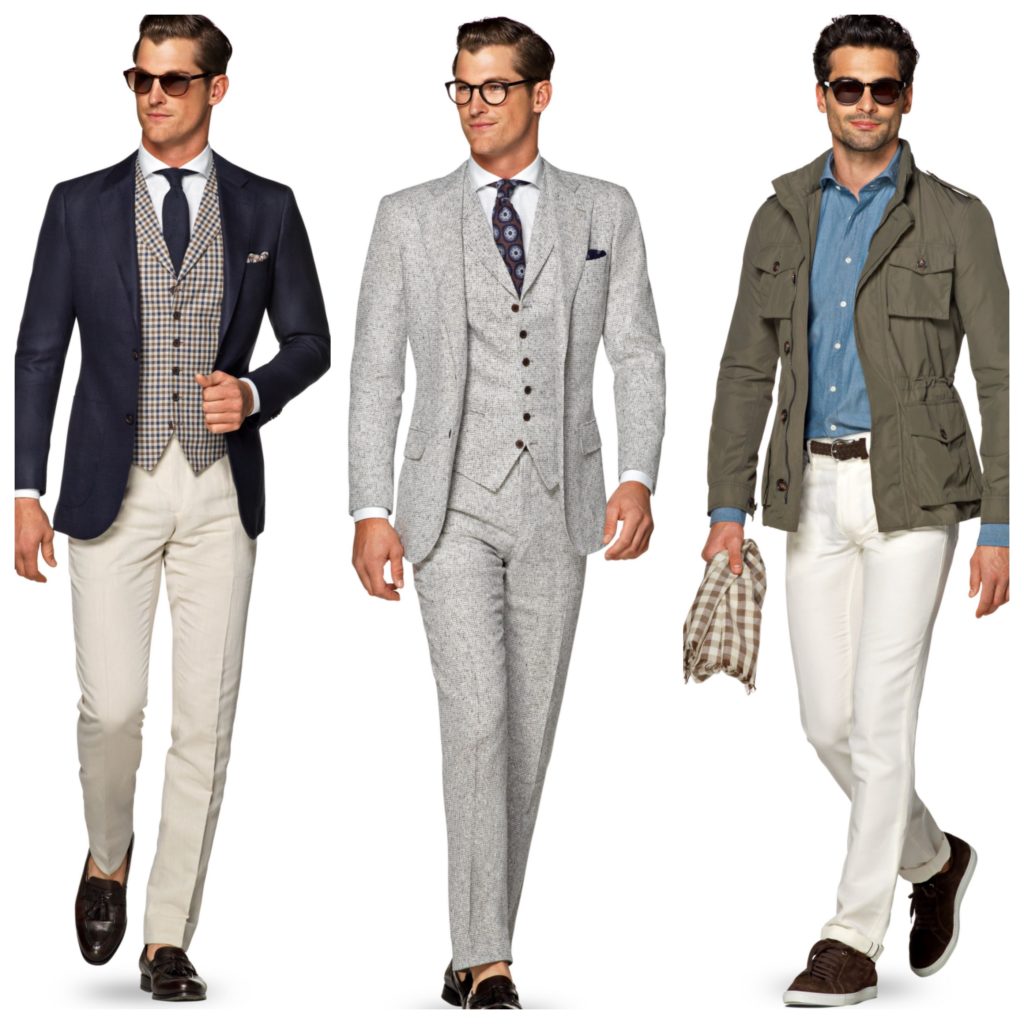